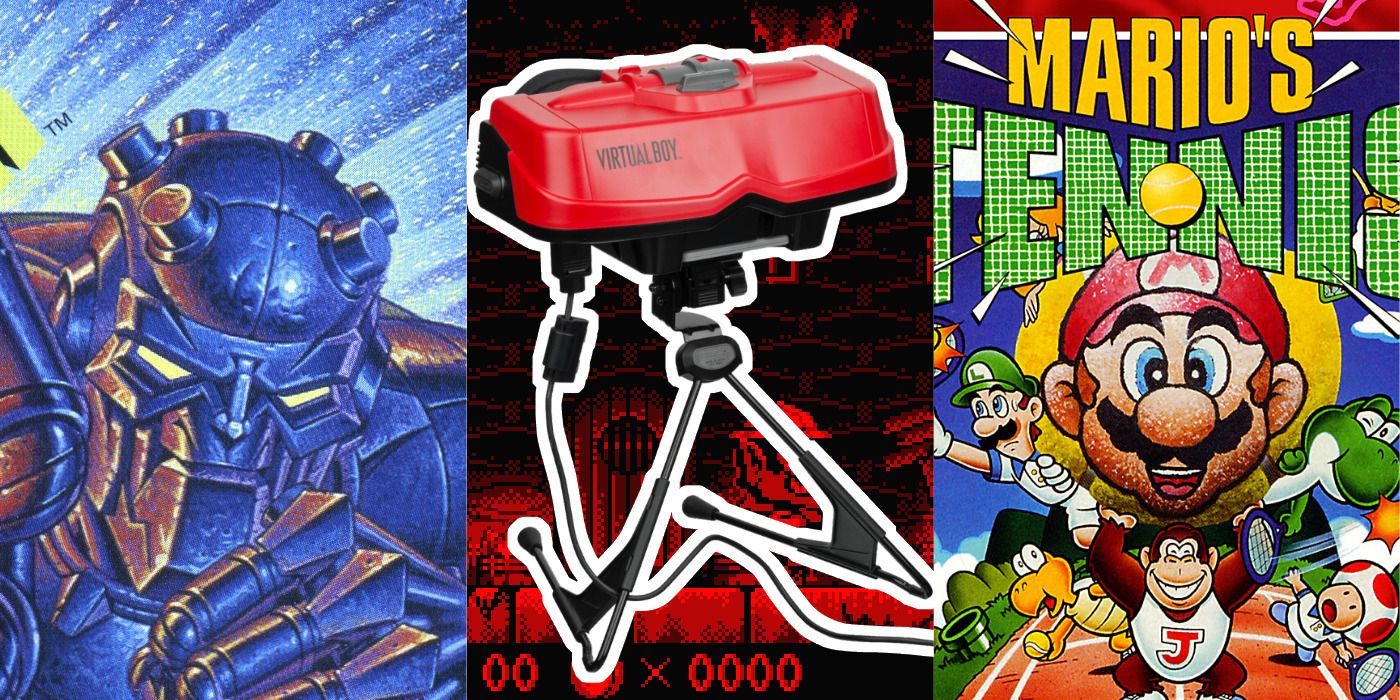 The Virtual Boy console was released in 1995 after Nintendo was in the midst of a period of success with their SNES and Game Boy video game systems. The console featured stereoscopy, which gave the illusion of three-dimensional space. Although this was a relatively new feature for the time, the Virtual Boy did not experience commercial success. This lack of popularity led Nintendo to discontinue it in 1996.

While people often refer to the console jokingly, some may argue that the Virtual Boy helped set the stage for future consoles using similar visual technology. During its short lifespan, only twenty-two games came out for the system, some of which are very enjoyable to play. These games aren’t as accessible as many other consoles, but if fans can find a way to play them, they are sure to have fun.

Pinball machines are a staple in arcades, and Galactic Pinball sought to replicate the experience using the visual abilities of the Virtual Boy. Limited by the technology of the day, the physics of the pinball tables in the game are not entirely accurate, but players can easily adapt to them. Although the use of 3D technology is limited, it helps give a little depth to the table when it is present. The changing table environments add an extra layer to the experience, and while there are only a handful of tables to play on, Galactic Pinball has enough fun gameplay to make it worth it.

Mario’s tennis has a legacy that long outlasts the Virtual Boy, being the first game in the Mario tennis series. It should receive partial credit for the success of the Nintendo 64 Mario tennis, which was released in 2000 and is considered one of the best non-platforms Mario Games.

It made good use of Virtual Boy’s visual abilities and featured fun, albeit limited, gameplay. Mario’s tennis still stands tall in its own right, and although it is less accessible than others Mario tennis titles, it has its place in franchise history.

Jack Bros. is an action game that features three initial playable characters: Jack Frost, Jack Lantern and Jack Skelton. By choosing one, players must try to lead Jack back to a portal that will only stay open for a short time. Players also battle malicious enemies on their journey.

Virtual Boy visual technology has not been widely used in this game, only being incorporated in a few different ways. Despite this, Jack Bros. is an exciting, time-sensitive adventure that features gripping gameplay.

There are a lot of video games from the 90s that are still scary today, and although Innsmouth no Yakata might not be one of those, it’s still a fascinating and captivating title for the Virtual Boy. The game features the player trying to escape from a monster infested mansion. The first-person experience requires exploration and ammunition management.

Since horror games have changed, current gamers probably wouldn’t find Innsmouth no Yakata as scary as it was when it was released, but nonetheless it’s a fun game with interesting monster designs.

Golf games aren’t always fan favorites, but Golf for the Virtual Boy is an entertaining look at the first three-dimensional visuals for video games of this genre. As the name suggests, it’s just about playing golf on a course.

There are many factors that go into swing making this game a bit more difficult to master than others. As the first 3D title, the visual rendering of depth is not as precise as in future games, but there are many aspects that are still enjoyable and can be a relaxing experience.

Using the three-dimensional functions of the console to a lesser extent, Virtual Boy Wario Land is considered one of the best Wario Games. In this title, players control Wario as he tries to find treasure, and they can use a host of abilities to progress around the map.

The game is similar to many two-dimensional platform games, but there are parts of the map where Wario can go in the background, making it an interesting visual experience. There are also a variety of different environments which keep the gameplay new and exciting.

While it may seem confusing to people who initially attempt to play it, Red alarm quickly becomes captivating and visually captivating. The gameplay involves players destroying enemy ships while progressing through levels.

RELATED: The Scariest Games Ever Released for the N64

Unlike many other shooting games of the time that involved spaceships, Red alarm allows players to control the direction of travel, leaving it up to them to explore the levels and find their way to the end of the course. The game can quickly become disorienting if players lose track of their place in the environment, but the title is otherwise fantastic.

Using the console’s visual technology more than many other games, Space squash introduces the player character, a robot, playing against opponents in a variety of stages. Players can use powerups to help them defeat common enemies and bosses, thus providing more opportunities to make the game more exciting.

The stages vary depending on the types of obstacles present, so while the basic premise of the game remains the same, it still feels fresh. The only problem is that while the game is called Space squash, most of the game does not actually involve sport, squash. Aside from this little problem, Space squash is a very nice Virtual Boy title.

Scrolling shooter games were quite common on early game consoles, including some made by Nintendo and deserving of remakes. Vertical force differs from many similar games of its time due to its use of Virtual Boy visual technology. In the game, players must defeat failing technology to save Earth.

On occasion, it can be difficult to tell the difference between foreground and background, which can lead to confusion in combat. Other than that, however, the game is very enjoyable and deserves to be recognized.

Teleroboxer, a first-person boxing game, features the player controlling a robot that fights other robots to progress. The game is not easy to beat, and players shouldn’t expect to defeat their enemies with ease. It can be frustrating at times, but if players want to challenge themselves, Teleroboxer is a great title.

The enemy robots each have a unique design, which helps the gameplay feel less repetitive. The visual effects of the Virtual Boy have only been incorporated to a limited extent, but even so, Teleroboxer is a fun, yet challenging game.

NEXT: 10 Game Boy Titles That Need To Happen To The Switch


Next
Marvel Comics: The 10 Best Multiversal Variants Of Classic Heroes