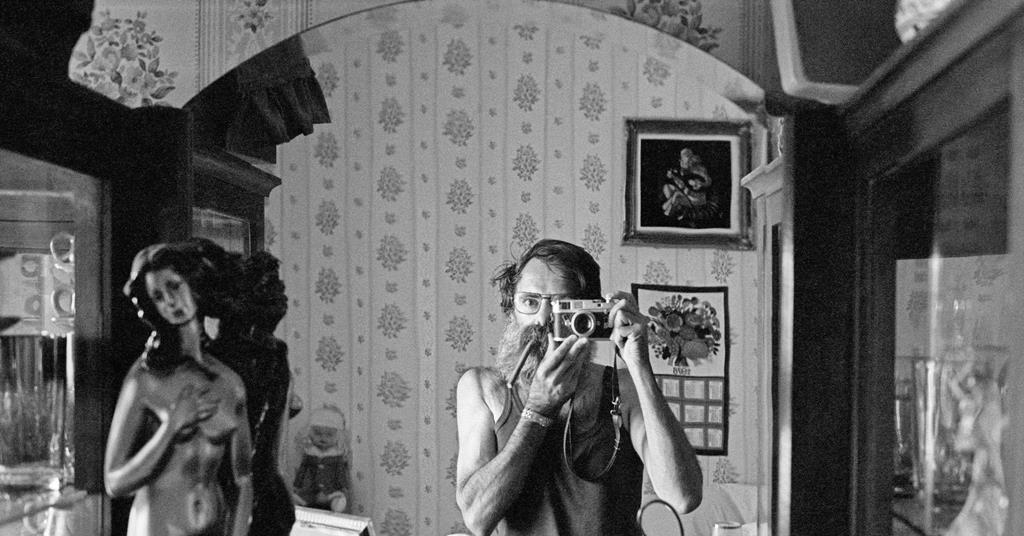 A living legend in a profession not exactly associated with longevity, Israeli war photographer Micha Bar-Am looks back on his turbulent nine decades in Ran Tal’s persuasive and admiring documentary 1341 love and war frames.

Premiering in the special Berlinale sidebar, the photo works perfectly as an accessible survey of remarkable photojournalism, an oblique chronicle of Israel in the second half of the 20th century, and the warm profile of an endearing and friendly. Or do two: Bar-Am’s wife of many years, Orna, clearly emerges as a remarkable person in her own right via the couple’s audio-only interviews with writer-director Tal.

This is Tal’s sixth feature film, all non-fiction. He is perhaps best known for his kibbutz-focused debut in 2007. Children of the Sun. Corn 1341 Love and War Frameswhich sensitively and intelligently deals with various burning issues related to Israel’s defense activities over the years, could put it more firmly on the map via possible participation in documentary and human rights festivals in the months future.

Tal’s smartest decision is to restrict the film’s visual element almost entirely to Bar-Am’s work: a myriad of his photographs are on display, in addition to contact sheets that present insight into his professional methods. The two main exceptions are brief excerpts from home movies: the first, near the start, includes stop-motion monochrome footage of Bar-Am and his family in 1930s Germany; color images of Orna are deployed for the delicately judged finale.

The order and rhythm in which the photographs (obviously selected from several thousand applicants) are presented then become crucial, and here the sure hand of experienced editor Nili Feller – a regular collaborator of Ari Folman on several projects including Waltz with Bashir – It’s obvious. Other behind-the-scenes notables include Adam Karev, responsible for scanning Bar-Am’s footage, and colorist Yoav Raz, who successfully captures the evocative hues of the maestro’s exceptional color work.

Most of his work, however, is in black and white: seemingly resistant to digital advances, Bar-Am comes across as an old-school photojournalist. As is always the case in this subgenre – whether it’s documentaries or pulse-pounding fictional counterparts like Oliver Stone salvador (1986) and Roger Spottiswoode under fire (1983) — the ethics of the profession are questioned, here via the polite but persistent investigation of Tal.

Bar-Am’s responses are articulate and thoughtful, though they don’t offer any particularly new or surprising insights into his personal codes and motivations (“you seek danger to feel alive; I’ve looked at death in eyes but I didn’t think”). The only real eyebrow is when this world-weary eyewitness to history compares the 1982 massacres of Lebanese Palestinians and Shiites in Shatila and Sabra with the Holocaust. Elsewhere, comments from Bar-Am, his wife and their now adult children show how much family life has been sacrificed in the name of an illustrious career.

And while the protagonist is generally a talkative talker – frequently interrupted, corrected, or reprimanded by his wife – there are some topics Bar-Am adamantly refuses to discuss, and others where he frankly admits that his failing memory makes him now default. Considering his many scrapes with death, of course, it’s a small miracle that Bar-Am is still around; the creators of 2017 hondrosabout the tragically unfortunate war photographer Chris Hondros, weren’t so lucky.

Tal weaves several instances of candid conversation between himself and the Bar-Ams, giving 1341 Love and War Frames a pleasingly rough feel even though the presentation of the photograph itself is still smooth. Bar-Am and his work are generally allowed to speak for themselves: Tal occasionally embellishes the footage with sound effects and sound effects; variable results accumulate.

The musical cues are deployed with restraint and mostly draw their weight, though the attempt to evoke the late sixties by means of Jefferson Airplane’s “White Rabbit” – via a cover of Zack Snyder’s Emiliana Torrini Sucker Punchof all places – incongruously smacks of cliché.