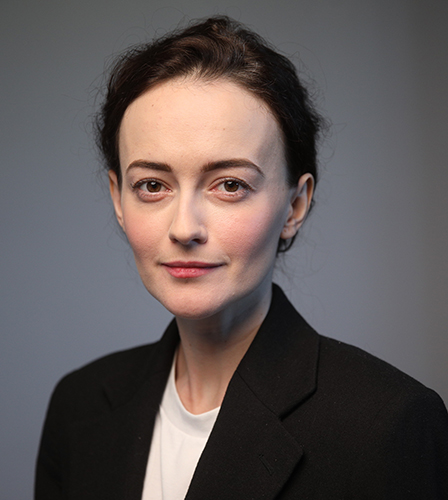 The 2022 Fleischaker/Greene Award for Courageous International Reporting has added a second recipient – Olga Rudenko and the Kyiv Independent staff in Ukraine.

Editor-in-chief Rudenko and her team at the Kyiv Independent did not shy away from telling the stories of their war-torn Ukraine. According to the publication’s website, “The Kyiv Independent is Ukraine’s English-language media, created by journalists who were fired from the Kyiv Post for advocating editorial independence.” Rudenko and the team of 32 journalists continue to report from their country’s front lines as Russia continues to wage a war that began in February this year.

Quadruple Pulitzer Prize-winning photojournalist Carol Guzy was announced as the other recipient of the prestigious Fleischaker/Greene Prize for Courageous International Reporting earlier this month. Guzy is the fifth reporter to receive the award from the Western Kentucky University School of Media, and Rudenko and her team will be the sixth. The WKU School of Media will host the 2022 awards ceremony at 4 p.m. on November 14 in the Gary Ransdell Hall auditorium.

Kim Greene, the award’s co-founder, said she was thrilled to be offering two awards this year. “Jon and I were unable to offer a prize in 2021 due to COVID,” she said. “Offering two exceptional journalists who bring the world outstanding coverage of this war is worth the delay.”

In 2008, Louisville attorneys Jon Fleischaker and Kim Greene established the Fleischaker/Greene Fund for Excellence in First Amendment Issues at Western Kentucky University. The award recognizes a journalist who often reports in dangerous circumstances to protect free speech and lead efforts to better understand underreported populations. The Fund also supports WKU’s Fleischaker/Greene Scholars program, which gives top students in the School of Media the opportunity to take an advanced course in special topics and brings in nationally recognized guest speakers on journalism and prime-time issues. amendment on the WKU campus.

Past winners include Lineth Bedoya Lima in 2016 from Colombia, Lotfullah Najafizada in 2017 from Afghanistan, Marcela Turati in 2018 from Mexico and Jessikka Aro in 2019 from Finland.

Guzy will receive the award via Zoom on November 14 from Ukraine where she continues to report for Zuma Press. It is not yet determined whether Rudenko will be able to join the Zoom presentation. To see the full list of Kyiv Independent staff, visit the link: https://kyivindependent.com/team

For more information on the winners and the awards ceremony, contact Jeanie Adams-Smith, professor of photojournalism, at 270-745-4144 or [email protected]