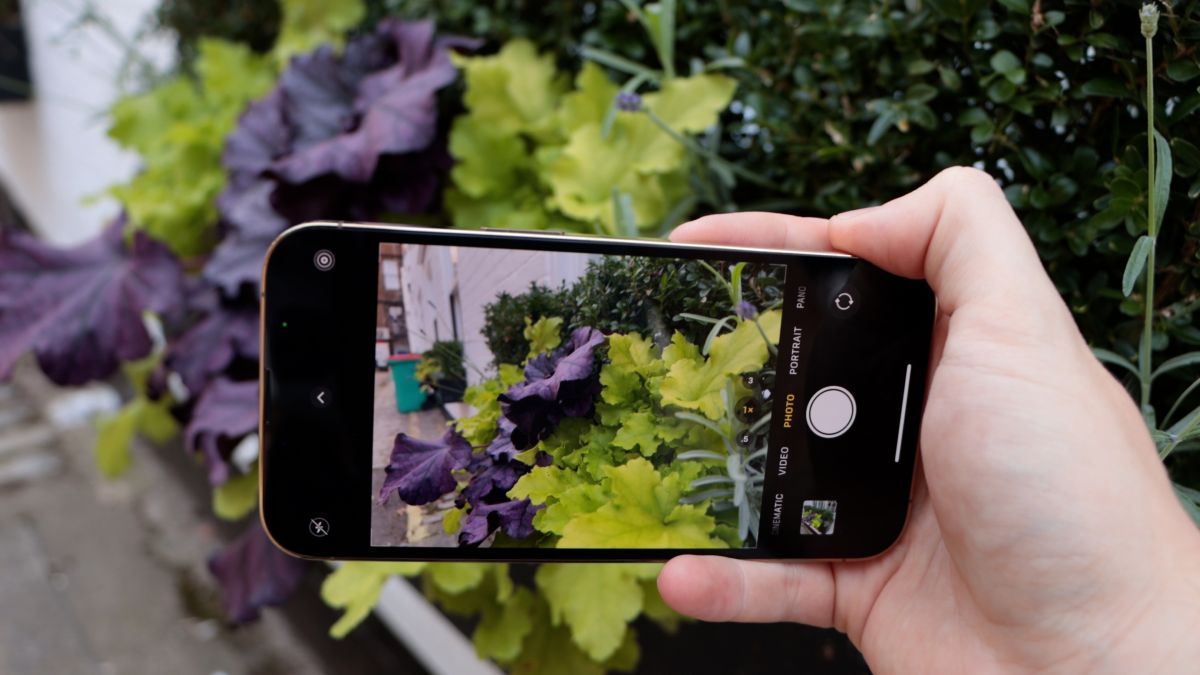 Cameras are both one of the most exciting and often disappointing parts of smartphones, especially at the high end.

Companies like Apple, Samsung and Google are constantly advancing smartphone photography, with more megapixels, improved algorithms, larger sensors and new lenses. But if we told you that a flagship phone had three rear cameras, you’d probably be able to guess what they do.

Inevitably, there would be a wide-angle, an ultra-wide-angle and a telephoto lens, probably offering around 3x optical zoom. Two lenses? The telephoto lens will not have done the trick.

There are exceptions, and once you add more than three lenses to the mix (or switch to lower-end phones) things get slightly less predictable, but for the most part you get about the same camera setup on most smartphones – just with different qualities of hardware and software.

There are good reasons for this. The lenses that smartphone makers have settled on tend to be some of the most useful for most people. But what about people who don’t want this combination? Or do you just want to be able to choose? For these people, we want to see more of the following features offered.

The Sony Xperia 1 IV stands out in a number of ways, but perhaps most importantly for offering continuous optical zoom.

Yes, it’s yet another phone with a wide/ultra-wide/telephoto combo, but this telephoto lens can smoothly transition from an 85mm focal length to a 125mm distance – or anywhere in between. . This equates to an optical zoom of between 3.5x and 5.2x.

The vast majority of phones only offer optical zoom at one focal length, and if two are offered it usually takes two lenses, like on the Samsung Galaxy S22 Ultra which offers both 3x and 10x optical zoom. But doing it this way still means you can only optically zoom to those two levels, not the steps in between.

Continuous optical zoom is therefore much, much more versatile, and it’s something we want to see more phones offer – and not just those made by Sony.

The primary lens on a smartphone is almost always around 25mm, but on phones that also have an ultra-wide camera and a telephoto lens, an argument could be made for a 35mm primary snapper instead, because it’s more of a middle ground between the two in terms of focal length and how much you can get in the shot.

Motorola has recognized this, as it plans to offer a 35mm lens on the upcoming Moto X30 Pro. In fact, there’s apparently no ultra-wide here, with the other two sensors being 50mm and 85mm (so they’re more zoomed in).

It’s the sort of unusual setup we’d like to see more manufacturers experiment with, but especially the 35mm bit, as it’s a focal length you’ll rarely find on a phone, despite its versatility.

Macro cameras have had a weird time on smartphones. Take a high-end phone and it almost certainly won’t have a dedicated macro lens, and while some have macro modes attached to their ultra-wide lenses, these can be hit or miss.

Cheap phones, on the other hand, often have dedicated macro lenses, but these are usually low-quality options offering only a few megapixels.

We’d like to see more emphasis on great macro hardware and software, whether dedicated lenses or not. Phones like the Oppo Find X3 Pro with its microlens are rare examples of high-end handsets that pump a little more money into the macro side, and the results can be seriously impressive, so more of that please please.

If you want a smartphone with really long-range optical zoom, such as 10x, then your options are basically Samsung or sometimes Huawei. Other brands rarely go beyond 5x and in most cases stick to around 3x or even 2x zoom.

Still, there are plenty of use cases for a 10x zoom, from photographing distant (or wayward) animals to high detail on buildings or on boats in the water. These types of cameras can also be surprisingly capable of shooting portraits.

We don’t need every phone to have a camera capable of this, but we wish we could get it without buying one of Samsung’s best handsets.

Typically with a DSLR or mirrorless camera you can control the aperture, changing it to adjust the depth of field and the amount of light reaching the sensor. Being able to adjust this is a key part of composing shots, but for the most part it’s not possible on smartphones.

Samsung tried this on the Galaxy S10 and Galaxy S9 lines, but has since abandoned the idea, which is a real shame as it can have a big impact on your photos.

So we’d love for Samsung to bring that back – and for other manufacturers to join us. This could definitely help their handsets rank among the best camera phones.