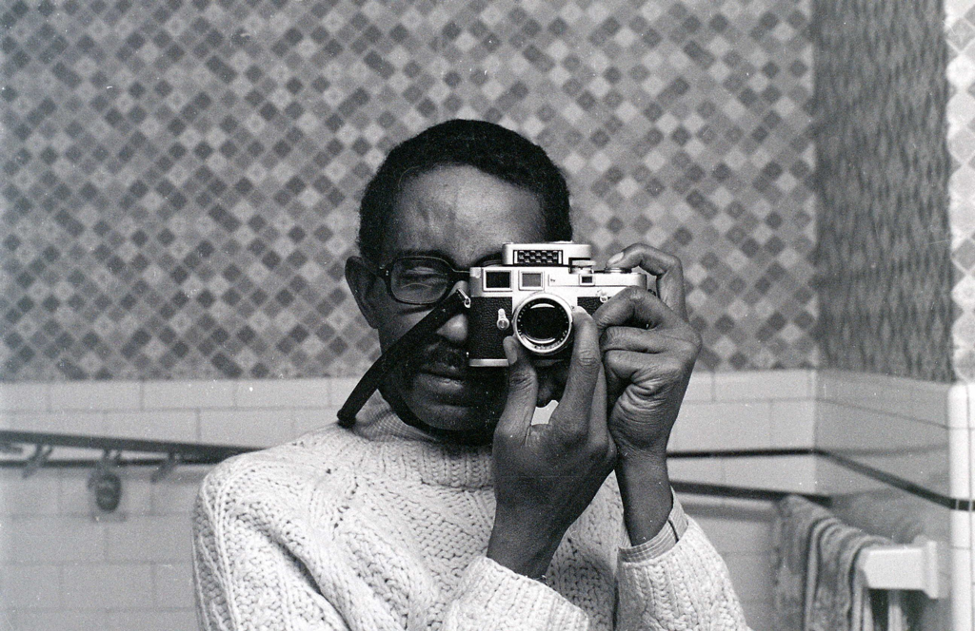 “A photographer who shot with the heart”

By William L. Anderson Last updated Oct 10, 2022
Share
BEFORE THERE WAS the powerful imagery of Afrofuturism, Vibe magazine, or hip-hop, there was Robert Houston capturing the soul of a people through his lens. At least that’s how Renaissance man Gordon Parks saw it, and he said it. With Howard Bingham, Carrie Mae Weems, Chester Higgins, and other visionary photographers of the late Harlem Renaissance and early Black Arts Movement, Houston revealed a new vision of African American life. The day after Martin Luther King Jr. was assassinated, Houston quit her job to become a full-time documentary photographer. He wouldn’t travel to foreign lands or shoot hot celebrities – he made a profession of virtue, focusing on the least of us. His unwavering gaze on his signature subject, which many prefer to look away from – poverty – was unwavering.

The work of Houston, who died in 2021, is featured prominently in a Smithsonian exhibit titled City of Hope: Resurrection City and the 1968 Poor Man’s Campaign. In his 1964 State of the Union address, President Lyndon Johnson declared “all-out war on human poverty and unemployment in these United States”, proclaiming that “[o]Our objective is not only to relieve the symptom of poverty, but to cure it and above all to prevent it. At the time, 19% of Americans, or about 35 million people, lived below the official poverty line. King realized how poverty affected citizens across racial lines, so he organized a coalition to meet in May 1968 at the National Mall and “demand federal funding for full employment, a guaranteed annual income, anti-poverty programs and housing for the poor”. He invited members of the Mexican American, Native American, and Appalachian communities to accompany him (although he was assassinated on April 4 before the assembly). Houston was there to chronicle the protest with her camera.

“There was a kind of love there,” Houston would later say in an interview captured by the Smithsonian for the National Museum of African American History and Culture. “A mutual respect, a sharing and an understanding that everyone had experienced the same thing. If they hadn’t already known poverty, they were there, or about to enter it. His mentor Gordon Parks would be amazed by the work of his peerless prodigy:

We find him immersed in the problems of poverty and inhumanity. People of all colors who suffer from these problems come and go, and sometimes they tend to disappear. But wherever they go, the Houston camera seems to be there, ready to take another look.

Chester Higgins, photographer for The New York Times, echoes those sentiments: “I like his sympathetic eye. A photographer who shot with heart.

Houston’s family, a coterie of cunning and strong women, knew him as a great gentleman as well as a great photographer. At a time when the rude and the vulgar rose to the top of our culture, Houston belonged to a rare and distinct breed: he was caring and chivalrous. Perhaps most notably, he was a man who understood that life is of service to others, not just to oneself. Nature provided Houston with exquisite gifts, rare opportunities, and an ambition to serve, and her service—to her community and to the world—was exemplary.

Houston’s niece Tori Reid, a global storyteller in her own right who worked with the homeless in Atlanta, acknowledges her lasting influence. She takes undoubted pride in her uncle’s accomplishments, but even more so in the quality of his person. As she notes,

He was silent. Perhaps it was misunderstood. Only spoke when there was something valuable and valuable to him, so he spoke and spoke with power. He was very serious about what was important to him. It was a “calm waters run deep” thing. He was a proud spirit and a fierce protector of his tribe. I remember all that work with him as a photographer on the set of the film Once upon a time… when we were coloredand throughout his life.

Houston’s wife and lifelong partner Greta and their daughter Erika Grant offered moving eulogies at her memorial service, with Grant reading some memories of her late father:

I met a beautiful young woman named Greta, from Berkley, Virginia, outside the dining room. From then on, we were inseparable, despite the distance when Greta transferred to design school in Richmond, Virginia. I knew it was my kindred spirit, when I found myself hitchhiking regularly from the East Coast to Norfolk, Virginia for four years.

I knew I had found this one when I mailed the ring and letter to her parents, asking for her hand in marriage while stationed in Ft Jackson, SC with the US Army. […] From our union of 63 years we have created four wonderful children. As a family living in various northeastern states, I was exposed to various jobs that led me to hone my skills as a photographer and ignite my civil rights advocacy, leading me back to my first true love. … photography.

This was Robert Houston’s journey, highlighting the humanity of black and white folk. His own light shone on those who were in darkness, granting dignity to the dispossessed. Houston’s work was particularly focused on social injustice, human rights, poverty, and homelessness in the United States. Like other great warrior photographers in our movement, he captured our sense of who we are and awakened our consciousness with his fearless eye.

Emerging from the global pandemic, with its new generation of dispossessed, Houston’s legacy remains eerily prescient. The United States and the world would do well to heed his call to testify: “Don’t look away, we are talking about our lives and our souls here. They are precious. They are sacred. They are holy. They are you. They are me. Houston’s unwavering gaze was shining with compassion, warmth and kindness, brilliantly capturing the light of our shared humanity.

Patrick A. Howell is the author of Dispatches from the Vanguard: The Global International African Arts Movement Against Donald J. Trump (2020)as well as a first book of poetry, Yes we are (2018). His essay “Trinidad” was published in The repetitive book of heroism earlier this year.

How to protect your privacy from smart device cameras | Opinion