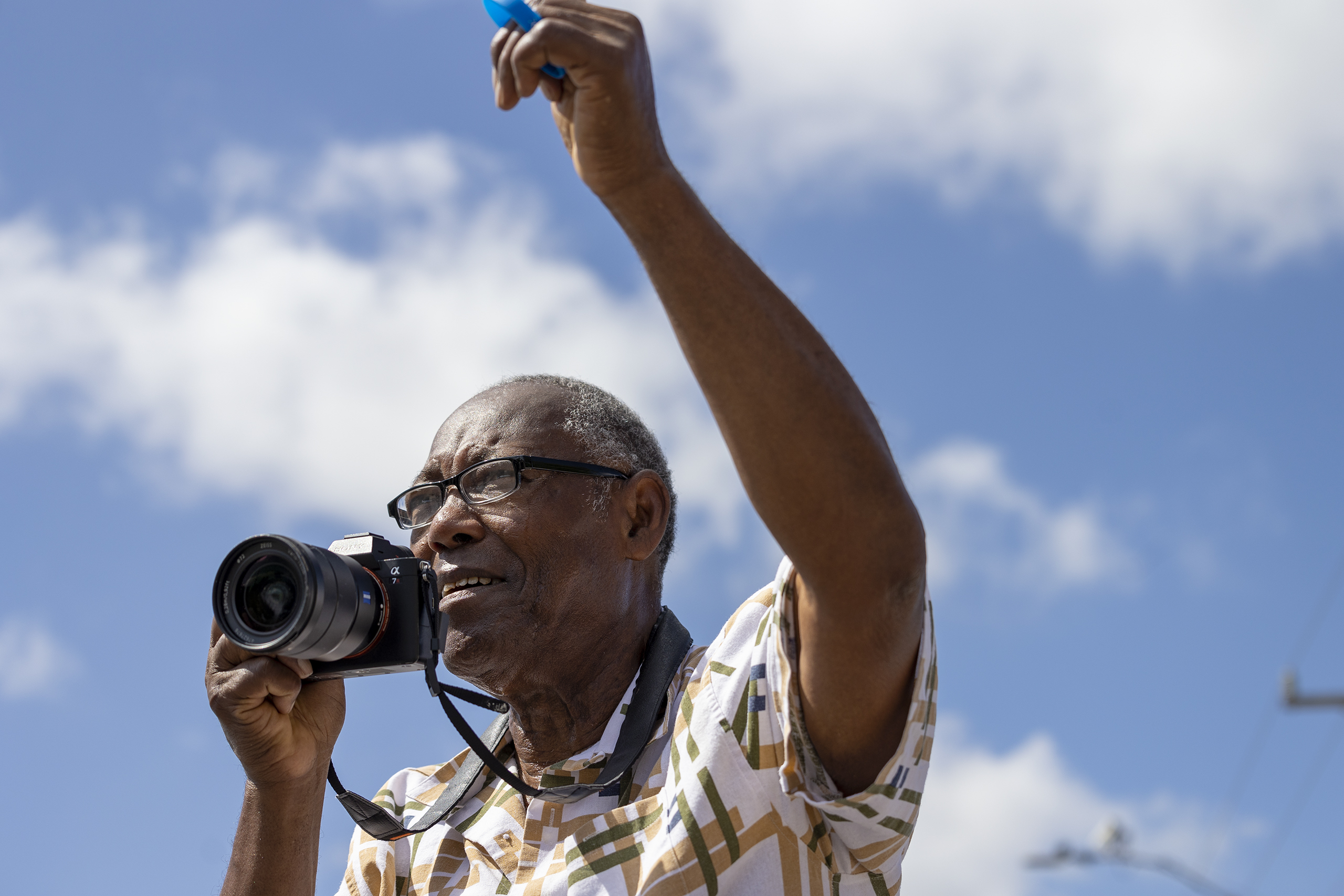 San Antonio photographer Allee Wallace is 87 years old and crammed with decades of Texas history that won’t be taken away.

In his personal story, Wallace overcame challenges, going from picking cotton for $2.50 a day to becoming a college graduate and instructor, then serving in the military, then diligently documenting San Antonio’s black community. .

His most recent challenge came with the coronavirus pandemic. Wallace and his wife, Doris, were among the first San Anton residents to be infected with COVID-19 in March 2020. As the San Antonio Observer reports, Wallace survived a month in intensive care. His wife, Leola Doris Wallace, died on March 21, 2020, at the age of 83.

When the tall, soft-spoken but energetic Wallace speaks, he’s mostly talking about his faith and the practical side of photography. It’s important to remember to have an SD card in the camera’s memory slot, he will advise, recalling with erasure how he once ran to take pictures during a June 19 parade before realizing that his camera was empty.

When asked what motivated him to continue documenting the annual June 19 celebrations, annual Martin Luther King Jr. Day marches, and life on the East Side of San Antonio since moving to San Antonio from California in the early 1980s, Wallace simply replied with a smile, “I can’t help myself.

Wallace said his photography career began at age 8 in his hometown of Sugarland when his mother gave him $10 to run to the store and take a camera before a family event, dubbing him the official photographer. of the family.

Since that first experience, he has worked as a photo lab technician while serving in the U.S. military, studied photography while a student at Texas Southern University, was artist-in-residence at the Southwest Craft Center (later the Southwest School of Art), attended a workshop in California led by renowned landscape photographer and conservationist Ansel Adams, and photographed the Eastside community of San Antonio for the black-owned weekly SNAP.

Wallace said he began documenting the MLK march as a volunteer, then was hired as an official photographer by the city of San Antonio under then-mayor Henry Cisneros when the MLK march was became an official event in 1987. Over the years, he has compiled thousands of images of dignitaries attending the parade, as well as the marching crowds that make the event one of the largest in the country.

When asked what Wallace means to the Eastside community, activist Nettie Hinton said: ‘I hope they recognize how important he is because he documents us over time, about how we have grown and prospered, but also how we continue to focus on the things that are important.

Fellow photographer Al Rendon, who has spent nearly 50 years documenting life on San Antonio’s West Side, said he considers Wallace his Eastside counterpart, although the two have often met to photograph festivities throughout the city.

“All these photos that he took and that I took in our careers as photographers, they are little snapshots. They’re little epiphanies of what life was like in those days,” Rendon said.

The story through a personal lens

Wallace focused on local life in his adopted hometown, but the larger story of black life in America is never far from his lips. During a recent presentation at the Carver Library about his work documenting life on the city’s East Side since the early 1980s, Wallace began by talking about slavery. It first focused on the personal suffering of people caught up in the horrific system that underpinned America’s first economy, then moved on to their initial struggles for freedom via the Underground Railroad.

Wallace then turned to Texas, where he said slave owners moved as the Union army moved through the southeastern states. The struggle for freedom in Texas lasted well beyond President Lincoln’s Emancipation Proclamation of January 1, 1863, and even beyond the end of the Civil War.

It was not until U.S. Army General Gordon Granger arrived in Galveston on June 19, 1865, to deliver General Order No. 3 to the Confederate resistance fighters in Texas, that all former slaves were finally freed.

That day marked the start of what came to be known as June 19th celebrations, first in Galveston and nearby Houston, then throughout Texas, and eventually throughout the rest of the United States. Last year, President Joe Biden declared June 19 Independence Day a public holiday.

When Wallace evades questions of his motivation for diligently recording the annual celebrations, he does so deliberately.

“We were cotton pickers living in a little town called Sugarland, Texas,” he said, recounting how his mother, Annie Mae Ward, slung him as a baby while she worked. , teaching him to pick the fluffy one. white fibers without pricking his fingers on the sharp barbs of the pods.

The power of song

Ward would go on to become a self-made millionaire in the California nursing home industry, while his son would find his own successes, now in distinguished second and third careers.

Wallace earned a dance scholarship to Texas Southern, but when the dance department folded, he turned to music, focusing on spiritual singing. He has put his talents to work in churches and prisons in Texas and has just completed his first recording of an original spiritual, “Thank You Lord For Saving My Soul”. He announced during his Carver Library appearance that he hopes to release an entire album soon, titled What kind of man is heafter the bible verse Matthew 8:27, honoring Jesus Christ.

As if to demonstrate the power of spirituals to give hope and courage in difficult times, Wallace launched into a full-throated song, telling the story of the Underground Railroad and how the lyrics were used to inspire and instruct:

He hopes to perform his own songs publicly, but in the meantime, familiar plans will keep him busy. When San Antonio celebrates Juneteenth this weekend and the MLK March next year, Wallace will be there, camera in hand.

“I walked a lot,” he said, feeling his age. But, he said, his faith will once again propel him forward. “Every year, lately, I’ve been like, ‘Man, this is my last year covering the march. And then the Holy Spirit said, ‘Rise up, come out again, again.’ »