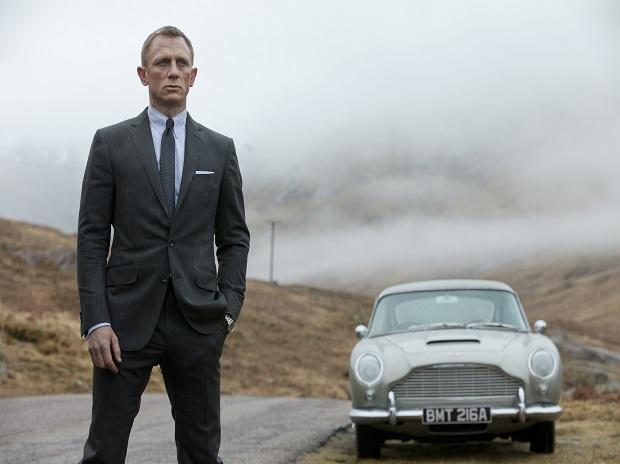 As James Bond films turn 60, his memories go under the hammer


Watches, clothes, cars and other ‘classified’ items used by James Bond, the silver screen’s most popular spy, will go on auction at Christie’s next month.

The two-part charity sale, which will include 60 lots, marks the 60th anniversary of films about 007, the code Commander Bond is tied to. Since the release of the first Bond film, Dr. No, in 1962, the films have achieved cult classic status and have global audiences.

The online auction, titled ‘Sixty Years of James Bond’, will be held from September 15 to October 5 in two lots. The first will include 25 bundles that will come from Daniel Craig’s latest film, No Time to Die (2021), and the second, of 35 bundles, will include 25 old Bond classics, and will feature props, posters and other memorabilia. This auction is the fourth of its kind for Christie’s.

The live auction on September 28 will end with six lots, each featuring one of the six actors who have played Bond: Sean Connery, George Lazenby, Roger Moore, Timothy Dalton, Pierce Brosnan and Daniel Craig. Each lot will be sold to benefit a charity chosen personally by the respective actor or their estates, according to Christie’s.

Christie’s officials declined to provide an estimate of what they hoped to rake in from the current auction, but art collectors say the past two years have pushed the boundaries of art across the board.

It is difficult to provide a total before a charity sale. The last three official auctions of Christie’s 007, which together brought in $7,196,146, give an idea. In 2012, Christie’s and EON Productions presented 50 Years of James Bond.

So what were Bond’s possessions that went up for sale earlier?

In 2014, on the 50th anniversary of the world premiere of Goldfinger, a 24k gold plated third scale replica of the iconic James Bond Aston Martin DB5 was sold by Christie’s and EON Production. And at the 2016 auction, the top lot – of 24 items offered in a live, online auction – was an Aston Martin DB10, which sold for $3,476,466.

The sale will also feature watches worn by Bond. Two of these will be Omega watches from No Time to Die: an Omega Seamaster Diver 300M 007 Edition, which is a military-style titanium automatic diver’s wristwatch with mesh strap worn by Craig, designed with input from the actor and estimated between £15,000 and £20,000; and an Omega Aqua Terra worn by Craig in the opening sequence (estimate: £15,000-20,000).

“James Bond first wore an Omega in GoldenEye in 1995. Since then, 007 and his watch have been inseparable,” an Omega spokesperson said, adding, “Our shared adventure spans nine films: GoldenEye; Tomorrow never dies; The world is not enough; Die another day; Casino Royale; Quantum of Comfort; falling from the sky; Specter and the newest No Time to Die.”

Christies is not alone. Separately, rival auction house Sotheby’s will also present ‘James Bond on Bond Street’ this fall with an auction of over 100 items related to Ian Fleming’s creation. These will include a full set of first edition books, rare posters including the first James Bond poster from 1962, a limited edition signed gold-plated replica of the Golden Gun and a limited edition Bollinger champagne set.

The Indian souvenir market, however, is still relatively untested.

“Bollywood and cricket, the country’s two main passions, have had very little exposure to memorabilia monetization,” says Sandeep Goyal, an advertising and media entrepreneur specializing in celebrity ratings and endorsements. “Amitabh Bachchan related stuff would do well. He has the biggest fan base in India. Next in the pecking order would be Sachin Tendulkar and MS Dhoni.”

The Xiaomi 12s Ultra is the best camera phone I’ve used, but one thing is missing