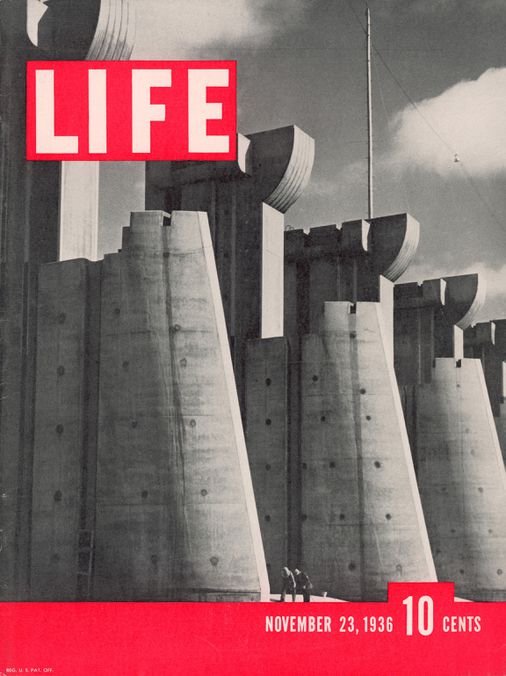 At the MFA, a new show looks back at what life left behind

Life was truly a generalist, information-hungry magazine, and for its first quarter century that helped make it a phenomenal popular success. This same omnivority then proceeded to condemn him. Television has offered advertisers more eyeballs. More targeted posts offered better demographics.

Get the Big Task

Your guide to staying entertained, from live shows and outdoor entertainment to what’s new in museums, movies, TV, books, restaurants and more.

The scale of its success justifies the Life name in a different way. It is estimated that at the height of its popularity (and impact), the magazine was seen weekly by 1 in 4 Americans.

“Life Magazine and the Power of Photography,” which opens at the National Gallery on October 9 and runs through January 16, largely focuses on two opposing interesting things: how Life justified its name (the comprehensiveness and ambition of its approach and the impressiveness of its routine operation) and how it failed to do so (its very considerable biases and blind spots). A collaboration between the MFA and the Princeton University Art Museum, the exhibition was curated by Kristen Gresh of the MFA, Katherine A Bussard of Princeton, and independent curator Alissa Schapiro.

What sets Life apart from other American magazines, as the show’s title suggests, is its focus on photography. Several European magazines preceded him in this emphasis: VU, Berliner Illustrirte Zeitung. Other American magazines will follow the example of Life: Look, Ebony. But Life made more pictures and made them better than any other mainstream magazine. It was the “show” part of Luce’s “Show-Book of the World”.

It’s not that the text doesn’t matter, and does matter a lot: Ernest Hemingway’s “The Old Man and the Sea” first appeared in the pages of Life, as did the cover by Norman Mailer of the Apollo 11 moon landing and Ali-Frazier’s first combat. . But think of life, even today, and the association is almost sure to be photographic: Yousuf Karsh’s portrait of Winston Churchill in 1943; Robert Capa’s photographs of the D-Day landings; Alfred Eisenstaedt’s photo of a sailor kissing a woman in Times Square on VJ Day; Blurred color footage of John F. Kennedy’s assassination from the film Zapruder (owned by Life). More than famous, these images are familiar, part of our collective understanding of those years. All are in the show.

Another example is JR Eyerman’s photo of a 1950s movie audience wearing 3D glasses. Contrary to this image, Eyerman is not famous. Many of Life’s photographers, both staff and freelance, were: Margaret Bourke-White, Gordon Parks, David Douglas Duncan, W. Eugene Smith, Henri Cartier-Bresson. Everyone has a job here.

It’s a sprawling and ambitious fair, with some 180 exhibits. Some of the coolest stuff is behind the scenes: contact sheets, dummy layouts, shooting scripts, memos. The procedural aspect even extends to some of the famous images. Several are displayed with both sides visible, revealing editorial comments on the reverse. Bourke-White’s “Fort Peck Dam, Montana” press release, the magazine’s first cover photo, reads “Famous Picture: Do Not Circulate” on reverse.

As a mass-produced artifact, the magazine was a 52-week-a-year wonder. One of the first things a visitor sees are four photographs showing the magazine being published. They recall how great a success it was to release several million copies of the magazine.

What made this terrific insidious (not too strong a word) was Life’s implicit message: that the magazine’s sensibility truly reflected its name. Being about “life” meant that it was in no way narrow or subjective in its interests, attitudes, assumptions. Without wanting to overdo it, but seen from this angle, “the general interest” was a version on coated paper of Rousseau’s general will. Or it was once the traffic was high enough.

This is, of course, nonsense. With hindsight, it’s clear what the magazine’s biases were (they were all the more pronounced at its sister publication Time). The life sensibility was white, masculine, affluent, triumphant, optimistic, staunchly anti-communist, much less staunchly pro-civil rights (although certainly in favor of some kind of “those things take time”), and so inherently pro-American as not even to realize that there might be an alternative that isn’t at best misguided and at worst downright mean. It was, after all, in the pages of Life that Luce published his famous essay “American Century.”

Throughout the show, various biases and related editorial shortcomings are pointed out. The most surprising are the sins of commission. A photo released of Soviet leader Nikita Khrushchev visiting the Lincoln Memorial tweaked the main image slightly to tidy up the composition. Luckily, it’s pretty commonplace. The most pernicious are the sins of omission. Charles Moore’s images of police dogs attacking civil rights protesters in Alabama in 1963 are so shocking and explicit that it’s hard to imagine that the watered-down captions and story prevented many readers from understanding the nature of what had happened. But as the accompanying wall text details, the words that accompanied the photographs are startlingly different from what the photographs present.

The curators have done prodigious research in the archives of the Life. Perhaps the breadth of their knowledge leads them to wonder what their readers know or can figure out for themselves. The wall text accompanying Bourke-White’s 1937 photograph “At the Time of the Louisville Flood” describes how his “juxtaposition of a billboard depicting a smiling white family extolling ‘the American Way’ and the ‘ world’s highest standard of living” above a line of black Americans waiting for flood relief highlights the disparities between publicity and reality, as well as racial and economic inequalities. Well, yes, absolutely, and 2 + 2 = 4.

Presumably in an effort to give the exhibition a sense of relevance and added moral weight, not that it doesn’t already have both, the exhibition includes the work of three contemporary artists: Alexandra Bell, Alfredo Jaar and Julia Wachtel. The idea is that they “frame broader conversations about implicit bias and systemic racism in photojournalism and contemporary media, inviting us to reflect on ourselves and our inherited historical narrative.” It is a difficult memoir.

Bell reworks several front pages and covers of New York Times columns to highlight various biases and a lack of objectivity. She darkens the text, writes editorial comments, etc. This is useful and informative. But it’s also slightly disturbing, but not in the way Bell probably means it, because his presentation implicitly implies that his own opinions are themselves somehow objective and unbiased.

What Bell, Jaar and Wachtel seek to do, explains another wall text, is “to interrogate the news media through their practice.” Any such undertaking is good and welcome and may even be illuminating when, or if – and here, of course, the opinions of someone who is himself in the news media could justly be viewed as suspect – it also strives to “question” its own assumptions. , prejudice and practice. Otherwise what you get is self-righteous cant. It’s up to the viewers to decide if such double questioning took place.

The show ends with a nice flourish: a very circa-1969 alcove. It has shag carpeting, a few TVs showing footage of the first moon landing, and a two-tier glass and metal coffee table. Included is a copy of the show’s catalog and four deployed copies of Life. It’s a reminder of material culture how life could be part of everyday life, you know.

LIFE MAGAZINE AND THE POWER OF PHOTOGRAPHY

Mark Feeney can be contacted at [email protected]