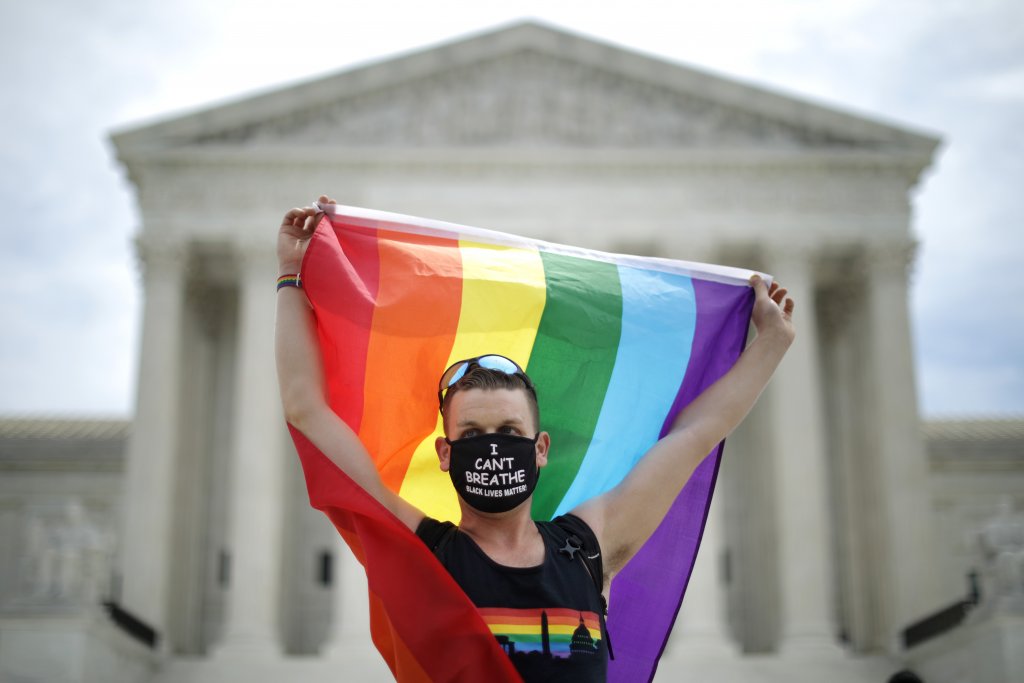 Audio Astra: Kansans must continue his advocacy for LGBTQ people

Experts often notice that the change in public opinion about gay rights in America has been incredibly rapid. In a generation, zoomed gay equality fringe political issue with little public support for a Supreme Court-approved same-sex marriage right. Polls reveal how fast the wind has turned.

This pace of change has been both remarkable and reassuring. As a parent, I’m relieved that my daughter could point out from her high school in Kansas that college students are much more likely to be ostracized for being intolerant of LGBTQ students than to be excluded for being gay themselves. This is from a person born in 2005, the year Kansans voted to ban same-sex marriage. When she becomes an adult, her generation will long ago have earned the right to marry whomever they love.

But is â€œdeservedâ€ the right word for our family, the one that has yet to attend a gay pride event or donate to a charity that explicitly supports LGBTQ rights?

More fundamentally still, is it fair to call this rapid change?

Two interviews this week from “KPR Presents” suggest nuanced answers to these questions about changing attitudes towards equality: the change has been gradual and collaborative while also appearing rapid and confrontational.

In an interview, CJ Janovy, the author of “Nothing better than being at home,” provides a look back at the decade between Kansas banning same-sex marriage and the federal government allowing it. (Full disclosure: Janovy was my first editor here at Kansas Reflector when I started this column before switching to KCUR.) In another interview, Brittany Keegan, the curator of the Watkins History Museum in Lawrence, describes the methodical march towards gay rights on the KU campus and in Lawrence. Both interviews mark “LGBTQ History Month, 51 Years Later”, including “LGBTQ History Month, 51 Years Later”Not a Straight Path: The Fight for Gay Rights in LawrenceAt the Watkins Museum.

(Hearing this excellent interview duo, as well as a third interview with Dr. Kathy Rose-Mockry, Lawrence’s “51 Years Out” events coordinator, makes me wish “KPR Presents” was playing on podcast apps. )

Listening to the interviews, it is clear that in reality, the radical cultural change was the product of many incremental changes, and the Allies helped these small steps towards equality. Recounting the community work that has led to legal and public opinion changes, Janovy thanks the allies who wrote checks and â€œbaked lemon barsâ€. These little acts mattered, she says.

I certainly don’t want to portray myself as a righteous warrior when I wasn’t. However, my professional past contains some of this progressive ally work. One of my proudest moments as a high school journalism teacher was recognizing the voices of those calling for marriage equality.

When I started teaching at the AcadÃ©mie Sainte ThÃ©rÃ¨se, my journalism students asked the administration to print an opinion piece written by a student who believed her uncle should have the right to marry her partner. male. The administration refused, due to the school’s identity as a Catholic institution. The message was: “Now is not the time for this review.” Years later, another student felt more openness from the administration and felt that a tolerant voice belonged to the newspaper. Her column – still to my amazement – was published in the newspaper, a landmark for her personally, for me as a teacher and for the students at the school.

These incremental elements of advocacy have come up often as I counsel and support young people in student journalism. The Kansas School Press Association, the association where I work, defended The Charger, the student newspaper of the Wabaunsee high school whose work is reviewed by a director to react to a perfectly reasonable set of LGBTQ student profiles in high school.

In my eight years of assisting student journalists, administrators have created further barriers to coverage of LGBTQ issues.

“Recognizing a student’s gender identity would unlawfully violate his privacy, even if he and his parents consent,” school principals falsely claim. Or they say, “Allowing students to change their names in the yearbook after their transition sets a dangerous precedent.” Each local effort requires its own plan on the part of student journalists, their advisers, and our organization.

These efforts are but skirmishes over the war stories that Keegan describes in his museum exhibit. She describes how KU’s early LGBTQ student groups fought for recognition from administrators who claimed that “illegal” behavior could not be tolerated by the university, in a mistake while bans sodomy was still in effect. Once that university barrier fell, activists fought the claim that funding could not be allocated to their student organization. Opposing the state’s largest university decades ago, at a time when gay rights lacked popular support, required more courage, and produced greater gains than almost anything we do. can do in 2021.

The 51 years celebrated this month should not be seen as a finish line for any Kansan, whether LGBTQ or straight. Decades of gradual and collaborative change formed this moment in 2021 – a better time for the LGBTQ community than decades before.

However, we – as organizers and allies, as journalists and activists – still have work to do.

What did we miss? E-mail [emailÂ protected] to tell us about a Kansas-based audio program that would be of interest to Audio Astra players.

7 free things to do in Oslo, Norway