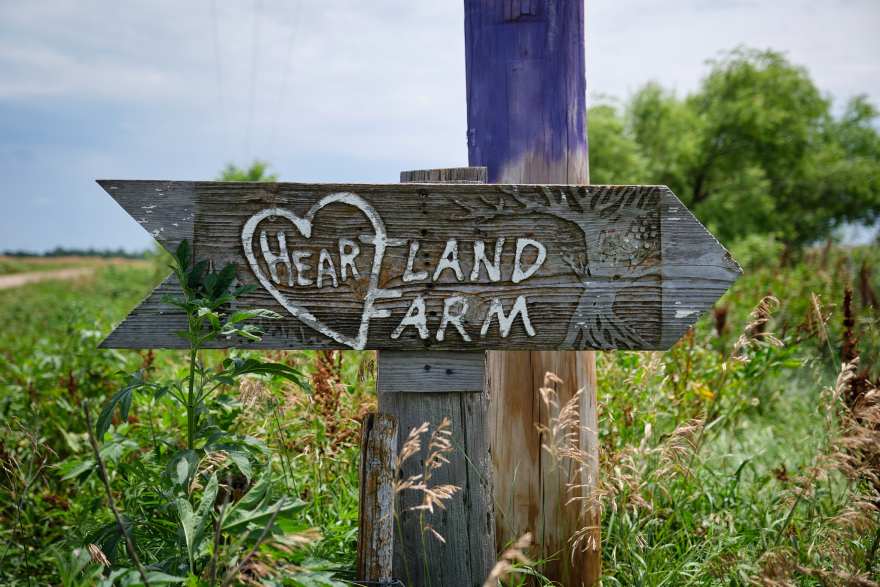 Climate change reports are a staple in coastal areas, but the topic has popped up a few times this week in Kansas City Audio Reports. While the Kansans don’t experience hurricanes and wildfires, climate change is altering the environment in many ways, from small and insignificant ways to invisible but deadly ways.

Former Governor Jeff Colyer sits down with Tim Carpenter of Kansas Reflector for this week’s episode of the podcast. With the Kansas governor’s primary over a year away, Colyer is looking to establish his candidacy through volunteer recruiting events and interviews like this one. Several times during the interview, Colyer criticized Governor Laura Kelly, whom he hopes to face in the general election.

However, he did little to create a distinction between his views and those of Attorney General Derek Schmidt, the other formidable Republican candidate. In fact, he didn’t mention Schmidt. How Colyer will create the light of day between his political positions and those of Schmidt will be an evolving story in this campaign. Colyer also notes that his squad has changed significantly since the slim 2018 primary loss to Kris Kobach. This team may want to refine their answer on the expansion of Medicaid: as a surgeon, he provides a vague, overly technical, and perhaps misleading answer. I’m saying ‘maybe’ here, because after listening to his answer a few times, his criticism of the expansion remains muddy. Otherwise, Colyer cultivated a polite and moderate voice, gently encouraging vaccination and avoiding most positions of the Trump faction of the GOP.

Kansans Of Faith Evangelizes To Save The Planet From Climate Change
KMUW, July 13, 2021

As a former Catholic high school teacher, I am fascinated and at times bewildered by the political tensions that occur within this faith community. As a journalism teacher at this school, I met students, administrators, and parents who hoped to influence the way our student publications expressed student opinions – or even covered school news. Always present was the soothing voice of the nuns whose order founded the school. Their take on helping the “dear neighbor” provided a north star that everyone could agree on.

So Brian Grimmett’s report here is vital. How do faith communities, especially those that contain climate change deniers and environmentalists, negotiate this tension?

Her visit with the Dominican Sisters of Peace at Pawnee Rock provides anecdotes about their “eco-spirituality” and also their evangelization for climate-conscious agriculture. As Sister Jane Bélanger says, “If you don’t have a planet that supports life, you don’t have life. And Grimmett points out how the common religious value of caring for the poor “will be the key to convincing more people of faith to act on climate change.”

A less serious but more visible sign of our human influence on the Kansas environment? The vultures. Yes, the vultures that adorn trees – and decorate cars with their droppings – from Salina to Ellsworth to Hays.

The two “Up To Date” of KCUR and a story of High Plains Public Radio enlisted Chuck Otte from the Kansas State University extension office in Geary County and Senator Randall Hardy from Salina. Hardy explains how birds fill the tree near his house while Otte guesses why so many other birds visit Kansas. His first guess is warmer temperatures provided – once again – by climate change. This more frequent heat makes road mortality more sensitive and therefore easier for vultures to hunt. His second (somewhat less convincing) guess is that more cars on the road create more road casualties for vultures to eat.

The Kansas trees these birds have selected for their migratory homes are likely to remain so each year. David Condos is a fun way to describe how Ellsworth used light and sound to hunt birds. At first they weren’t going far, then they weren’t going anywhere in response to noises and spotlights.

The “Uncovering Kansas” podcast interviews two community leaders for this update on how Crawford County and Pittsburg are fighting the COVID-19 virus. The episode follows a September interview on the same subject.

The most recent interview congratulates the former mayor and chamber of commerce on their success which has every metric “in the green”. And Chamber of Commerce President Blake Benson credits the county’s approach of appointing the county health department as the clear authority on the virus and following their advice.

Unfortunately, this episode is also an example of a warning about how quickly COVID conditions can change. Since the interview (which took place before July 4) and after its release on July 10, the virus has spread throughout the county, aided by the proximity of numerous cases in Springfield, Missouri, and of the Delta variant, more contagious. County measures are now climbing into the yellow, orange and red.

Like many cities, Pittsburg may need to ramp up the tactics this episode touts as successful to keep the virus at bay, businesses open, and school on schedule.

What did we miss? E-mail [email protected] to tell us about a Kansas-based audio program that would be of interest to Audio Astra players.