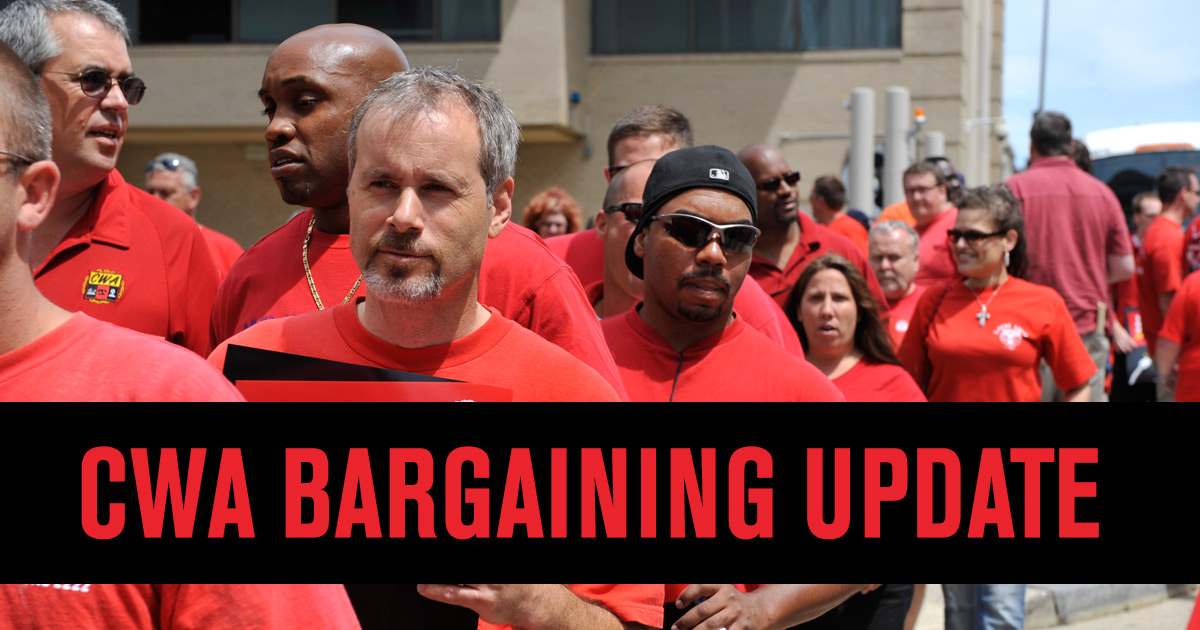 The workers of the National Alliance of Domestic Workers, members of CWA Local 1180, have unanimously ratified their first collective agreement. This is a great victory for the workers, who mobilized virtually and in person to build power during the negotiations. The contract includes major improvements, including significant salary increases, disability and retirement benefits, the addition or expansion of several types of leaves, a phased remote work policy, language offering support for workers going through the immigration process, and more. The workers look forward to working with management to make the improvements in this contract a reality.

Nearly 300 workers at the global news agency Reuters went off work last week for 24 hours to protest the slowness of management’s contract renewal negotiations. It was the first major industrial action by workers at the news agency in more than 30 years. Workers participated in this action to protest management’s offer of a guaranteed annual pay rise of just 1%, which would effectively mean a pay cut given the soaring cost of living. The company’s profits are at an all-time high and the company’s majority owner and billionaire chairman, David Thomson, is one of the richest people in the world. Yet management’s latest miserable wage offer, coupled with its failure to engage with workers and the use of delaying tactics in contract negotiations, shows how little the company values ​​its workers and their contributions. The action is the latest in a series of increasingly tough actions journalists and other media workers have taken in recent years to demand management get a fair share. The unit, which includes reporters, photographers, videographers, copy editors, producers and technicians, is part of the NewsGuild of New York (TNG-CWA Local 31003). Learn more here.

Nearly 300 Reuters workers, members of the NewsGuild of New York (TNG-CWA Local 31003), walked off the job for 24 hours last week to protest management’s failure to negotiate a fair contract.

U of G robotics team ready to roll at Rover competition