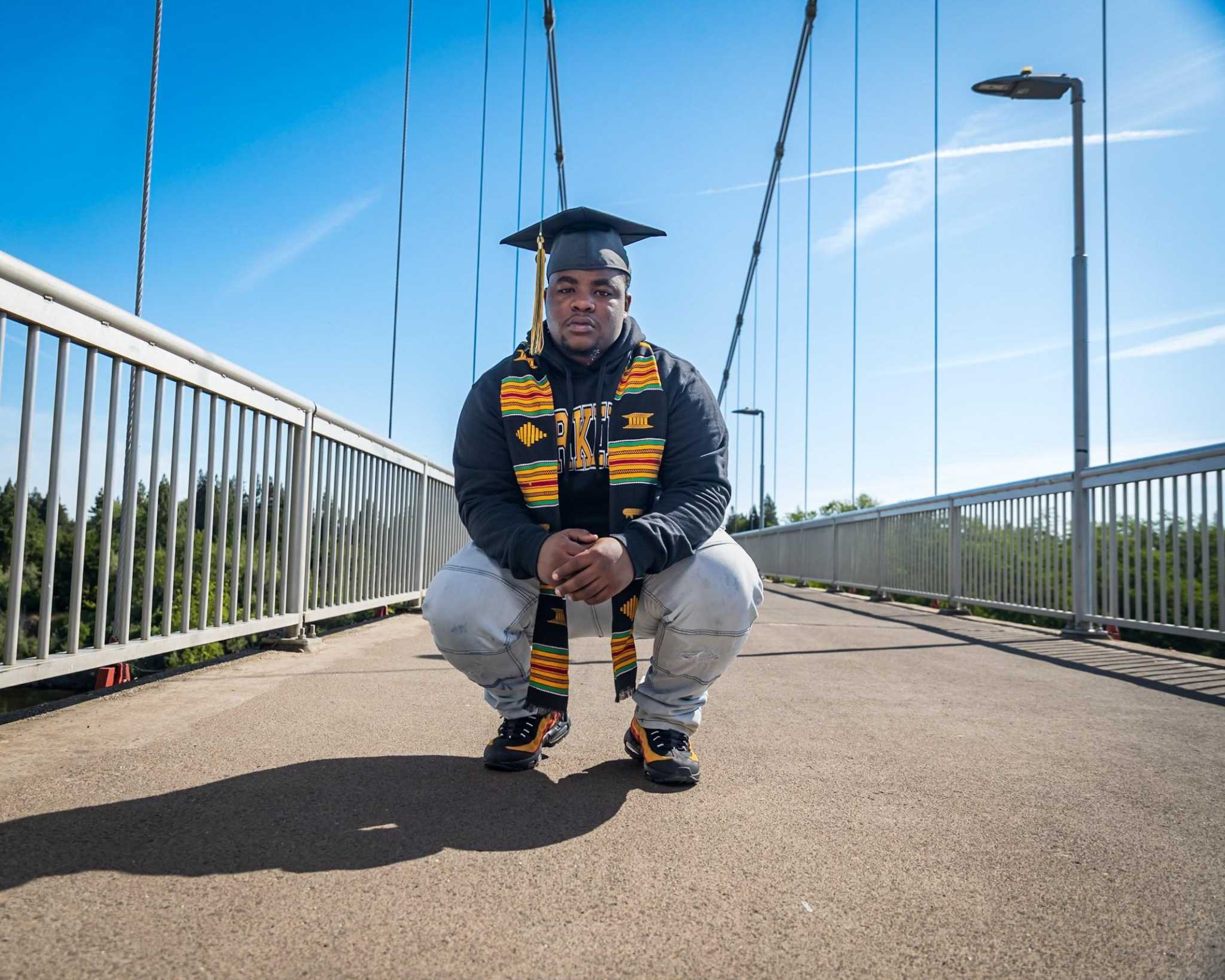 Shortly before graduating from Cal State Sacramento in May, Brandon Bailey donned his Berkeley High School sweatshirt, donned his graduation cap, pom-pom and shawl, and stepped out onto the catwalk that crosses the American river for a photo. He was the first member of his extended family to earn a college degree.

“I’m gonna be a legend out of my town, just give me some time,” was the caption of the image he posted on social media.

Less than a month later, Bailey posted another post to back up that claim: the photo ID on his press pass to cover the Giants-Dodgers series at Oracle Park for 4.0 Sports Media, an online magazine . “Today I had the chance to cover my first pro sports game,” the caption read.

But Bailey wouldn’t have the time he needed to cement his legendary status. He died in a Roseville hospital on July 3, a day after a jet ski accident while on a family outing to Lake Folsom.

His death was confirmed by his mother, Tanisha Wilder. He was 22 years old.

“My son was very ambitious, driven and dedicated to everything he got involved in,” Wilder said. “Since birth, he has never allowed obstacles or challenges to defeat him.”

One obstacle was its size. He was too small to follow his older brothers into Pop Warner football, but he came out for the Berkeley Junior Bears anyway, playing for the Mighty Mites in a helmet that fit him like an astronaut helmet and shoulder pads that covered the top of his chest.

“When Brandon was going out, they were laughing ‘who is this little guy?'” his mother said. “But when the game started he was coming out and dominating. He would leave them saying ‘wow, this little boy is something else.’

Brandon Armani Bailey was born on August 27, 1999 at Alta Bates Hospital in Berkeley. Her father, Clifton Bailey, worked for the East Bay Municipal District, and her mother, known as Tee, owned Exclusively Me, a clothing store.

The family lived in central Berkeley, and Bailey attended Le Conte Elementary School (now Sylvia Mendez) and Willard Middle School, where he came out for the Willard basketball team. He became a playmaker and ball handler always looking to pass it to someone else to shoot.

“He was always the shortest player on the basketball or football court,” said his older brother, Marcé Stewart. “He always said it was ‘heart above the waist’.”

Bailey never got over 5-foot-5, but he played center linebacker for the Berkeley High Yellowjackets. As a senior, he was voted co-captain of the varsity and a safe tackler, who made the all-conference team.

“Brandon is leading by example,” said co-captain Daraja McDonald. “You have to have all the courage in the world to punch people when you’re the smallest player on the pitch.”

After each home game, he greeted his family members present and they waited for him to take off his uniform and towels. “We always came home together after games to talk about how it went, what he could improve on,” said Stewart, who also played football at Berkeley High. “He was always trying to be the best athlete on the court.”

Off the field, he was funny and kind and a serious enough student to win a scholarship upon graduation from high school.

“He was the best person to give advice. He told me to keep pushing,” said McDonald, an R&B and Afro Beat singer, who performed Boyz II Men’s “It’s So Hard to Say Goodbye to Yesterday” at the Bailey memorial. Bailey was the first of his group of friends to graduate from college, and he gave the others new determination.

“We’re all set to finish,” said McDonald, who started at North Carolina Agricultural and Technical State University before running into financial trouble and transferring to Diablo Valley College.

Bailey moved his aspiration of playing football at Sac State to writing about it. He became a football reporter for the online newspaper State Hornet, making the delicate transition from person covered to person covering.

He started at the Hornet in his freshman year having never worked for a school newspaper before. By then, most of the Hornet staff had been in journalism since they were freshmen. Bailey made a name for herself right away by writing a profile on the top golfer on the women’s team, a sport the Hornet didn’t cover.

“His interviewing skills stood out early on,” said Jordan Parker, former Hornet editor, now an intern at The Chronicle. “He had a way of extending the conversation beyond his initial question. It was one of his special abilities.

Bailey said journalism was his specialty and became friends with Parker. They started a podcast called “Take Your Shot” in which everyone took sides to predict the Super Bowl and other major events, then they participated in it for 45 minutes.

“He was very stubborn,” Parker said. “When he took sides, it was impossible to convince him otherwise. But he was very knowledgeable, about football in particular. That was his specialty.”

During his senior year, Bailey became the football team’s beat writer, a top position on the team. He picked a good year as the Hornets emerged from the COVID-cancelled 2020 season to win the Big Sky Conference championship by defeating rival UC Davis in the 2021 Causeway Classic. At the end of the fall semester, he won the “Above the Fold” award for Team Hornet’s Most Valuable Reporter.

When graduation rolled around, Bailey shelled out over $30 for the Kente stole that black students wear. Then he invited photographer Jamond Williams, who runs an agency called Black Jewel Images in Antioch for the shoot on Guy West Bridge.

“Brandon had a big vision of how he wanted to present to the world exactly what he went through and how he came out and his portrayal of Berkeley,” Williams said.

The graduation was held at the Golden 1 Center, the downtown arena where the Sacramento Kings play. It’s safe to say the ovation for Bailey was loud.

“It’s a little different when you’re the first in your family to do it!” First-generation college graduate with a bachelor’s degree in journalism,” Bailey wrote on Facebook. “Mom, we made it! Tee Wilder All the glory to God for keeping me grounded through it all and for the doors it will open in the future.