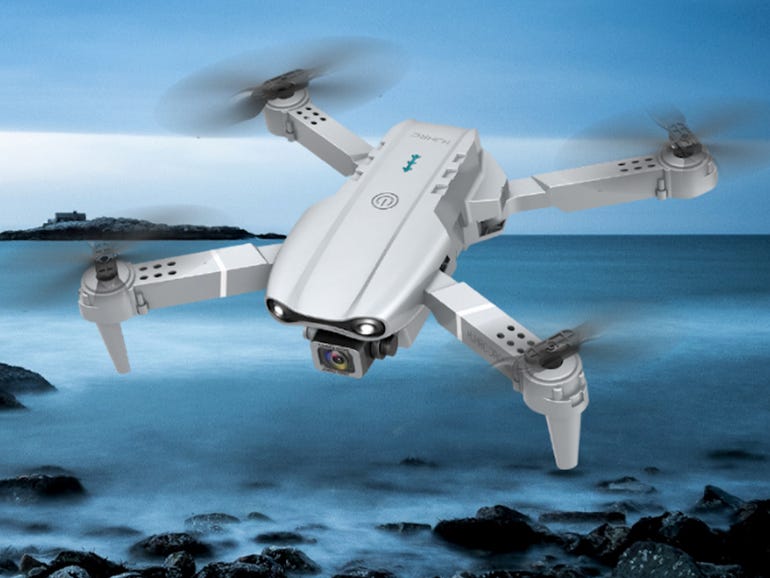 Sure, getting your hands on a wide-angle dual-camera drone is pretty awesome, but you know what’s even better? Buy two for the price of one! And that’s precisely the deal the Alpha Z PRO 4K + Flying Fox 4K Wide Angle Dual Camera Drone Bundle offers: an impressive black Alpha Z PRO and a stunning silver Flying Fox.

Each drone has a 4K front camera and a 720P bottom camera. They are also packed with features. For example, one-key return lets them find their way home, while headless mode lets you pilot them without adjusting their positions first. Meanwhile, Altitude Hold Mode keeps these drones stable so you can capture high definition footage and great photos from above.

Of course, there are many more. Along with WiFi connectivity, remote control, and a host of other features, both drones feature a 4-channel mode. This means anyone can ascend, descend, move in cardinal directions, and even perform 360-degree barrel rolls.

Naturally, there are a few differences between the two drones. With two-finger photography and gesture control, the Flying Fox lets you record video and take photos with just hand gestures. And while they’re both controllable within a range of 260 to 300 feet, the Flying Fox is capable of 20 more feet. The Flying Fox also has three flight speeds, folding arms, and slightly wider angle coverage.

There’s still a lot to like about the Alpha Z Pro, though. tnw shares, “With a rugged build, a host of exciting flight features, and a superb 4K camera, the Ninja Dragon Alpha Z is a stellar addition to any drone fleet.”

Don’t miss this chance to buy two drones for the price of one. The regular MSRP for the Alpha Z PRO and the Flying Fox is $398, but the bundle cuts them by 56%, so you’re only paying $174.99 for both.

Journalists are among those detained during Russian anti-war protests