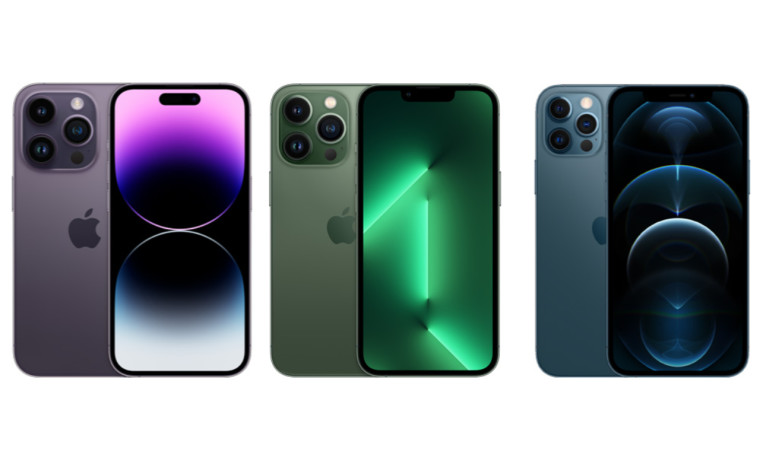 Call of the specs: Here are the differences between the iPhone 14 Pro, iPhone 13 Pro and iPhone 12 Pro

Here’s how the new iPhone 14 Pro lineup compares to its predecessors. This Specs Appeal article lets you see the differences and specs of the iPhone 14 Pro, 13 Pro, and 12 Pro side-by-side with their Max variants.

Unlike the iPhone 14, which can only offer a larger Plus model for those planning to upgrade from the iPhone 13 or 12, the Pro line has bigger and more exciting changes this year. Apple ditched the notch for the first time since the iPhone X, giving buyers something called “Dynamic Island” – a pill-shaped cutout that integrates into the operating system providing additional information, whimsical animations and practical gestures. Additionally, the iPhone 14 Pro series has an eye-searing display that can peak at 2000 nits of brightness outdoors and reduce its refresh rate from 120Hz to 1Hz for the always-on feature.

Cameras are another area where the iPhone 14 Pro lineup features significant changes. Apple has gone with a 48-megapixel main camera, ditching the good old 12-megapixel array it’s been using since the iPhone 6S. Also, a new flash made up of 9 LEDs makes it possible to adapt to the scene.

Another notable feature of the iPhone 14 Pro and Pro Max is satellite communication which allows you to send an emergency SOS. And if you end up in a car crash, new sensors will detect the change in air pressure due to airbag deployment and up to 256G of acceleration. Like the Apple Watch and its fall detection system, the iPhone 14 Pro series can notify emergency services and contacts once a car crash is detected.

Finally, the iPhone 14 Pro and Pro Max are equipped with the next-generation Apple A16 processor. It retains the previous 6-core CPU and 5-core GPU configuration, but the raw performance has increased by around 25%.

Here are the main changes summarized in a list:

Are you planning to buy the iPhone 14 Pro/Pro Max, or are you going to stick with the smartphone you currently own?