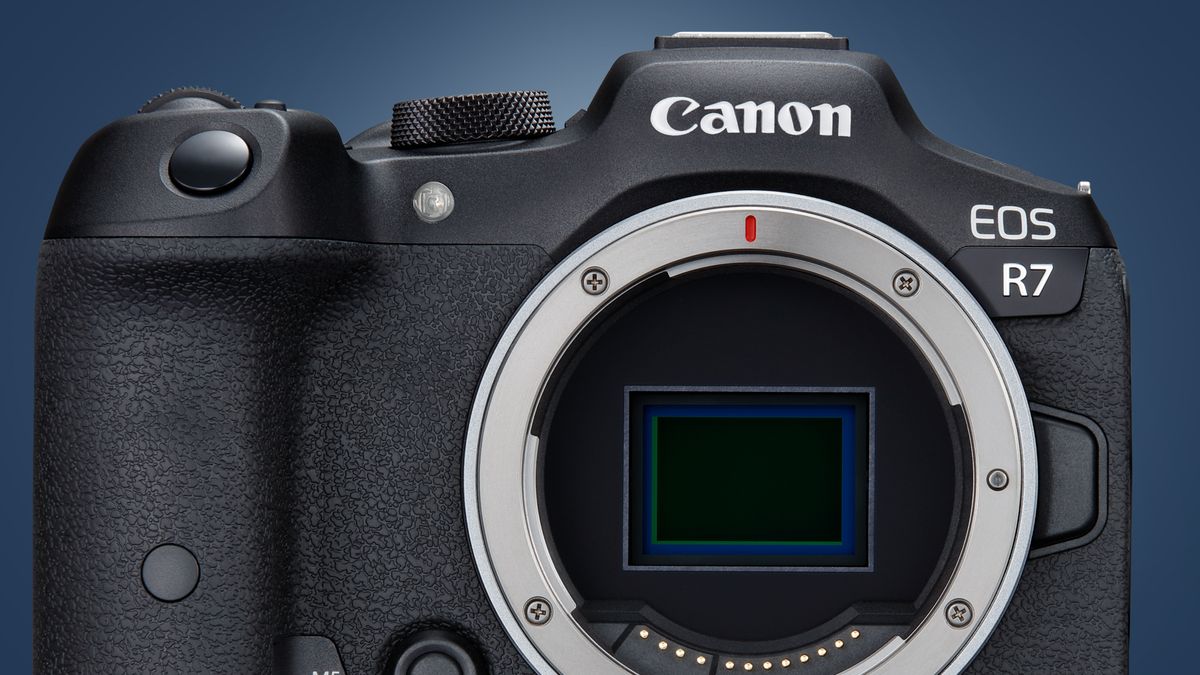 Canon’s new mirrorless stars, the Canon EOS R7 and EOS R10, are likely to be the biggest camera launches of the year. Not because they’re the best it’s ever made, but because they do something enthusiasts have been crying out for: bringing Canon’s latest mirrorless technology to cameras that most of us can actually afford. to permit.

After spending a few hours with them, I can confirm that the EOS R7 and EOS R10 will most likely be two of the best cameras for enthusiasts. Their list of compelling features is long, including impressive autofocus capabilities that scan scenes as relentlessly as a Terminator T-800, locking focus on human and animal eyes from afar.

But both cameras also have a weakness that has nothing to do with their own considerable talents: the lenses.

For two beginner-friendly cameras, the lens situation is painfully complicated. Both the EOS R7 and EOS R10 feature Canon’s RF mount. This returned in 2018 as a stepping stone for Canon’s next-gen mirrorless cameras and was designed for full-frame sensors, because that’s where the growth and excitement was (and still is).

But full-frame cameras are expensive and require larger lenses, making them less suitable for amateurs. That’s why the Canon EOS R7 and EOS R10 are here; they both have smaller APS-C sensors and allow Canon (like Sony and Nikon) to build a system, for all types of photographers and creators, around a single mount. Or that’s the theory.

So what is the problem? The problem is that there is a disconnect between the type of lenses currently available for the RF mount and the types of photographers who will buy the EOS R7 and EOS R10.

The beauty of these two new mirrorless cameras is that they combine Canon’s latest technology with the benefits of APS-C cameras, which tend to be smaller, cheaper and good at shooting subjects from long distances. like wildlife, due to their cropping factor.

But cameras can’t do it alone – they need a whole system of lenses that have been designed with the same benefits in mind. And at the moment the Canon EOS R7 and EOS R10 don’t have that.

This name “RF-S” simply means that these lenses were designed for Canon’s new APS-C cameras. These aren’t the only lenses compatible with the EOS R7 and EOS R10: you can also use existing RF and EF lenses (via an adapter). But these new RF-S are the only two that have been Custom made for their smaller sensors, hence their price, size and versatile focal lengths.

To be fair, Canon offers affordable full-frame RF lenses that should work well with the EOS R7 and EOS R10.

The RF 35mm f/1.8 Macro IS STM would give you a 56mm equivalent focal length (making it a “clever fifty”), while the RF 50mm f/1.8 STM is a thin lens that could work very well with the EOS R10 for portrait, event or street photography. We’re also looking forward to seeing how well the EOS R7 pairs with the RF 600mm f/11 IS STM for capturing wildlife.

But many of these cheaper full-frame lenses are larger than necessary and often lack features such as weather protection. After these few selected lenses, it’s already starting to become slim selections, and even those are slightly clunky solutions for two otherwise exciting cameras.

Anyone hoping for a wave of bright, compact lenses, like the ones you can get on Fujifilm’s X-series, could be waiting a very long time, if history is any guide.

Breath of the past

We’ve been here before and it’s not a Canon-exclusive issue. Nikon may have already given us a glimpse of the fate that awaits Canon’s EOS R7 and EOS R10 RF-S lenses.

Over the past few years, Nikon has released two beautiful APS-C cameras in the Nikon Z50 and the Nikon Z fc. But of the 27 lenses available for its Z mount, only three are designed for the smaller “DX” sensors in those cameras. Nikon’s roadmap also contains a single additional DX lens, the Nikkor Z DX 12-28mm, the release date of which is unknown.

For both of these Nikon cameras and the new ones from Canon, it is possible to use an adapter to increase your options with older F-mount and EF-mount lenses designed for DSLRs. But it’s a temporary solution, not a long-term solution. And that’s something you should definitely consider before pre-ordering Canon’s new cameras.

In some ways, the question reminds me of the electric car problem. It’s easy to get carried away with the acceleration and brilliant features of today’s electric vehicles. But here in the UK, as in many countries, the charging network just isn’t good enough to bring the whole experience up to par with the cars themselves.

Currently, the Canon EOS R7 and EOS R10 have a similar problem. I hope Canon will go a lot further than Nikon to flesh out its line of RF-S lenses. It’s not that it’s a total deal breaker if they don’t – for many people a mix of those two new kit lenses, Canon’s smaller RF mount bounties and some EF-S lenses older ones via an EF-EOS R adapter will be more than sufficient for the type of photography or video they enjoy.

But it also looks like Canon’s two impressive mirrorless cameras are, currently, a sideshow to its full-frame shots. If the EOS R7 and EOS R10 are really to fulfill their potential as small, affordable hobbyist cameras, they’ll need lenses to match.