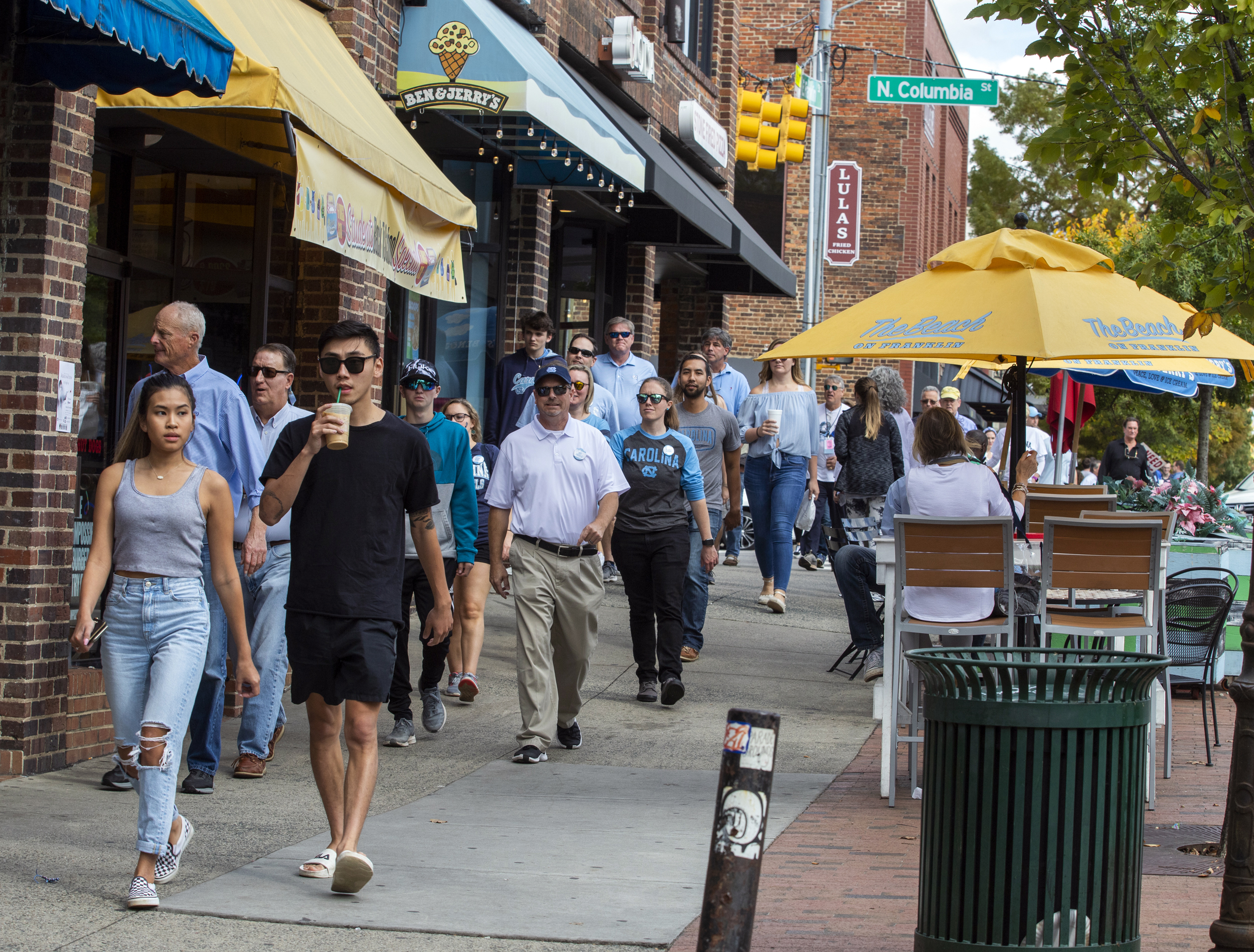 
Although Franklin Street is the centerpiece of downtown Chapel Hill, the local government does not control the road. That power rests with the State Department of Transportation. A recent petition submitted to the town of Chapel Hill seeks to change this.

Chapel Hill Mayor Pam Hemminger and the Chapel Hill Downtown Partnership have presented a petition calling on the city to explore the possibility of repossessing the downtown portion of Franklin Street.

The city is currently seeking to own the portion of the road from Henderson Street to Merritt Mill Road. The North Carolina Department of Transportation would retain control of the Franklin Street section of Henderson at Interstate-40.

If the city takes control, it will be responsible for the costs of repaving and repairing. Currently, the city must seek approval from the NCDOT to do things like temporarily close the street, expand sidewalk restaurants, and install temporary artwork or permanent markers on sidewalks.

Over the past year, Franklin Street has been a little different and has inspired the city to make these changes permanent. In July 2020, the town of Chapel Hill expanded sidewalks by closing one lane from the street to traffic for the benefit of local businesses. Eating on extended sidewalks has allowed restaurants to increase capacity during COVID-19 restrictions.

Matt Gladdek, executive director of the Chapel Hill Downtown Partnership, spoke at the Chapel Hill City Council meeting on Wednesday. He said that over the past year, the city has learned how valuable these extended sidewalks are to the local economy.

â€œA lot of businesses wouldn’t be here without these enlarged sidewalks,â€ Gladdek said. â€œA number of businesses have had a record summer where normally we have a slump when students leave. Partly because our residents have come to eat and dine in beautiful spaces.

In May, under current NCDOT rules, these restaurants would lose their sidewalk space unless the city took over. Gladdek said this has become the number one priority for Franklin Street businesses.

â€œWe want to make sure that as the pandemic continues and our downtown finally experiences a resurgence, we don’t lose these outdoor dining spaces,â€ Gladdek said.

Additionally, Gladdek said these changes could also allow sidewalks to provide adequate ADA accessible spaces to people who need them.

Hemminger said the town of Chapel Hill has started conversations with NCDOT, which is open to the idea.

â€œIt would give us the ability to trace it and use it as we wish,â€ Hemminger said. â€œWe can design our downtown for pedestrian and cycling implementations and we can rearrange things as we would like. [them.]”

With road control, the city could place planters in crosswalks or â€œdislodgeâ€ corners of intersections to increase pedestrian safety.

The Chapel Hill Community Design Commission recently reviewed the petition ahead of Wednesday’s council meeting. Susana Dancy, who chairs the group, said the commissioners voted unanimously to support the effort.

â€œWe really think this is a great initiative and we want to offer our full support to this exploration,â€ said Dancy. â€œWe hope it will be successful so that downtown and Franklin Street can build on the vibrancy we’ve seen with sidewalk restaurants this summer. “

Chapel Hill City Council voted unanimously to receive the petition and return it to the mayor and city manager, who will direct staff on how to proceed.

Chapelboro.com does not charge subscription fees. You can support local journalism and our mission to serve the community. Contribute today – every dollar counts.

Panini One and One 2020-21 Basketball Checklist, Box Info, Release Date