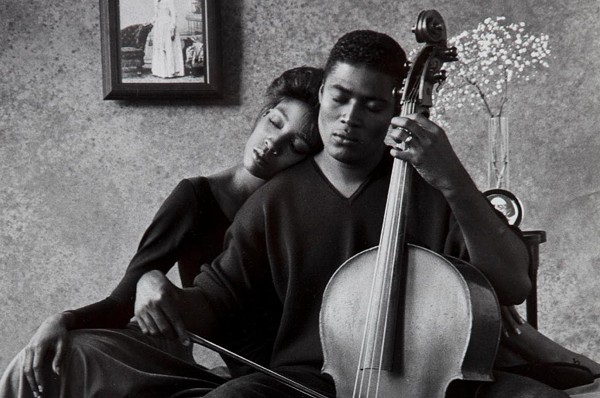 Django Reinhardt strums his guitar while pulling on a cigarette. Billie Holiday sings her heart out with eyes that sparkle like the sequins on her dress.

Here’s a sample of the photos on display in the Charles H. Wright Museum of African American History’s new exhibit. Jazz Greats: Classic Photographs from the Bank of America Collection. It features 31 black and white photos that capture jazz artists, captivated fans, and the Harlem School of Dance in motion.

The exhibition opened on Friday, September 21.

Pictures in The greats of jazz were shot between the 1920s and 1980s and most of them are gelatin silver prints from film negatives. It reminds us of a bygone era when concerts were undistorted by cellphone photos and videos and people could be as present in the moment as the audience captured in the exhibition – smiling jovially, dancing and s soaking up everything.

While the The greats of jazz exhibit immortalizes well-known names in the genre, a companion exhibit highlights Detroit’s contributions. On the other side of the hall, Detroit Jazz: The Legacy Continues makes the city’s famous Paradise Valley seem to come to life.

“[Jazz Greats] is really more of a contemporary art photography exhibit where you don’t really need to know the history of the photographs,” says Jennifer Evans, exhibitions manager at the Wright Museum. “[In Detroit Jazz] we talk more about when, what, where and who.

Detroit Jazz: The Legacy Continues is divided into five sections: exploring physical spaces like Baker’s Keyboard Lounge, jazz as an expression of freedom, a source of education, a form of innovation, and a spiritual vessel.

“There’s a common understanding among music scholars that jazz evolved with the Great Migration as people moved from south to north,” says Evans. “It really helped African Americans express the feelings they had overcoming the oppression, the painful experiences, the things associated with just growing up in some sort of post-slavery environment.”

“Harold McKinney, Marcus Belgrave and Wendell Harrison in the 70s and 80s were truly peers, but they also understood the value of mentoring young people and the importance of helping them learn how to make money in the business. industry. , and how to be a good musician,” says Evans, who helped organize the Detroit Jazz To display.

Along with photos and biographies of Detroit jazz musicians past and present, the exhibit includes a video clip of the Detroit Jazz City Detroit Public TV documentary and a New D Media video installation titled “Bird in Paradise”.

You might recognize the installation from the Dlectricty Outdoor Projection Mapping Experience in 2021, when it was projected onto the Wright Museum.

“The animation really shows you what jazz is like,” says Evans.

The bustling installation centers on the nightlife of Paradise Valley and Black Bottom, Detroit’s bustling black neighborhoods that were destroyed to make way for the I-375 freeway. It’s set to music by Charlie “The Bird” Parker, which brings the whole piece to life.

Both Jazz Greats: Classic Photographs from the Bank of America Collection and Detroit Jazz: The Legacy Continues will be on view until February 28, 2023. General admission to the museum is $15. For more information, see thewright.org.