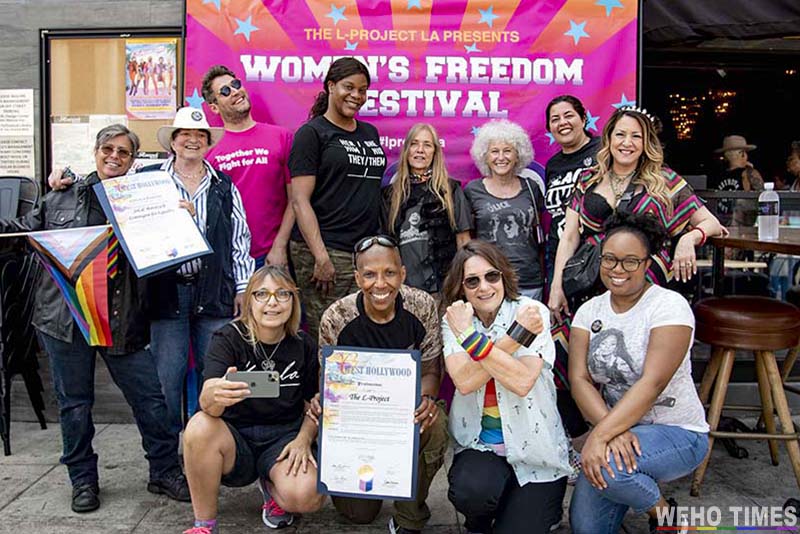 The City of West Hollywood reminds the community that the annual dike march and the new Women’s Freedom Festival will take place from Friday, June 3, 2022 17 hours. as part of the city’s WeHo Pride celebration.

The Dyke March will feature the presentation of the Melissa Etheridge and Community activist awards, a poetry reading, sign making and supplies, speakers, a DJ and the Dykes on Bikes contingent. The Dyke March will descend and return to the corner of Robertson and Santa Monica Boulevards. The Women’s Freedom Festival will take place immediately after the Dyke March on the #WeHoPride Street Fair Stage and will feature emerging LGBTQ and BIPOC women and non-binary musicians, comedians, poets and activists, as well as a featured performance by Milck, singing the last protest song, We won’t be going back.

More information and details about WeHo Pride Weekend, Dyke March and Women’s Freedom Festival will be posted as they become available at www.weho.org/pride.