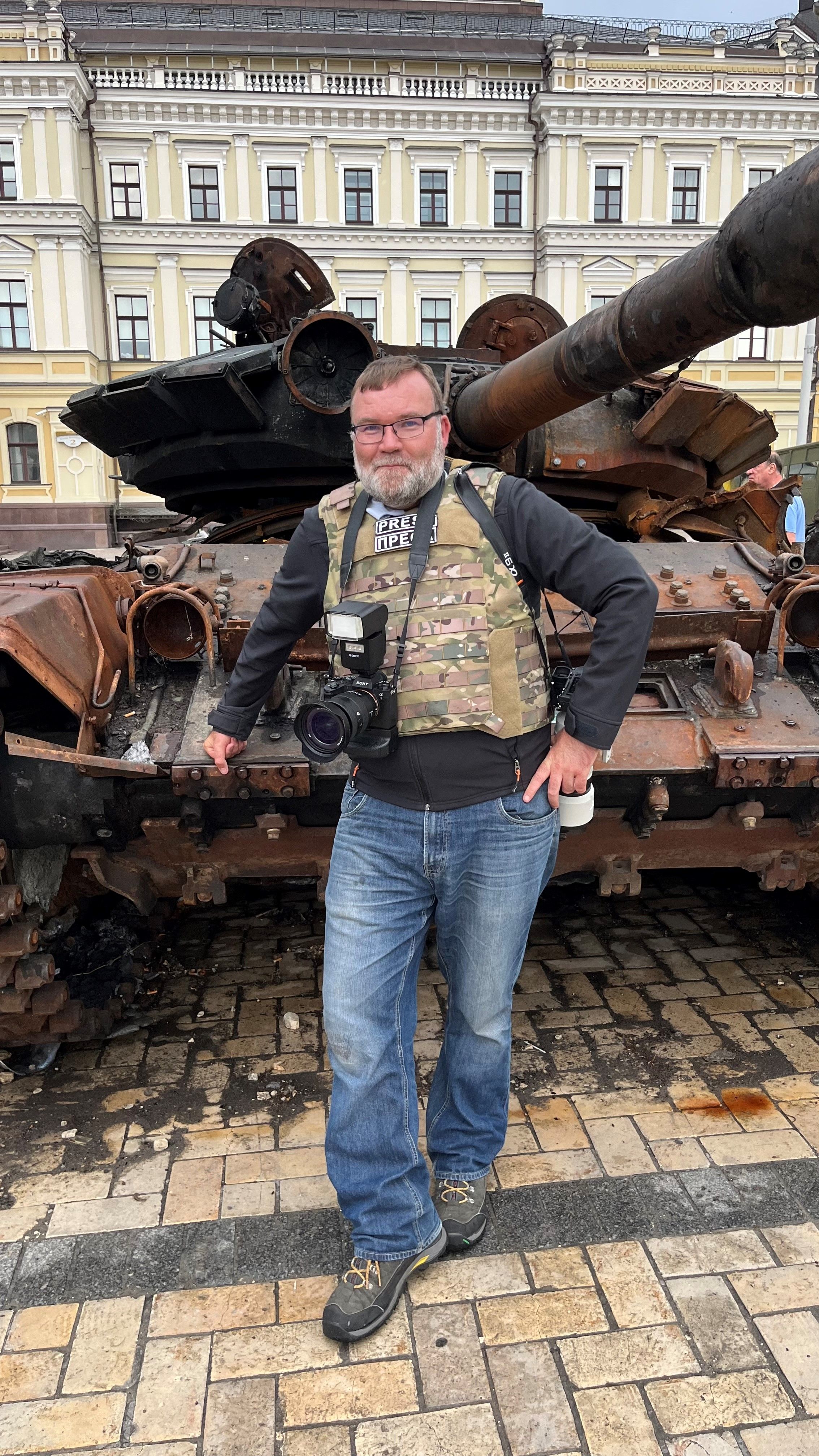 Féile will host award-winning Irish press photographers and an exhibition

THIS year’s Féile an Phobail will host an exhibition featuring photographs from this year’s Irish Press Photographer of the Year awards – as well as a panel discussion with two of Ireland’s foremost photojournalists.

The conference, which will take place at St Mary’s University College at 7pm on August 8, will feature Niall Carson and James Crombie as hosts. Niall Carson is from Lenadoon in West Belfast and a former Andersonstown News photographer who has worked for PA Media in Dublin for 15 years. Niall has traveled the world covering stories, most recently in Ukraine, and also won Irish Press Photographer of the Year in 2007 and Northern Ireland Press Photographer of the Year in 2017.

James Crombie is the current Irish Press Photographer of the Year and also received the award last year. James works for Inpho Sports Photography in Dublin and has covered over 30 All Ireland finals over the past 16 years, two Summer Olympics, a British and Irish Lions tour of New Zealand, two Championships Europe and many other sporting events around the world.

Speaking ahead of the event, Niall Carson explained the topics that would be discussed as well as his latest job as a press photographer.

“We’ll talk about what we’ve done over the past two years because we’ve been very busy.

“James has covered football and rugby matches around the world, and I have covered political and world events. I returned from Ukraine with the Taoiseach last week. I have been to various parts of Africa with the Irish Army, and with the Taoiseach meeting the US President at the White House in the Oval Office.

Taoiseach speaks with Zelenskiy in Kyiv after visiting a mass grave in Bucha https://t.co/dhGMACOLQx

“We were very lucky when we were in Ukraine, because we were very well guarded by Ukrainian soldiers and the Garda emergency response unit. We were well protected, but there was always a danger because there are no flights in Ukraine, so we had to travel there at night on a military train from Poland. It’s still quite risky because the train is full of soldiers and there is a risk that the train will derail.

“We wore bulletproof vests and helmets, and were taken to Bucha, outside Kyiv, which was the site of a recent massacre by Russian troops. We were in Irpin on the front lines and saw terrible destruction in the civilian areas. People still live in half-demolished buildings because they have nowhere to live. Right now I’m covering Ukrainian refugees in Ireland who are currently housed in a tented village at Gormanstown Barracks so inside and outside of Ireland Ukraine is still the biggest story we let’s cover right now.

At recent awards shows, James Crombie and Niall Carson have won awards in several categories, and James was voted Press Photographer of the Year for the second year in a row. James won first prize in the Nature and Environment category for a photograph of a whispering bird, creating the shape of a bird over Lough Ennell. James also won third prize in ‘Daily Life and People’ for a fishing photo and third prize in ‘Sports Feature’ for an image of boxer Kellie Harrington as she celebrated winning gold for Ireland at the Tokyo Olympics.

Niall Carson won third prize in the ‘Portrait’ category for his photograph ‘Remembering Joan’, featuring Briege Voyle, whose mother Joan Connolly was murdered in the 1971 Ballymurphy massacre. of the awards said: ‘In May the Coroner’s Inquest in the North found that the civilians killed in the British Army operation were innocent. The photographer shows a clear understanding of the color and the texture in this portrait of Briege Voyle on her sofa surrounded by family photos and paintings.

Speaking of his photo of Briege, Niall said: “I’m immensely proud of this photo, and to capture Briege under the portrait of his mother Joan Connolly, as someone from west Belfast, it’s worth seeing a photo from here representing the people here and the Ballymurphy families.

Niall Carson also won first prize in the ‘Arts & Entertainment’ category, as well as second prize in the ‘Politics’ category for a photograph of Arlene Foster and Michelle O’Neill sharing a round of golf.

The event will take place at St Mary’s University College on August 8 at 7 p.m. All are free to attend to learn about press photography and see a brilliant display of Ireland’s top photojournalists.