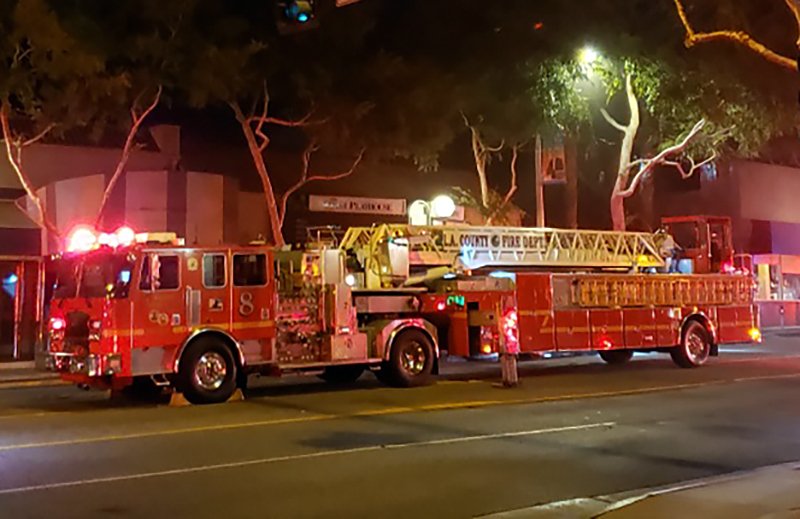 A fire has broken out at the historic Coast Playhouse Theater building located at 8325 Santa Monica Blvd. Monday morning, October 3, 2022, at around 4 a.m., the West Hollywood History Center reports that smoke billowed from the roof of the Performing Arts Theater and spread through the residential area south of the theater.

At least six LA County Fire Department engines were on scene and the incident was resolved with no serious damage to the front of the building.

No injuries were reported.

Founded in 1961, the Coast Theater opened as the Players Ring Gallery (previously it was a different seating arena that was demolished to make way for the building we see today).

The theater is no stranger to fire. Three years later after its opening, the Players Ring theater was destroyed by fire, producer Paul Levitt moved the Ring’s remaining operations to the gallery, where they remained until Levitt’s death in 1968.

The West Hollywood History Center reports that in the 1970s the space was transformed into Gary’s, a classic movie theater. It was later split into two cinemas, the Gallery and the Quickie, which screened adult films. In the 1980s the building was converted into a theater and reopened as Pan Andreas, a theater of equity. Later renamed the Coast Playhouse, the building was purchased by the city in 2016. Plans are underway to upgrade it for use as a performance space.