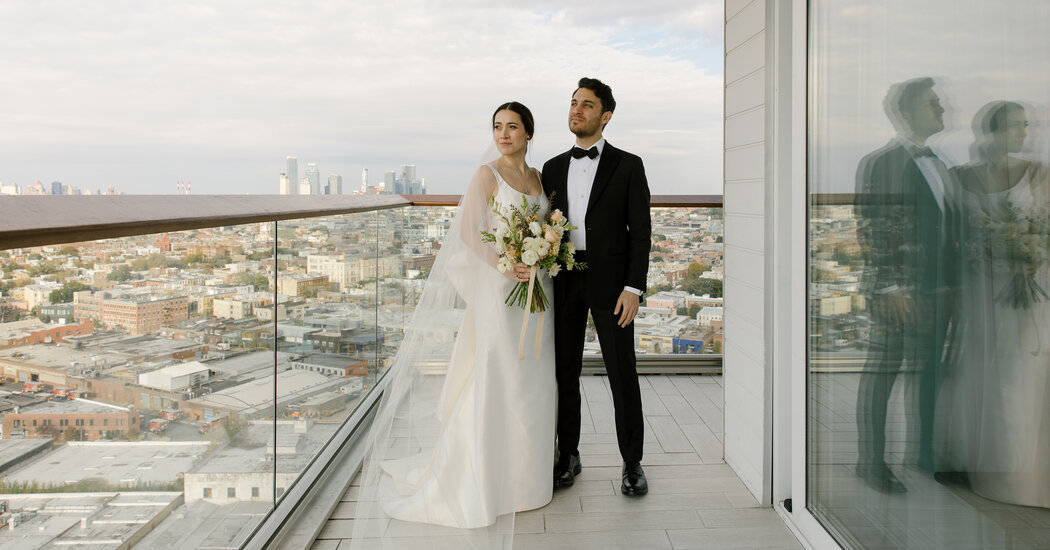 He wanted the relationship more than the job

When Andrew Katz decided to take a job in Washington in the summer of 2015, his eight-month-old girlfriend Marysa Greenwalt feared she was in a long-distance relationship. But not for herself.

â€œI think at first, because Andrew doesn’t have a relationship background, I wasn’t sure how he would end up feeling about distance dating,â€ said Ms Greenawalt, who left a little longtime friend to be with Mr. Katz. and wasn’t kidding when she said he had no history of dating.

The two were colleagues at Time magazine in New York when Mr Katz accepted the Washington Post’s job offer as a digital editor at his foreign office. She lived in Brooklyn, he in Manhattan.

â€œWe expected a lot of time and money spent, and lots of round trips on Amtrak,â€ said Ms. Greenawalt.

“I have always been very important in my professional career,” said Mr. Katz. â€œI put everything in there and I didn’t meet many people. Looking back, I really wanted this job in Washington, but I also wanted Marysa.

As it turned out, Mr. Katz only lasted six months at the Post. â€œThings just weren’t right,â€ he said. â€œI needed to get back to Marysa.

Luckily for Mr. Katz, he was able to return to New York City in December 2015 when he was rehired by Time magazine to work as a photo editor on a team that included Ms. Greenawalt. (He is now deputy director of photography at Time magazine; she is a freelance photo editor at The New York Times.)

“Looking back, if I could take it all over remotely, I would,” said Mr. Katz, who worked as a reporter for Time magazine when he first met Ms. Greenawalt in January 2014 at Houston Hall, an outdoor cafe. in Manhattan, at a work friend’s departure party.

â€œBack then, we were working in separate teams at the time,â€ Katz said. “Marysa was a member of the photography department and I was a reporter who wrote occasionally for the department’s photography blog.”

They were chatting in mixed company at the departure party until the conversation was just between them.

After the party, Ms Greenawalt told her roommate that she had met someone special.

In the months that followed, Ms. Greenawalt and Mr. Katz remained friends, and on a cold September night in 2014, as they both set up an outdoor photo exhibit at Photoville in Brooklyn, he noticed that ‘she was cold.

Mr Katz quickly removed his jacket and was about to hand it over to Ms Greenawalt, who repeatedly turned it down before accepting his warm offer.

â€œI was touched by his softness,â€ she said, â€œand that’s when sparks started flying between us.â€

That same evening, they went out to dinner with friends and then both took a stroll along the Brooklyn waterfront, where Ms Greenawalt told Mr Katz she had feelings for him. She also had a boyfriend.

Mr. Katz surely felt the same, but as long as Mrs. Greenawalt had a boyfriend, all he could do was play the waiting game.

The wait ended in November 2014, when Ms Greenawalt became single and Mr Katz officially became part of her relationship history.

â€œIf I have to do this, I can be a very loud and willful person,â€ Ms. Greenawalt said. “Andrew is the only person I’ve dated that I haven’t faced off with yet.”

The couple had planned to tie the knot on September 26, 2020 in front of 150 guests at Brooklyn’s Prospect Park Boathouse, but their plans were marred by the coronavirus.

They tied the knot on October 24 in front of 90 vaccinated guests at the Wythe Hotel in Brooklyn. Jeffrey Kaufman, a minister for universal life, officiated.

“I always felt like Andrew was there for me whenever I needed him, but in a way that most of the other people I had met in town couldn’t,” said the bride said about the groom a week after their wedding. “And he knows that if he needs me, I’m there for him.”