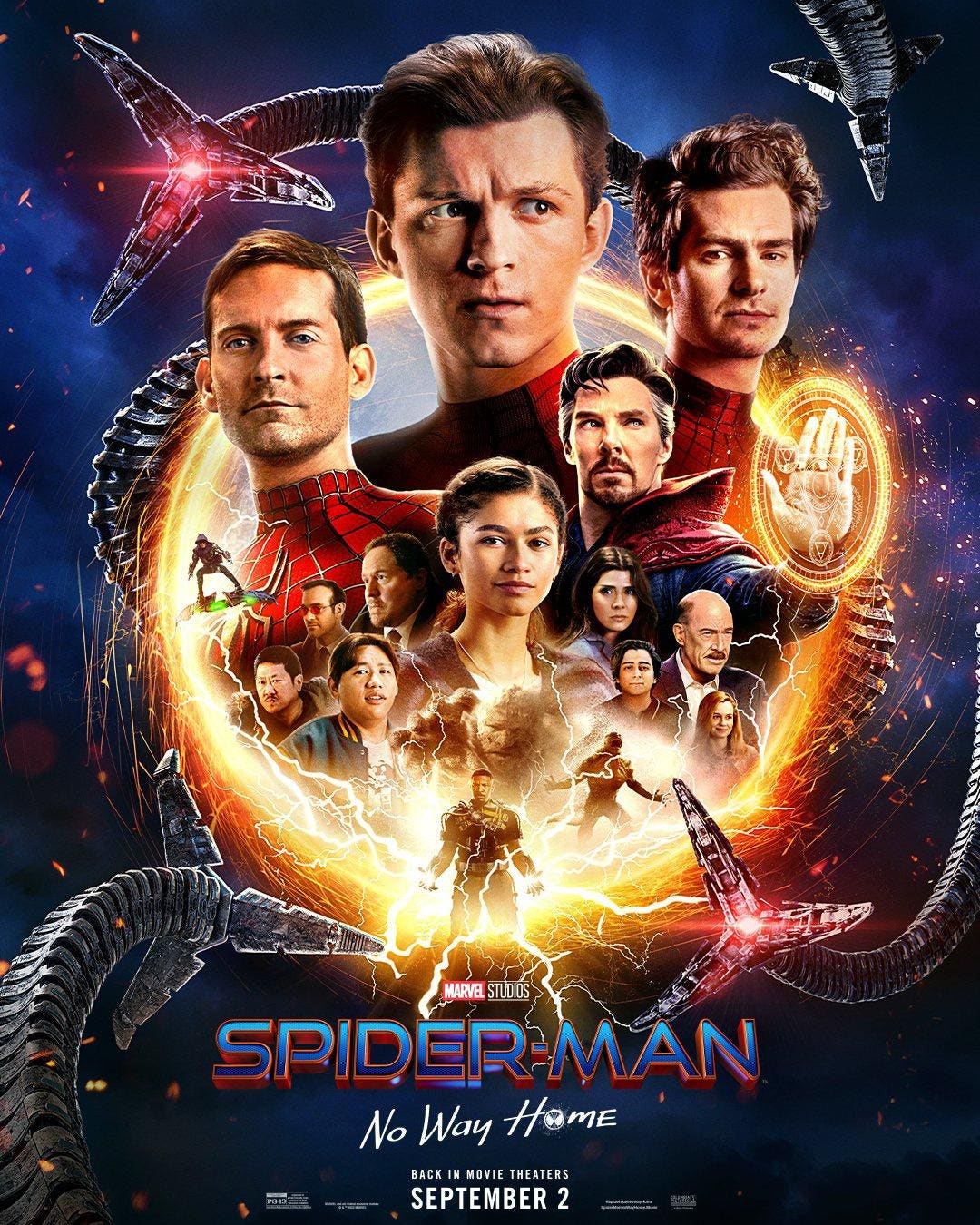 How the movie industry hopes re-releases can save it

If you’ve looked at what’s on offer at your local cinema, or theater if you’re not in Europe, you’ll probably notice that in terms of what’s new, there isn’t a huge amount on offer. As of this writing, the only new “big” release is Beast, starring Idris Elba, but everything else is relatively low-key. As has been widely reported, Cineworld, the leading chain in the UK which also owns Picturehouse Cinemas, and Regal in the US, is set to file for bankruptcy.

While currently all screens remain open and there are no job losses, it is a sad situation for moviegoers. The Covid-19 pandemic is unsurprisingly the main culprit, because while there have been some strong successes this year in terms of numbers, such as The Batman, Top Gun: Maverick, Thor: Love and Thunder, Jurassic World Dominion, and Minions: The Rise of Gruthat wasn’t enough and box office receipts fell by a third compared to 2019. A big part of the problem is that the number of films to be shown in cinemas has dropped significantly – fewer films have been made during the pandemic, and they haven’t yet come back up to speed.

Instead, theaters are beefing up their release schedules with re-releases, from classics like ET and Jaws to Lord of the Rings. While specialist cinemas still offer older releases, these are aimed at the movie-going crowd – rather than the people who like the show at the main chains.

But is this a situation the mainstream film industry can recover from? I recently posed this question to Bruce Markoe, head of post-production at IMAX. Markoe has been in the industry for decades, so he’s in a good position to get a broader perspective on what’s going on right now. While he acknowledges there’s a lack of higher-profile films right now, he says it gives smaller films, which don’t necessarily have the huge marketing behind them, a chance to shine. “I wouldn’t say there’s a lack of good movies, because studios are putting out other movies, but it’s smaller, more independent dramas and things like that. And some of them are very good: they’re just not the kind of movies that would typically attract large audiences.

He is also convinced that this is a situation that the industry will recover from: “It has never happened so often that there are not bigger and more publicized films on the market, so I think that was a bit of a problem. for exhibitors. I think it will get better – it’s not a permanent thing. In my opinion, this is going to be rectified and there will be a more cohesive product that hopefully can attract a large audience for exhibitors and studios to be happy in the market.

In the meantime, in addition to wanting to support cinema in these difficult times, you may be wondering which films are really worth watching on the big screen.

To decide, I’ve put together a list that divides what’s going to be on offer for the next few months into three categories so you can be more informed about whether to make the trip.

For these movies, what you will see is the same as if you were watching the movie at home. Of course, that doesn’t mean you should put in the effort. In my opinion, the redesign of the USS Enterprise from the 1979 film is one of the finest sci-fi spaceships of all time, so the chance to see it on the big screen is going to be a rare opportunity well worth it. hardly to be seized.

All everywhere, all at once: extended fit

They are two very recent films, the last dating from last year and the first being only a few months old. While I was enjoying Everything everywhere all at onceI felt like it was somewhat over hyped and thought it could have been a bit shorter – so the prospect of watching an even longer version doesn’t excite me. Spider-Man: No Coming Home was one of the funniest movies of the last year, and that’s not even a real word, but it was so enjoyable I didn’t even mind. If you don’t know what the big reveals were, report them to NASA now, because you clearly lived on another planet. The brilliantly named “The more fun version » a – 11 minutes of additional footage, which reasonably can only be seen in theaters, so that’s the one I’ll be happy to watch again.

The Lord of the Rings: The Two Towers

The Lord of the Rings: The Return of the King

Rogue One: A Star Wars Story (US only)

The movies above will all be released in IMAX, which is bigger and better than standard 2K screens, and that alone is enough to make you want to consider going to see them again. Most of these films are the standard releases that went through the IMAX Digital Media Remastering (DMR) process, which is a proprietary upscaling format so they look great on large IMAX screens. I have already booked my tickets for Jaws (“we’re going to need a bigger screen”) and might just do the same for HEY. Rogue One: A Star Wars Story is undoubtedly the best of the new Disney Star Wars films and is shown to whet the appetite for Andor, the upcoming television series on Disney+. The film enjoyed a very limited release on 15/70mm IMAX film and if there was a screening in that format I would do the Kessel Run in less than 12 parsecs to get there. However, that seems unlikely (I mean the impression part of the movie – I could easily handle the Kessel Run: it’s child’s play).

The 3D release of No Time to Die at the BFI IMAX is odd. The 3D version was originally only released in China, so this is a unique opportunity to see in stereo. I would be curious to know if this works.

The biggest is Avatar. It will come down to IMAX to prepare us for Avatar: The Way of the Water. At 13, it’s beyond a long wait for a sequel. This reissue is interesting because James Cameron remastered the original in high frame rate (HFR), using Pixelworks technology. HFR was used by Peter Jackson on the Hobbit movies and Ang Lee on Gemini Man, but the technology was generally poorly received by critics, including this one, while moviegoers were indifferent. However, with the Avatar remaster (and Avatar 2) Cameron uses the TrueCutMotion Technology. tech so that the high frame rate is only used in certain scenes, so that should make us feel just as weird as those other HFR movies.

Other than that, Avatar in IMAX 3D is surely the benchmark stereoscopic experience, so even if you normally avoid 3D, you should make the effort to go for it. Avatar will also be available in a 4K HDR version. The only cinema format that really does HDR justice is Dolby Cinema, so if you’re a big fan of seeing the world of Pandora on screen, this is another format to check off your list. And finally, Cameron is also queuing Titanic at HFR to celebrate the 25th anniversary of the filme birthday next year.