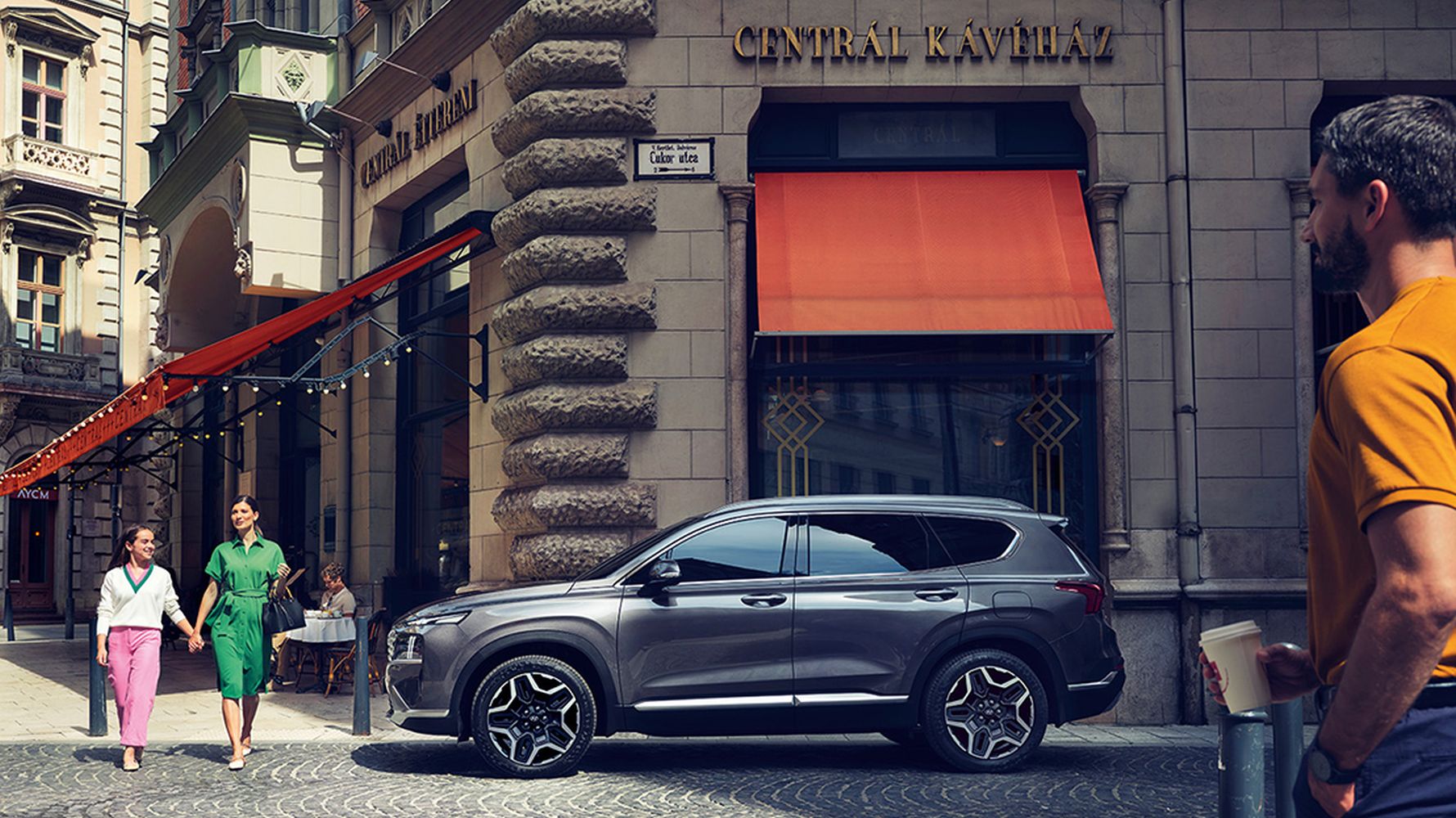 Hyundai Assan, which garnered all the attention by offering the B-SUV BAYON model last week, now maintains its claim in the SUV segment with the New Santa Fe. Distinguished by its technological features, elegant design and interior spacious, the New Santa Fe also displays a very successful posture with its quality of high-end materials and its powerful engine. Santa Fe, which is of great importance as Hyundai’s best-selling model and also the best known in the world, is positioned in the D-SUV segment.

Expressing his views on the new model offered for sale, Hyundai Assan Managing Director Murat Berkel said, “With our new Santa Fe model, our SUV family continues to grow. We are now doubling our demand by shifting our model diversity in the B-SUV and C-SUV segments to the D-SUV segment. Santa Fe, one of Hyundai’s best models in the premium class, will attract all the attention with its new generation of high-performance 230 hp turbo petrol and hybrid engine. The new Santa Fe will also bring us a whole new clientele of premium brands thanks to its comfortable and rich amenities. In short, the New Santa Fe, with its technological characteristics, its elegant design and will make the difference in the SUV segment in Turkey, ”he said.

As part of Hyundai’s new design features, Santa Fe reveals its new design identity with its grille combined with LED headlights and daytime running lights (DRL). The wide grille gives the new Santa Fe a bold character, while the geometric pattern on the grille adds a stereoscopic look. The new T-shaped daytime running lights complement the solid character of the car’s exterior and make it recognizable even from the greatest distance.

Equipped with the next-generation 1.6-liter T-GDi “Smartstream” engine, the premium car is the first model to use Hyundai’s new continuously variable valve timing (CVVD) technology. This system, which prioritizes fuel efficiency as well as performance, features the “Low Pressure Exhaust Gas Recirculation (LP EGR)” function to further optimize the engine. The CVVC system allows a noticeable increase in performance by regulating the opening and closing time of the valve according to the driving conditions. It also offers improvements in terms of energy efficiency and emissions.

Among other improvements, Hyundai also includes electrification in the Santa Fe model. By supporting the turbo gasoline engine with hybrid technology, Hyundai combines engine performance and fuel economy, thus best meeting customer expectations in the SUV segment. . Produced with an all-new platform, Santa Fe makes it easier to work with electric powertrains as well as significant improvements in safety. The direct injection turbo engine produces 44.2 horsepower in combination with the 230 kW electric motor, while delivering a maximum torque of 350 Nm. This electric motor, which transfers its power to a lithium-ion polymer battery of 1.49 kWh, reduces the emission values ​​and fuel consumption of the Santa Fe, especially in city traffic, while contributing to performance at the same time.

The new Santa Fe, offered for sale in Turkey with one equipment option and one engine type, catches the attention of crowded families with its 7-seater layout. The front and rear seats of the car, which have leather upholstery, are heated, while the front seats have a cooling function. While the upgraded steering system also has a heat function, there is an electronic speed panel on the front console. The feeling of space is enhanced by the use of a button system instead of the traditional gear levers.

Having a very premium vibe, Santa Fe is equipped with a large 12.3-inch digital instrument panel. Another notable piece of equipment in the cockpit is the 10.25-inch infotainment screen, which we are familiar with from other Hyundai SUV models. Supported by the Krell music system, this display also features Apple Car Play and Android Auto connectivity. The wireless charging system, which is a requirement today, is also offered in Santa Fe.

The 360-degree camera system, which assists the driver when parking or maneuvering in congested areas, is part of Santa Fe’s safety equipment. Equipped with intelligent cruise control with stop and go function, d A lane-keep assistant, a lane-keep assistant and a forward collision avoidance assistant, the Santa Fe also has a power tailgate.

Equipped with an all-wheel drive system, the Hyundai Santa Fe 1.6 Hybrid Progressive is priced at 889,000 TL.

Queen’s Brian May on Freddie’s latest request: “He was full of…

Eagle Archives, July 20, 1932: A man from North Adams develops a camera giving a…