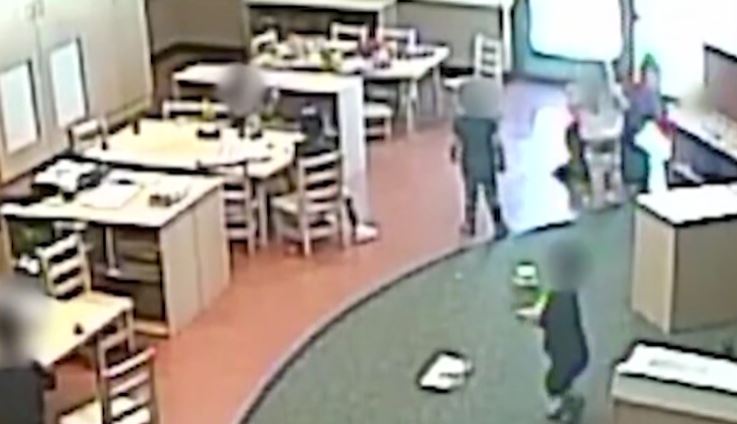 Parents and guardians place great trust in child care centers and schools; some of these facilities provide comfort and transparency to parents by installing cameras in their classrooms and other environments. Now, two Valley parents of a child injured by an educator say they are on a mission to ensure cameras are in more classrooms.

In Nevada, efforts were made to install cameras in special education classrooms in public schools across the state, but that effort failed to pass lawmakers.

State daycares are also not required to have cameras installed, but a Valley family says it was a camera that helped reveal the truth after a daycare worker initially lied about what had happened to their two-year-old son.

The family is now suing the daycare and Elicia Miller for neglect and abuse. “You can imagine how scary it would be to think if we only had the incident report if we didn’t have the classroom footage,” said Adam Ellis of Panish Shea Boyle Ravipudi LLP and attorney. representing the family.

The parents say they learned that their son’s leg was broken. But that’s not what they were initially told by staff at the Creme de la Creme daycare center in Durango, in the Southwest Valley, on May 12 last year.

The boy’s father spoke to 8 News Now’s I-Team and asked to protect his family’s identity. “My heart was broken,” the father said after watching an educator abuse his child on video. His reaction is likely to be understood by any parent.

The family say they received a call to pick up their son after another child pushed him, a detail also noted in a form provided to parents by the daycare. But after learning of the severity of her son’s injury and after a doctor said it was probably not an accident, they demanded to see the video.

“I couldn’t believe what I was seeing,” said the father who was only shown a 19-second snippet of the video.

According to the arrest report, Elicia Miller admitted to losing her temper and expressing remorse. Miller was fired from daycare and arrested for child abuse.

Miller eventually accepted a plea deal, the charge was reduced to attempted child abuse, and she will likely receive probation.

After a recent court appearance, I-Team’s Vanessa Murphy asked Miller if she was remorseful, she didn’t comment.

This arrest report revealed that the incident with the child occurred at 10:15 a.m. However, the daycare director noted that Miller did not call reception until 10:21 a.m. During this time of about six minutes, the child suffered and cried with a leg without immediate attention, also revealed because of the camera.

“Hopefully more parents will demand that a provider have cameras in the room, better recorded, better monitored, and that will hold people accountable,” the father said.

The parents told I-Team that the daycare lacked transparency and noted that they did not receive a copy of the video until they hired a lawyer and once that they had the video, they had only seen 19 seconds of the footage.

The 8 News Now I-Team broke this story for the first time on Wednesday. And, hours before the live TV broadcast of the report, a daycare attorney filed an urgent motion in court to stop the I-Team from showing the video to the public. This motion failed.

Could there be a revival of 3D TVs, or are they dead and gone?