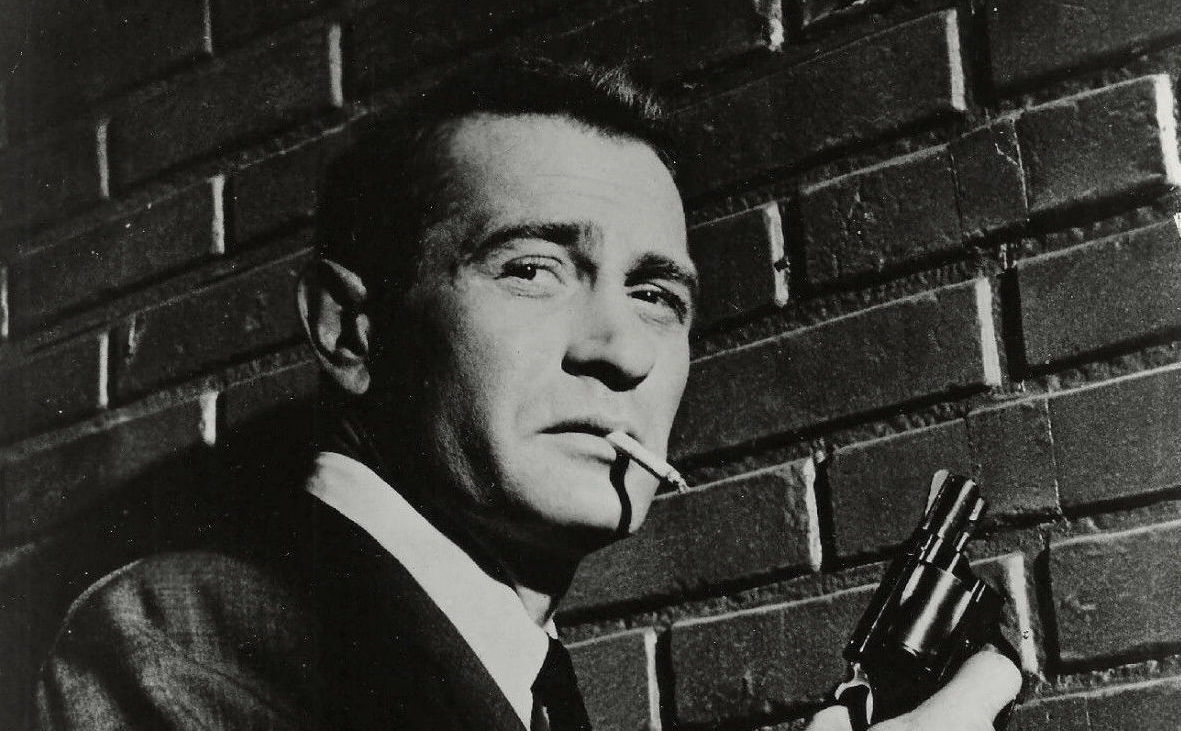 When visiting a big city for a short time, you can try to fit as many activities as possible into your limited schedule. When you go to an amusement park, you try to get as many rides as possible before closing time. Likewise, I blocked my schedule when I covered the 2022 Turner Classic Movie Film Festival in April. Over the four days I saw 14 films, taking very few breaks between showings, and there were more films than I would have liked to see if I had had enough time.

Since so many more movies have been released than one person could see, I had to choose my movies carefully. Instead of just watching the movies I really wanted to see, I decided to go for quirky or rare screenings. Although the experience is improved on the big screen, I could easily watch other selections I wanted to see on DVD or Amazon Prime Video at home. Thus, I gave priority to films listed as special presentations, which are not readily available. Among these was a 3D film, “I, the Jury” from 1953.

Before going to this screening, I had a quick dinner after “Cocktail Hour” (that’s the name of a movie, I didn’t indulge in martinis). As I grabbed a quick slice of margherita pizza at the California Pizza Kitchen in the TCL Chinese Theater Complex, other moviegoers lined up to see the festival’s only 3D film. Luckily my press pass got me one of the last good seats so I didn’t have to sit in the front row as the usher had warned last entries could do it. Donning the special glasses, I settled into my seat on the far left of the fifth or sixth row to watch the first 3D feature film I had ever seen.

This film is based on a story by famous detective novelist Mickey Spillane. In fact, it is an adaptation of his first novel, published in 1947 under the same name as the film. This book introduced its best-known character, private detective Mike Hammer. Although five more Mike Hammer books were published in 1953, “I, the Jury” was the detective’s first time appearing on screen. The screen rights to “I, the Jury” and another Spillane novel were purchased by Victor Saville’s production company, Parklane Pictures, Inc. He would follow that film with two more Spillane stories in the years following: “The Long Wait” (1954) and “Kiss me to death” (1955). Although “I, the Jury” received mostly negative reviews upon release, it was a box office hit. Hitearning $1.4 million in the United States.

This film is not an extremely close adaptation of the book. Since it was made in the early 1950s, which was still the era of production code, the novel’s more sensationalist elements have been toned down or eliminated. In fact, when I read the synopsis of the film on Wikipedia before writing this review, it not only jolted my memory, but included details that I hadn’t detected in the film when I saw it. looked. This synopsis refers to a character as a drug addict and a dance school as a front for prostitution. While I agree that such conclusions can be drawn from the film’s situations and dialogue, a lot needs to be read between the lines, or rather between the frames. The obvious narcotics ring, drug addicts, and casual affairs in the book’s plot were omitted from the film. Also, the criminal activity prohibited by the Code that remains in the story is presented quite delicately, I feel. Also, the on-screen violence is pretty minimal.

Although 3D technology has been around in some form since the nineteenth centuryaficionados describe 1952-1955 as the golden age of stereoscopic movie theater. Between the premiere of “Bwana Devil” on November 26, 1952 and “Revenge of the Creature” on March 23, 1955, fifty English language feature films were released using the awesome new technology. The other forty-eight films were all shot between January and October 1953. Among these was “I, the Jury.” Due to the expense and precision required to properly project 3D movies, many theaters in the 1950s opted to show movies created with the special technology in 2D instead. However, the novelty was quite popular for a while, arguably adding to the success of this less than critically acclaimed picture.

“Me, the Jury” was my second experience with 3D technology. The first was not a feature film but the trailer for Disney’s “A Christmas Carol” which I saw at the El Capitan Theater before a screening of “Tinkerbell and the Lost Treasure” in 2009. This 3D experience was very different from the previous one. I remember seeing snowflakes floating through the air right in front of me when I watched the trailer, but there was nothing quite so dramatic about this 1950s film. All it has really does is add realistic perspective and depth to everything. Nothing flew out to the audience, so to speak, but the people and especially the objects on screen didn’t look flat, as they do in 2D movies.

When playing 3D movies from the 1950s, I’ve heard that they were uncomfortable to watch because they caused eye strain and headaches. From the research I’ve done since watching “I, The Jury,” I’ve learned that eye strain, headaches and nausea are symptoms some people experience from any 3D movie, including those made in the 21st century. I didn’t experience any of these effects while watching this movie, which surprised me, because watching four movies in one day is enough to give anyone a headache at night. The only difficulty I had was keeping the image sharp. Although I wore glasses, I frequently had to adjust my head to keep the image clear. I think it’s partly because I was quite far to the side and close to the front. For those seated in the center a bit further away, the screen was probably clearer. That’s what I get for dining instead of queuing for an hour!

Watching “I, the Jury” was an interesting experience. I wouldn’t call it a brilliant movie. I didn’t find the acting bad, as many reviewers have said, but I felt the film had the overall tone of a satire or parody of the detective genre rather than a serious movie. It was definitely my least favorite movie of the festival, aside from Pre-Code’s “Cocktail Hour” that I talked about earlier. It’s not too bad, because the other twelve films were fabulous!

I name “I, the Jury” as my least favorite because it’s probably not a movie I would see again. Without the 3D gimmick, it doesn’t have much to appeal to me. I’m not a huge fan of the crime/crime genre, especially when the film is based on rather sensationalized material. Besides that, maybe the main reason why I don’t like this movie is the fact that it doesn’t feature any big stars. I must admit that I tend to be prejudiced against films whose protagonists are not names or faces that I recognize. I recognized a lot of actors, of course, but I really missed seeing familiar faces as main characters.

In his screen debut as Mike Hammer, the only time he played the role, by the way, Biff Elliott created a very defined character. I don’t think he was bad in the role, as many have suggested. In fact, the introducer said that many consider him the best incarnation of Mike Hammer, although he couldn’t say otherwise as Mr. Elliot’s widow was in the audience! Other than that, I think I would have enjoyed the movie more if someone like Kirk Douglas or Ronald Reagan played Mike, although he wouldn’t necessarily have been much better. If you’re a Mickey Spillane fan or maybe a crime drama connoisseur, you might really enjoy this movie! If you’re a parent or grandparent, you’ll appreciate that this is one of the only Spillane adaptations you can watch with a kid.

Police are looking for a vandal who damaged security cameras at two Sunnyside subway stations – QNS.com