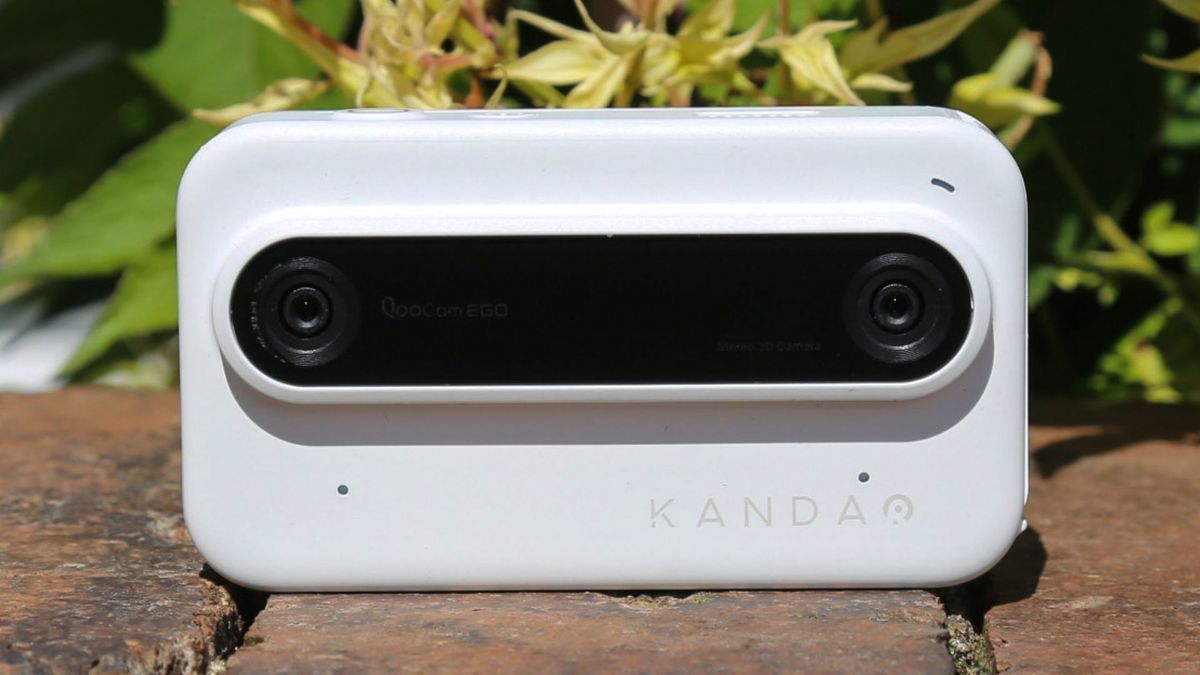 Why does your phone only use one lens at a time to capture the world while your head uses two? Humans view the world stereoscopically, with two eyes each getting a slightly different view. It allows us to feel the depth. So… 3D TVs? Yes, they haven’t gone anywhere, but 3D cinema remains. Is there still enthusiasm for 3D content? If there are, then surely virtual reality headsets like the Oculus Quest 2 (or Meta Quest 2, as it’s sadly called now) will support it.

Virtual reality is definitely one of the target markets for KanDao – the makers of the QooCam 8K 360 degree camera a few years ago – including the new black or white QooCam Ego 3D camera that shoots in 3D. It’s a bit unique. About the size of a retro smartphone that’s easy to tuck into a shirt pocket, it has two f/1.8 lenses positioned on either side that each have a 66-degree field of view.

It takes 3D images in JPEG format and 3D movies in H.264 MP4 format. What makes it particularly impressive are the details it offers. Photos are a relatively high resolution of 8000×3000 pixels – so around 24MP – while videos are 3840×1080, so half-4K quality in portrait format and at 60 frames per second. It’s all saved to a microSD card up to 256GB (there’s no onboard storage) and there’s a responsive 2.54-inch touchscreen.

While it’s not exactly meant to smash our guide to the best compact cameras, it’s arguably one of the more unique and interesting options, especially if you’re looking to shoot an immersive video to send. to distant relationships. Should I buy it? It depends on how early an adopter you are…

After using the QooCam Ego 3D for about a week, I took it to Berlin. I discovered that its use is not as simple as it seems.

I thought we had entered an era of super-fast gadgets that don’t overheat, but that’s not the case with the QooCam Ego 3D. It’s slow. So very slow. Turning it on means waiting around 20 seconds before it is ready to use. Switching between 3D video and 3D photo takes around four seconds, so if you want to capture a special moment, you’ll need to be ready well in advance.

A 3D camera will always produce the most impactful content when capturing things that are relatively close. This is where two-eyed humans see the most depth, so the same goes for the QooCam Ego 3D. In addition, the lenses are usefully very narrow, so it is very difficult to film or photograph an entire room.

The QooCam Ego 3D is best used for close-ups of objects and people, not decorators. Although its two lenses are fixed focal length, there are six depth choices – expressed in centimeters – that I had to choose between before taking a 3D photo or video. This proved to be a laborious task, with constant changes needed to keep 3D content from blurring where it counts.

There is also a different set of parameters for each format; 5m deep for photos and 2m deep for video. In practice, the best way to film is to plan a shot, adjust the focus, and then check your video for sharpness and 3D effect by attaching a special viewer and monitoring it. It’s a bit wrong, but some of my videos were really immersive.

VR, but not as you know

Currently, there are limited ways to consume 3D content shot on the QooCam Ego 3D. It comes with a red viewer that magnetically clips onto the touchscreen. It gave me an instant way to enjoy my 3D content, and in 37 pixels per degree (PPD).

That’s actually more than the twenty or so PPDs of an Oculus Quest 2, with a VR headset being the second most obvious way to view 3D content. After capturing a range of content, I dragged and dropped it onto an Oculus Quest 2 and watched it using the Bigscreen app’s 3D mode.

It’s VR, but not as you know it. Unlike head tracking which is arguably the selling point of VR headsets in terms of immersion, with 3D you’re stuck with a static image… but with another dimension. So you see depth, but only in a still image format. After all, it’s not a 360 degree camera.

I enjoyed looking at part of Berlin through the Oculus Quest 2. There’s just enough resolution to impress, although there are a few issues. The biggest is depth, with closer objects looking much more 3D than anything mid-distance.

Critically, the QooCam Ego 3D only has electronic image stabilization, which is a way of saying no, it has nothing to do with the kind of effect you’ll find on a GoPro (HyperSmooth) or an Insta360 (FlowState) camera. The result is that everything looks rather wonky even when using a selfie stick.

This has ramifications that make the QooCam Ego 3D feel a bit first-gen. No doubt about it – shooting 3D video using this camera requires it to be mounted on a gimbal if it is to be watchable.

There is a standard tripod thread on the bottom, so it can easily be mounted on a gimbal for video and a tripod for vlogging. For the latter, it has self-timer options, but make sure you set the focus distance and don’t move forward or backward while shooting.

So is it good?

My first impressions of the QooCam Ego 3D were pretty good, thanks to its ease of use and overall user-friendliness. Sure, turning content on and off is a DIY, but sideloading to a VR headset and/or uploading to YouTube is relatively simple…if you have a computer and a microSD card reader.

Sure, its 1,340mAh battery life is short. Even the best action cameras and 360 cameras that are roughly the same physical size rarely manage more than an hour and the QooCam Ego 3D is no different. I found I had to think about exactly what I wanted to shoot, not only in terms of depth measurements, but also in their perceived 3D value, as the percentage indicator of remaining battery life obviously matters countdown while you are filming.

I think I had around 40 minutes with the QooCam Ego 3D. Regardless of how long it’s used, the camera gets noticeably warm in the hand, bordering on hot. When I tried to use it at a heat of 28°C/82°F, it informed me that it was overheating and would turn off. It took about 30 minutes to cool enough to use again.

Overall, I liked using the QooCam Ego 3D, but as hardware, it needs improvement. The software is also extremely slow despite its ease of use. After using it in Berlin for a week, I came to the conclusion that there was a place for the QooCam Ego 3D, but it needed six things: more processing power, longer life longer battery life, a 3D autofocus mode, effective image stabilization technology, a better way to connect to its app, and wider-angle lenses.

That said, the QooCam Ego 3D is currently one of the easiest ways to capture 3D content for viewing either on your own viewer or on a VR headset like the Oculus Quest. You just need to plan carefully and be prepared to dive deep into the depths.