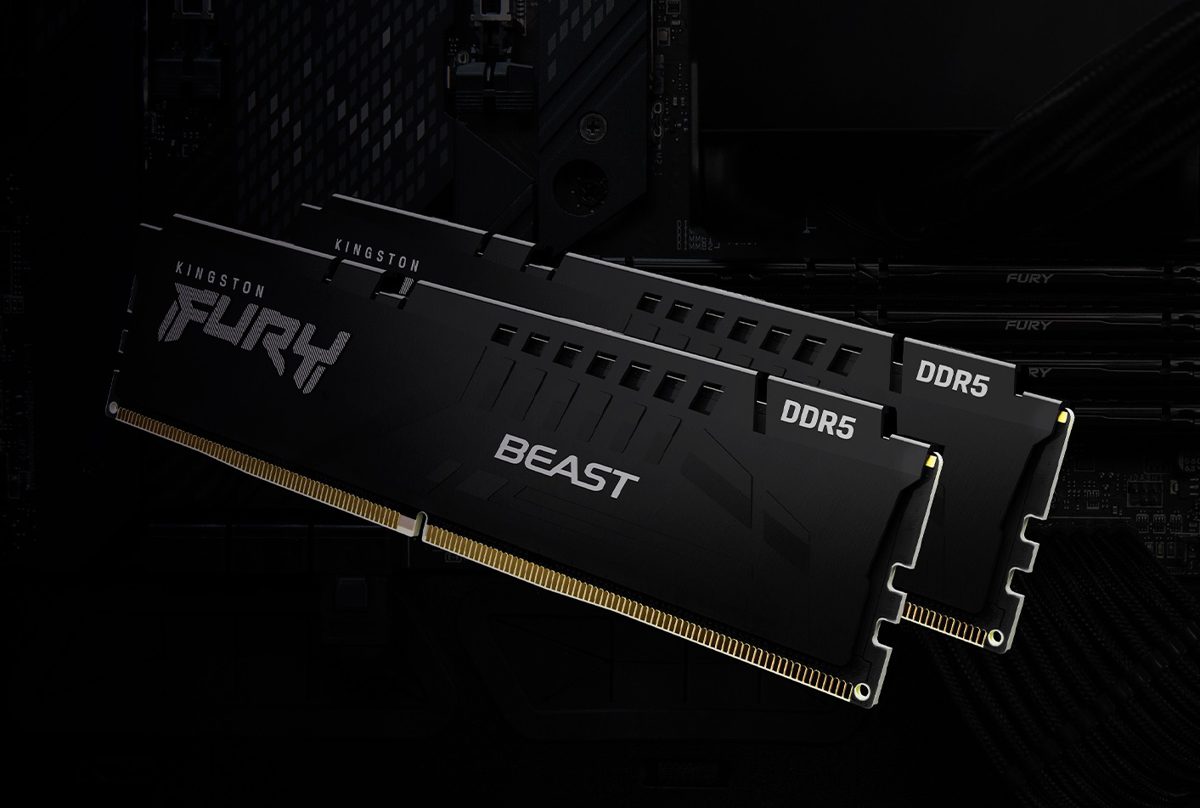 Kingston has revealed that it has launched its state-of-the-art Kingston FURY Beast DDR5.

I spoke to Antoine Harb, Middle East and North Africa team leader at Kingston Technology to find out more about what Kingston is doing with DDR5.

With speeds twice as fast as DDR4, give us a glimpse of how this is made possible?

Antoine: “The Kingston FURY Beast DDR5 offers an arsenal of enhanced features such as on-die ECC (ODECC) for improved stability at extreme speeds, two 32-bit subchannels for increased efficiency, and an integrated circuit for power management. Power On Module (PMIC) to deliver juice where it’s needed most. Due to this addition of the Power Management Integrated Circuit (PMIC) to each DDR5 module, this required new routing and distribution arrangements. power supply not needed for DDR4. In addition, DDR5 modules are now split into two 32- bit subchannels, which allow more efficient data access by the CPU. ”

Regarding compatibility, which OEMs did you work with to launch this generation?

A: â€œMemory validation requires the cooperation of the entire IT ecosystem, and Kingston has forged close ties with major motherboard and chipset manufacturers throughout its 33-year history. This step continues the critical process of bringing high-performance, overclockable memory solutions to market. .

Kingston recently announced that its DDR5 UDIMMs have received Intel platform validation. This marked the first and arguably most important step in validating compatibility between Kingston DDR5 memory solutions and Intel platforms using DDR5. The Kingston FURY Beast DDR5 has also been tested and approved by MSI, ASUS, ASRock and Gigabyte, the world’s leading motherboard manufacturers, bringing the advancements in DDR5 performance and data integrity to a global audience.

We are facing the situation of pc parts shortage; Can users expect to see the same situation with the next generation?

A: “The new generation of PC parts will face shortages due to multiple factors, but this situation is expected to improve significantly from the start of 2022.”

Are there plans to store ddr3 products? Whereas they are still in demand so far.

A: “With fewer DRAM vendors on the market today, the ability to maintain legacy memory technology is declining compared to a few years ago. However, Kingston Technology will continue to support DDR3 to the best of its ability at the latest. over the coming year. “

With the advancement of speed, Plug N Play At 4800 MHz, the Kingston FURY Beast DDR5 is ideal for gamers and enthusiasts looking for better performance from their next-gen platforms.