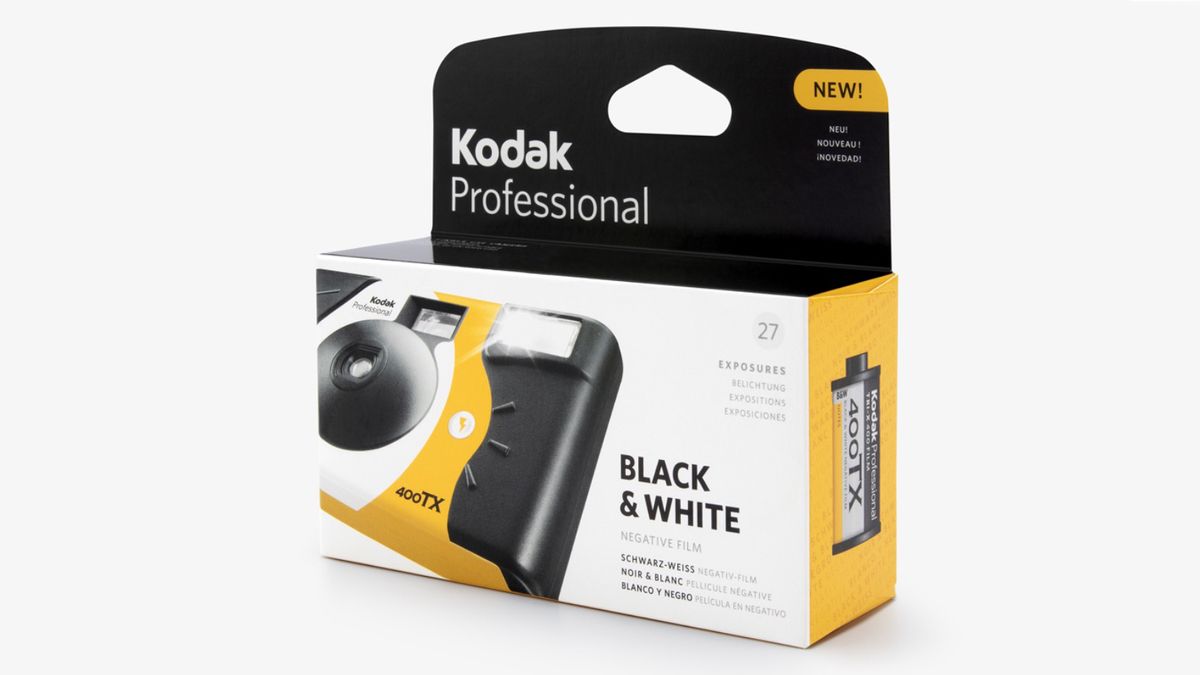 Kodak has announced a new single-use camera designed to rekindle enthusiasts’ passion for disposable cameras, with a body preloaded with 27 frames of the classic Kodak Professional Tri-X 400TX black and white film.

Even the best disposable cameras are not as popular as they used to be, despite the reappearance of film photography as a medium in recent years, with traditional darkroom practices still being taught in educational settings. By wrapping this throwaway with Tri-X – considered by many to be the best film for 35mm cameras – Kodak hopes to rekindle the passion for striking, contrasting shots among the masses.

The new Kodak Professional Tri-X 400TX single-use camera features a 30mm f / 10 dual element lens, claims to have the brightest flash of any single-use camera, and is designed with a Power Flash Automatic with a dual element aspherical lens (powered by one AA battery) to eliminate the hassle of shooting indoors. The camera also features a fixed single shutter speed of 1/125 second with a focus range of 1.3m to infinity.

The camera can be taken to any lab that processes black and white film to be developed, and is convenient for processing in a home darkroom if the user chooses to do so. There are “Tech Pubs” on the Kodak site that you can refer to for more information on home treatment.

According to a Waste Connect backgrounder, Kodak has responded to concerns about single-use cameras by starting to recycle and reuse its disposable cameras. When a used camera is dropped off at a Kodak booth, the packaging will be sent to a recycling center for re-shredding and reuse. Other camera parts and batteries are tested and reused within Kodak Company, with all recycled disposable camera parts sent to a Kodak manufacturing facility.

There is no news on the price of the camera yet, although with contemporary disposables ranging from $ 10- $ 35, we’re probably looking in that price range.