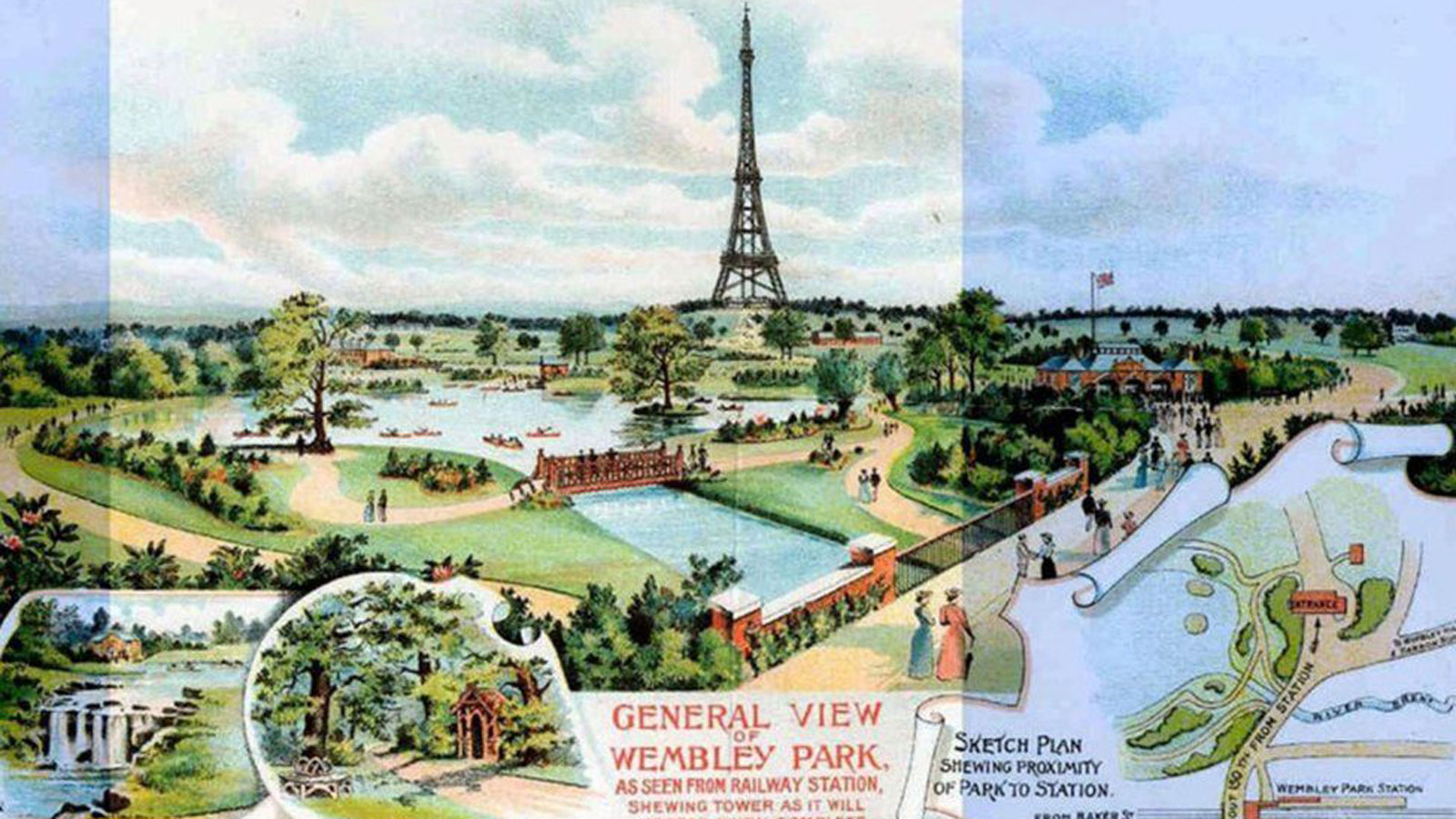 London almost had an “Eiffel Tower” taller than France’s

London has almost overtaken Paris when it comes to metal monuments. Proof of this is buried beneath one of the city’s most famous football stadiums – Wembley. It was going to be called the Great Tower of London and it would have been 138 feet taller than the Eiffel Tower (it was supposed to be 1,200 feet and the Eiffel Tower is 1,062 feet).

Sadly, in classic British fashion, it ended up being a little disappointing, with construction being abandoned when the tower was still just a stump. It was demolished in 1902 and its foundations were found in 2002 during the reconstruction of Wembley Stadium.

So what was wrong? First: The idea for the tower came from a Victorian railway magnate called Sir Edward Watkin. He was an ambitious man. He wanted to build the tallest tower in the world, like other men of the time, “to make an impact on the world,” said Jason Sayer of the London School of Architecture. BBC.

“The tower was to be his legacy.”

He was inspired by the Eiffel Tower in Paris. If the Eiffel Tower was initially considered a monstrosity, it quickly became both iconic and lucrative. The Great Tower of London, however, was never one of those things, as Watkin chose to build it in the swamp on the outskirts of London.

He bought 280 acres of land in the Wembley area and had hopes of building a whole new community with the project, linked to London by the metropolitan railwayof which he had been president since 1872. He also hoped that more people would use the trains.

According to BBC, “his park, which included a boating lake, waterfall and various sports grounds, opened in May 1894 and quickly became popular with some 100,000 visitors in its first months.”

“Those who strolled lazily through the large green gardens would have heard the heavy clank of metal as work continued on Sir Edward’s Tower” (BBC).

Things soon turned sour, however. The tower has developed a slope. It also appeared to be a little too far from central London to get the volume of people needed to make it profitable (as Mr Sawyer told the BBC“If he had built it in Hyde Park, it would probably have been a resounding success”).

As it stood, the design that was chosen (Watkins held an international design competition and chose the submission from London architects Stewart, McLaren and Dunn), did not work well in the swamp. They got to about 150 feet and realized that to build any higher would be dangerous.

At this point, Wembley Park had been open for a year and receiving moderate success (in terms of public visitation), but the tower was far from being successfully completed.

As Christopher Costelloe, expert in Victorian architecture and inspector of historic buildings from the public heritage organization Historic England, put it CNN“When they reached the first stage, it quickly became clear that the building was collapsing. Not so bad that they couldn’t use it, but they certainly realized they would be in big trouble if they kept building it higher, which would put more strain on the legs.

“Although it was opened to the public and lifts were installed, the tower was doomed” (CNN).

“One of the main issues was that Watkin died in 1901,” Costelloe also said.dCNN. “He had been the driving force behind the project and with his death, all that remained was a rational calculation of costs and benefits. People could climb to the first floor, but it wasn’t high enough to get the kind of panoramic views one would get from the top of the Eiffel Tower, and the surroundings weren’t particularly developed or spectacular.

“There just weren’t enough visitors to pay for the finish.”

A year after Watkin’s death, the tower was deemed unsafe and closed. Shortly after, it was demolished with dynamite. Although he was greatly mistaken, Watkin’s vision for the Wembley area turned out to be prophetic. The surrounding area continued to do well as an industrial and residential suburb.

It also became the home of one of the most famous football stadiums in the world, Wembley Arena.

Did you enjoy this story?

If so, subscribe to our daily newsletter to receive our top stories.