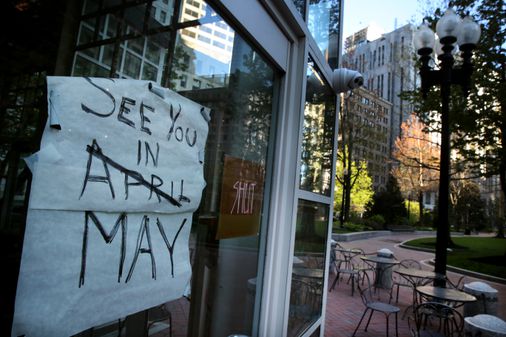 This fund, which provides benefits when people are made redundant, is multibillion-dollar in debt – due to record payments during the COVID-19 pandemic and legislation that for decades has allowed employers to pay less than was necessary. Earlier this year, the Legislature authorized a $ 7 billion loan to pay down the deficit and cover future deficits.

A new state commission set up to reform the unemployment trust fund is examining the many factors that help support the precarious system. Worker advocates are pushing for companies to put more into the fund, noting that any tax increase linked to the increase in the average weekly wage would be relatively small and that employers’ concern is a ‘red herring’ to justify reduction of unemployment benefits. Professional associations, on the other hand, are pushing to adjust the way benefits are paid in order to control employer contributions.

“Unemployment insurance is a crisis right now,” said Christopher Carlozzi, Massachusetts director of the National Federation of Independent Business and member of the new Unemployment Insurance Trust Fund Study Commission. “The cracks in the system were really shown during the COVID crisis.

Average weekly wages have increased across the country this year as low-paid workers – many of them women and people of color – have been made redundant during the pandemic. This, in turn, caused a larger proportion of the overall workforce to be made up of higher income earners.

The increase was greatest in states with highly skilled workforces, such as Massachusetts, New York and California, according to Wayne Vroman, an economist at the Urban Institute. A number of states have seen above-normal increases in their maximum weekly unemployment benefits – they increased by $ 85 in Washington and $ 60 in Oregon – but the $ 119 jump Massachusetts, which already had the highest maximum unemployment benefits in the country, is one of the steepest, according to the Century Foundation think tank.

This sharp increase in the maximum allowance is an anomaly due to the pandemic, according to those who study UI, and is very likely to moderate and possibly even decrease in the years to come. Between 2019 and 2020, for example, the maximum benefit increased by $ 32. In most years it increases by about 3-4%.

The real problem is what made the maximum allowance increase: All low-wage workers who lost their jobs or had to quit during the pandemic and were not counted in the average wage, Senator D said. ‘State Patricia Jehlen, who co-chairs the unemployment trust fund commission.

“Many of these workers are still out of work and now without unemployment benefits, and I am deeply concerned about their livelihoods and their ability to support their families,” she said in a statement to The Globe.

Meanwhile, white-collar workers who could work from home were much less likely to lose their jobs during the pandemic.

“This is just another example of the tragedy of the two-tier economy. The rich got richer and the poor got poorer, ”said Monica Halas, employment lawyer at Greater Boston Legal Services.

But many low-paid workers considered essential workers received increases during the pandemic, said Jon Hurst, president of the Retailers Association of Massachusetts, noting that they have also contributed to the increase in the average weekly wage and may be eligible. higher unemployment benefits in the future.

In Massachusetts, unemployment insurance is funded by taxes paid by employers on the basis of the first $ 15,000 of a workers’ annual salary, and the tax rate depends on the use of the system by each employer. (Unemployment benefits are set at 50 percent of a claimant’s salary, up to a maximum amount determined by the average weekly wage.) Employer groups fear that if increasing maximum unemployment benefits will exert more pressure. Under pressure on an already insolvent trust fund, these taxes could be high. But worker advocates note that higher incomes are less likely to be made redundant and the impact would likely be negligible.

In Massachusetts, the taxable salary base of $ 15,000 is much lower than that in some states, including Washington, where the base is $ 56,500, and Alaska, where it is $ 43,600. For a Massachusetts employer whose workers earn $ 150,000, only 10% of those wages are subject to unemployment insurance tax, while employers whose workers earn $ 30,000 pay taxes on about half of their wages. salary, noted Phineas Baxandall, senior analyst at the Massachusetts Budget. and Policy Center. This means that companies with low-income employees, whose wages generate the same amount of employer taxes on the fund as higher-paid workers, in effect subsidize unemployment benefits for higher-paid workers, a- he declared.

Raising the amount of wages subject to unemployment insurance tax and indexing it to follow wage growth would not only allow more money to be invested in the fund, he noted, but it would also make the fairer system. But big companies that tend to pay higher wages would likely protest.

“They would cry bloody murder, and unfortunately their voices are often louder than others,” Baxandall said, noting that the unemployment system has been a “savior” for businesses during the pandemic by putting money between them. hands of customers who otherwise wouldn’t. had the capacity to spend. “We should congratulate the UI system for saving the economy. The challenge is to make sure it will be robust for the next downturn. “

Raising employer contributions to the unemployment fund would make it even more expensive to do business in Massachusetts, business groups said, noting that the increase in the average weekly wage would also trigger other tax and bonus increases. . Thus, discussions on fixing the unemployment system must also include the freezing of benefits, stricter eligibility conditions and adjustments to the frequency of calculation of the average weekly wage.

Workers’ advocates note that many people are already left out of the unemployment equation. Those with fluctuating work schedules are sometimes denied benefits because of the way eligibility is calculated, they said.

Considering all the problems with the state’s unemployment system, there is at least one thing everyone seems to agree on: it is in dire need of reform.

At a virtual meeting of the Unemployment Trust Fund commission on Friday, Rosalin Acosta, the Secretary of State for Labor, warned that although there have been many “levers that you can pull on both sides To adjust employer contributions and workers’ benefits, the change will not happen. overnight.

“The IU is an extraordinarily complicated animal, and that’s why we’re where we are, because it’s kind of a third rail, a bit of an untouchable,” she said. “Ultimately, however … there is a finite number of things you can do.”