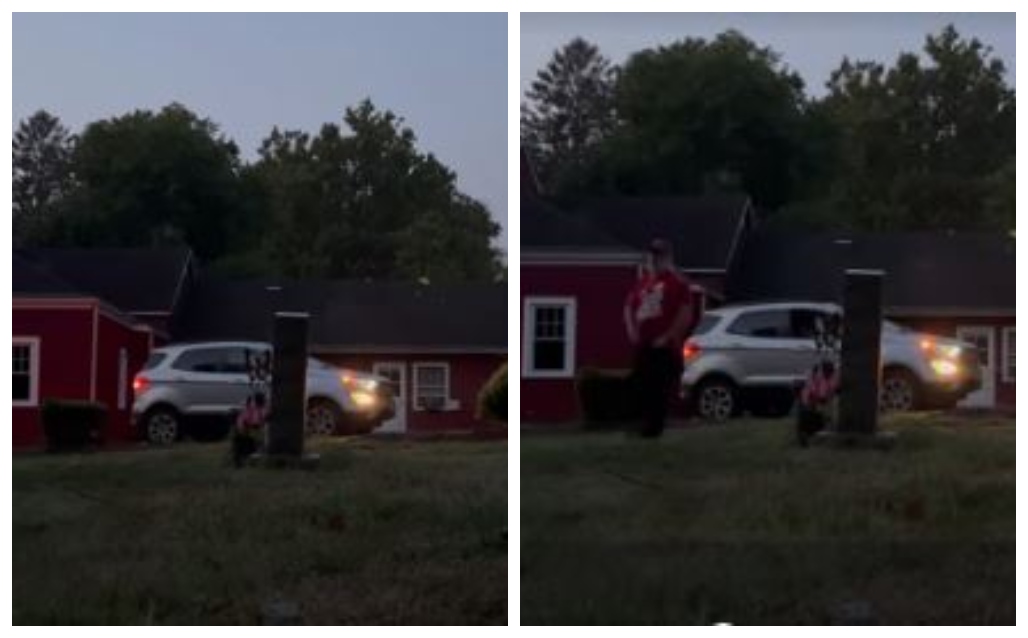 There’s grudges, and then there’s everything this guy does. It feels like a step or two beyond your ordinary grudge.

An unidentified man regularly visits his ex-wife’s grave and leaves behind unsavory ‘gifts’. According to the woman’s children, Michael Andrew Murphy and Renee Eichler Barragan, the man left bags of excrement at the grave.

As if that weren’t enough, he also goes to the grave early in the morning to pee on it. They know because they set up a camera and caught him in the act.

Linda Torello died of cancer in 2017. His children say the man was briefly married to their mother in the 1970s. They divorced in 1974.

The siblings decided to set up the camera after repeatedly finding bags of excrement on their mother’s grave. Torello’s son was nearby when they caught the man on camera.

“I saw his car stop. I tried to get in my car, but I was afraid to scare him,” murphy said. “So I hid behind a shed.”

“I could see him walking towards the grave,” he said. “Believe me, I don’t know how I managed to get out of it. I’ve never had so much rage in my life.

Murphy said the grudge began when his mother became pregnant with the man’s child. He claims the man did not want to take responsibility for the child, but the man’s family sided with his mother.

“His family chose my mother over his [second] spouse. He said they were all dead for him,” Murphy said. “That’s probably where the animosity comes in.”

There was little the police could do as the man caused no damage to the grave. Although Murphy says an officer gave the man a public ticket to urinate after the family complained.

Here I thought holding a grudge for a few months was something. This guy organizes his day around his grudge almost 50 years later.

It takes a special kind of person to do that. By special genre, I mean delusional.