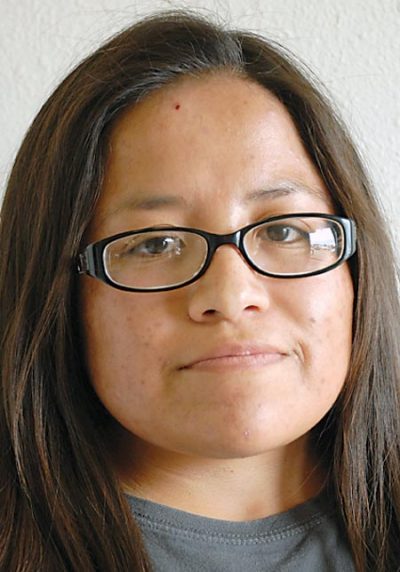 The Navajo Times has won 18 awards in the Arizona Press Club’s annual journalism competition, including the Arizona Community Journalist of the Year, one of the state’s most prestigious journalism awards.

Krista Allen, associate editor at The Times, was named Arizona Community Journalist of the Year for her coverage of the coronavirus pandemic in the Navajo Nation, which the jury said “embodies the essence of community journalism.”

The panel added, “Any reader can see that she is a journalist who cares deeply about her community, works hard to tell her most important stories, and is not dependent on the official narrative.”

“A series of knowledgeable stories,” said panelist Warren Woodberry Jr. of Millennium Magazine, “constant monitoring from start to finish. This is really what the report was supposed to do. “

Becenti also won the Nina Mason Pulliam Distinguished Environmental Journalism Award in the Community Division for her story on the impact of uranium cleanup on residents of the Navajo Nation.

The judges said Becenti’s story serves the vital role of exposing tribal leaders’ indifference to uranium pollution in the nation.

“What I was looking for was a human touch in these stories of COVID-19,” said panelist John Pacenti of the Palm Beach Post. “It was the only entry that brought that quality home.”

Sports Editor-in-Chief Quentin Jodie won first place for community sports reporting for his coverage of the rodeo in the Navajo Nation.

Citizens’ Voice panelist Tony Maluso in Wilkes-Barre, Pa., Said the coverage of Jodie’s rodeo “hit the subject from every angle.”

“(Jodie) was definitely on top of everything that was going on with the rodeo,” said Maluso.

“(Smith) looked at the situation and the dilemma facing athletes from all angles,” said Maluso, “exploring the subject in depth.”

The panelist, judging Sara Ziegler of FiveThirtyEight and the Society for Editing, said Yurth’s title wrote “combines fantasy with storytelling while making the points of the articles clear.”

Ziegler added: “I enjoyed the double meaning of ‘One for the Books’, while ‘Minimal pomp, weird circumstance’ captured the surrealism of an early (driving) perfectly.”

“When I first learned that we had worked well with the Arizona Press Club, I was very happy,” said Tom Arviso Jr., editor and CEO of the Navajo Times.

“But after seeing the actual list of winners,” he said, “it made me smile because I was so proud of our Navajo Times staff.”

Arviso said Allen and Becenti both won two of the highest journalism honors a journalist can get in Arizona.

“And our journalists won them both! exclaimed Arviso. “I am proud and happy for them because I have witnessed all the hard work they put in, the long hours they put in and the criticism they had to endure from some of our people. employees.

“I can honestly say that Krista and Arlyssa won these awards,” he said, “and they both deserve these honors.”

Arviso said that while Navajo Times staff ranked second overall in the Phoenix Business Journal, Times staff are still number one in that category, in his book.

“Our public service journalism is what we are very proud of,” he said. “Throughout the coronavirus situation, Navajo Times staff (were) in the audience to report the news and try to help in the best possible way. “

Arviso, Allen, and editor Duane Beyal congratulate the staff at the Navajo Times for their hard work and dedication to the Diné they serve.

“Kudos to my hard-working colleagues,” Allen said. “I’m happy for our team. And congratulations to Donovan, who is truly a determined journalist and works day and night, rain or shine, for our people.

“The man behind the scenes who helps make everyone shine is our editor, Duane Beyal,” he said. “Duane is one of the hardest working people I know, and a true editor of The Navajo Times.”

Arviso added, “The Arizona Press Club is made up of a die-hard group of journalists who take great pride in what we do for a living.

“Our members are of all types of nationalities, colors, shapes and sizes,” he said. “We’re pretty tough on each other when it comes to judging or criticizing each other’s work.

“So if you win an Arizona Press Club award,” he said, “trust me, it’s well deserved and respected and recognized by the entire journalism industry in the State of Arizona. “