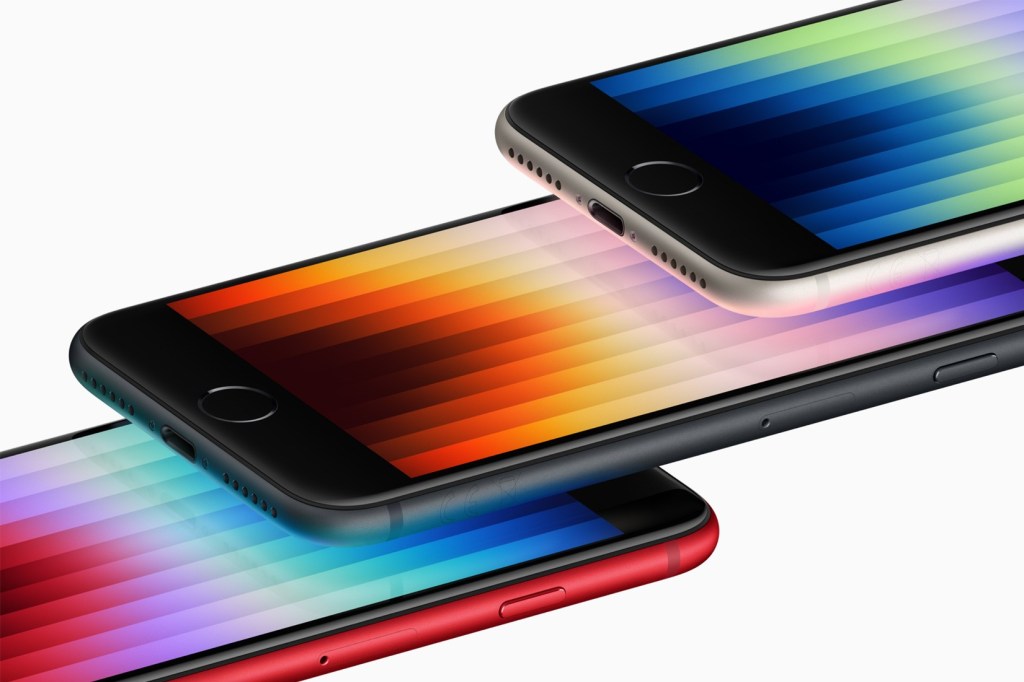 Not everyone can afford a smartphone that costs $1,000 or more. We are on a tight budget here at Casa Julio, for example.

So when my wife’s nearly ten year old Apple iPhone 5s became obsolete – her iOS operating system is no longer eligible for annual updates and it can only use a wireless network 3G which is being phased out nationwide – we started looking for a not-exorbitant replacement.

The answer seemed obvious. Apple recently announced the iPhone SE 3 to anchor the low end of its smartphone line. At $429 and up, it’s a steal (at least for iPhones).

It has a retro look (its design dates back to the iPhone 8, released in 2017), and it’s the only remaining iPhone model with a physical home button below the display. None of this is necessarily bad since many Apple fans love this classic look.

Those who want a cheaper but high-quality smartphone have alternatives. Samsung, for example, recently launched the Android-based Galaxy A53, which usually retails for $449 but was $349.99 last time I checked. This option seemed tempting even though my household tended to be Apple-centric.

But how do the iPhone SE 3 and the Galaxy A53 compare? Each has distinct strengths and will appeal to different audiences looking for a dime.

The 4.7-inch SE 3 is compact and very thin with curved edges that feel fantastic in the hand – more so than the fancier iPhones that are more angular with sharper edges which I don’t like as much.

The 6.5-inch A53, by comparison, is a boring rectangular slab that’s wider, longer, and thicker than the SE 3. Its touchscreen takes up the entire front with no physical home button, and this display is more beautiful than the one on SE 3.

Here’s where the A53 stands out. Its front or selfie camera has a resolution of 32MP, compared to just 7MP on the SE 3. The Apple phone has a 12MP camera on the back while the Samsung phone has four cameras – a 64MP main camera with depth, ultra-wide and zoom sensors.

Cameras are an important consideration for my wife as she has become more and more enamored with phone photography in recent years. Other iPhones offer dual or triple camera systems.

The SE 3 looks dated on the outside but is modern on the inside. It has the same A15 Bionic processor found in all other current iPhone models. This is important if you plan on keeping your phone for a long time, like my wife does. The 5, released in 2013, were eligible for software updates through 2019 and got security updates last year. That means an SE 3 would probably last at least six or seven years for my wife.

Android phones, by comparison, are notorious for becoming obsolete quickly. Galaxy devices are better than most, and are now promised four years of updates (and five years of security updates), versus Samsung’s previous three-year warranty.

The SE 3’s A15 processor is important for another obvious reason: the phone is quick, as fast as any other iPhone. The A53, by comparison, feels extremely slow.

Both handsets can tap into the blazing fast 5G wireless data networks offered by all US carriers, with one caveat – Neither supports mmWave, the 5G variant which is by far the fastest but not available. than in the nooks and crannies of major American cities (like like St. Paul), which makes it out of place for most people.

So which cheap phone is right for you? If performance and longevity are a priority, the SE 3 is the better bet. However, those who focus on photography might consider the A53 the better option, and its more generous storage is a plus. It costs less too. I’m wary of his lethargy, though.

WHAT DID MY WIFE RECEIVE?

As you might have expected, her story has a twisted ending. I mentioned that our household tended to focus on Apple products, and my wife decided she couldn’t leave that familiar ecosystem, even though the A53’s camera system looks appealing.

So she opted for the next most affordable iPhone, the 13 mini, with an all-screen design and dual cameras, plus 128GB of storage and that zipped A15 chip. It cost her $699 (ouch) — but she has no regrets.

If you’re still considering your options, read Macworld’s comparison of the SE 3 and the A53. Spoiler alert: it’s not bullish on the iPhone.