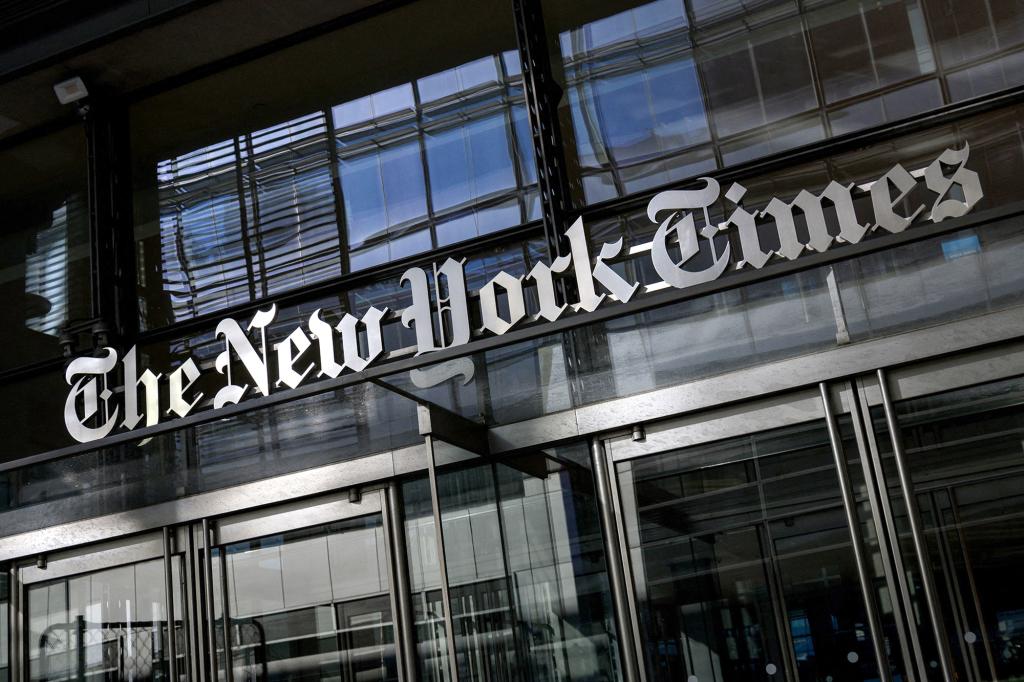 The long, drawn-out negotiations between New York Times reporters and management are at a boiling point nearly a year and a half after the last contract expired — and more than two years without a pay rise.

“People are very angry,” an insider said, echoing what other sources told The Post. “The company is basically offering the same type of pay raise as when it was losing money.”

On top of an 8% increase, the News Guild union is calling for a cost of living increase of 5.25% – and insisting that all workers who can work remotely retain this option indefinitely, and without a mandatory return to work. office before July 2023.

Management has reportedly yet to come up with a specific figure, with sources close to the negotiations saying the company wants to make wages the last issue in negotiations after tackling questions on holidays, sabbaticals, healthcare health and pensions. The union, meanwhile, is pushing for wage increases to be at the heart of bargaining sessions.

The Guild did not respond to calls for comment, but an email, seen by The Post, to its members last week said in part: ‘At the bargaining table…management again declined to discuss wages, one of the most important parts of our Contract. It’s been five months since we heard from The Times on salaries.

The last contract expired at the end of March 2021 and the members’ last salary increase was in March 2020.

When new editor Joe Kahn took office in June, nearly 900 reporters signed a petition hoping to get it to his desk.

The petition points out that in fiscal year 2021, the company had an EBITDA (earnings before interest, taxes, depreciation and amortization) of over $330 million, up 36% from the prior year.

The News Guild union also lambasted the NYT brass for handing out $16 million in bonuses to its top five executives, including publisher AG Sulzberger, the scion of the paper’s long-running family, who withdrew 2, An additional $9 million in bonuses, stock and other compensation on top of his annual salary of $612,000.

The union pointed out that the $16 million amount is almost equal to the $20 million in pay rises the Guild is seeking for about 1,300 journalists, photographers and publicists. (Wirecutter and the Tech Guild are not part of this bargaining unit.)

By prolonging contract talks, the company may have inadvertently lost some of its bargaining power: the union is now demanding bigger wage increases to offset runaway inflation in the United States.

It is also looking to double the mourning time from five to 10 days.

Kahn, who was announced as Dean Baquet’s successor as editor in April, posted a response.

“As I undertake my new responsibilities, I share your sense of urgency for the implementation of a new collective agreement,” he wrote to the negotiating employees. “You have all contributed to the success of The Times in recent years, and many of you have also made sacrifices to help the business when it has faced strong headwinds in the past. The new contract may and should reward you for making The Times what it is today.

But he made no promises: “I have to leave the details of the terms of the contract to the team at the negotiating table.”

While the two sides remain far apart on wage demands, there has been some progress on some minor points. The Guild said the NYT agreed to add Juneteenth, Veterans Day and Indigenous Peoples Day to its paid holiday schedule.

Things could get worse in the next trading session later this month. The Guild memo added: “If management does not offer a meaningful response at our next session on August 24, we will treat this as a refusal to bargain and will take appropriate action. This could mean, among other options, filing an unfair labor practice complaint with the National Labor Relations Board.

The next trading session should be a three-hour marathon. A NYT spokesperson had not responded to calls or texts at the time of publication.

The best hard case for your camera gear