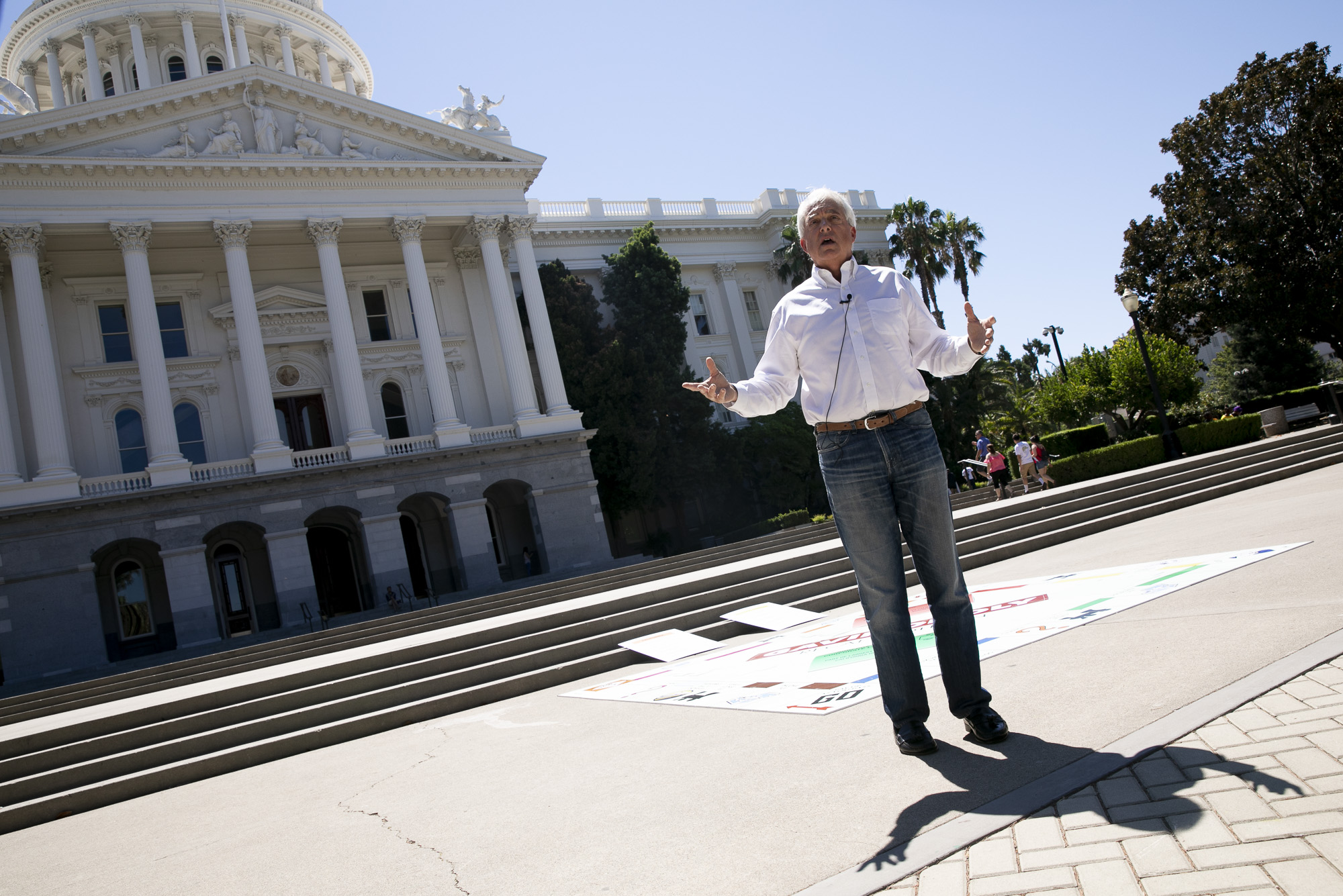 If you are among the likely 40% of voters who have yet to decide who would be best to replace Gov. Gavin Newsom if he is recalled in September, you are not alone.

The California Republican Party is also feeling torn these days.

There was a lot of uproar and controversy ahead of the CA GOP approval meeting this weekend, but alas, 90% of delegates chose not to support anyone at all.

It came after party leaders – the very ones who proposed an approval process in the first place – turned the tide in a last-minute letter to delegates.

It is a recognition that no candidate was likely to win the necessary support of 60% of the delegates. It also reflects the evolution of the situation in the race: once upon a time, San Diego Mayor Kevin Faulconer was considered the favorite of the party. But then came conservative pundit Larry Elder, the grassroots darling.

And what about John Cox, the party’s 2018 candidate? He wasn’t even in the race, putting him back in his comfort zone – on the outside looking inside, as I write today.

The state Democratic Party is also not selecting a replacement candidate, but there is nothing undecided about this. President Rusty Hicks with the party line: “Leave question 2 blank. “

Hicks ‘directive aims to sidestep some of the confusing advice we saw in the 2003 recall campaign – who remembers’ No to recall; Yes on Bustamante ”? But if the recall is successful, it’s a strategy that could leave center-left voters voiceless in the choice of the next governor.

Kevin Paffrath, the only Democrat on the replacement list with some degree of name recognition, is hoping those voters will consider him instead. It offers a Charitable donation of $ 1 million if Newsom agrees to debate it.

FOR YOUR INFORMATION: I received an email from a reader – a Democrat – who thought that if she voted for a replacement candidate, it would invalidate her “no” vote on the recall, itself. This is not the case ! All valid votes will be counted, regardless of your decision.

Podcast: Just over a month before the September 14 recall election, four Republican candidates took the stage for their first debate. Nigel and Nicole spoke to experts about the recall election and discussed the growing push to change the way these elections are conducted.

A message from our sponsor

Other stories you should know

1. Vaccines are just an extra credit

California public school teachers are begged, coaxed, tricked and guilty to get vaccinated before the start of the school year.

But so far, few elected officials are willing to force them outright to be vaccinated, writes Joe Hong, education reporter for CalMatters.

This is a significantly different approach than the state has taken with other frontline workers. Newsom recently announced that state employees will need to get vaccinated or undergo regular testing. The same will be the case for indoor medical workers – no opt-out options are allowed.

But for teachers, state lawmakers leave the decision to the locals. San Jose Unified has implemented its own requirement, but few other school districts have followed suit, wary of lawsuits and labor disputes.

So far, the California Teachers Association, which has 300,000 members, has not approved a mandate either. But some national union leaders are already there.

Children under 12 are not yet eligible for the vaccine. And while children are much less likely to develop severe symptoms of COVID-19, cases are on the increase. All of this has public health experts warning of a nightmare scenario.

In the related news: There are few mandates either in the retail or agriculture sector. This threatens to “widen the already uneven toll of the pandemic,” Politico reports.

Superlatives are starting to lose their meaning in describing the increasingly horrific California wildfire seasons, but we have a new one.

The Dixie Fire, which burned down more than 700 square miles in four counties in northern California, is now the second largest in state history. The first more significant was the August complex fire of last year.

Firefighters had some breathing room this weekend after a thick blanket of smoke blanketed the area, lowering temperatures and choking the wind. (Yes, the stagnant and dangerous air is the “good news” here).

But clearer skies and the heat are expected to return later this week. On Sunday, the fire was only 21% contained.

Deja vu: Friday, a federal judge ordered PG&E provide details on the role that utility equipment may have played in starting the fire.

Last week, the US Forest Service announced it would no longer let small fires go out on their own and end prescribed burning “until further notice.” Now, many wildfire experts are warning that this is exactly the wrong lesson to be learned from these conflagrations.

3. Back where we came from

If you’re reading this for breakfast, put down your bowl of granola.

Eco-conscious Californians may soon have a new “greener funeral option” in the afterlife, writes Marissa Garcia for CalMatters.

Composting of recently deceased people – or if you prefer the more delicate “natural organic reduction after death” – may soon be legal in California.

It wouldn’t be a first. The state would join Washington, Oregon and Colorado (apparently it’s a West Coast affair) in offering this greener way to legally dispose of the dead.

Here’s a morbid entry for your next quiz night: How much dirt does the average body actually produce? Keep reading to find out.

This law was passed, although it has yet to come into force, which a starving Shasta County commuter discovered the hard way.

We are committed to explaining how state government affects our lives. Your support helps us produce journalism that makes a difference. Thank you!

A message from our sponsor

CalMatters Columnist Dan Walters: Drought sets the stage for high-stakes political and legal conflict over the state’s most precious resource.

Builders’ fees are too high: Local governments need to be thoughtful before charging fees on building homes that can add tens of thousands of dollars to the price of a home, write Sacramento County Supervisor Patrick Kennedy and City Council Member of Elk Grove, Darren Suen.

Growing up with guaranteed income: Experiences in Stockton and Oakland show that one of the best ways to fight poverty is to simply give money to the people who need it most. Now is the time for a federal guaranteed income program, write Oakland Mayor Libby Schaaf and former Stockton Mayor Michael Tubbs.

Other things are worth your time

Why are there so few women in the building trades in California? // KPCC

Tips, ideas or comments? Send an email to [email protected]