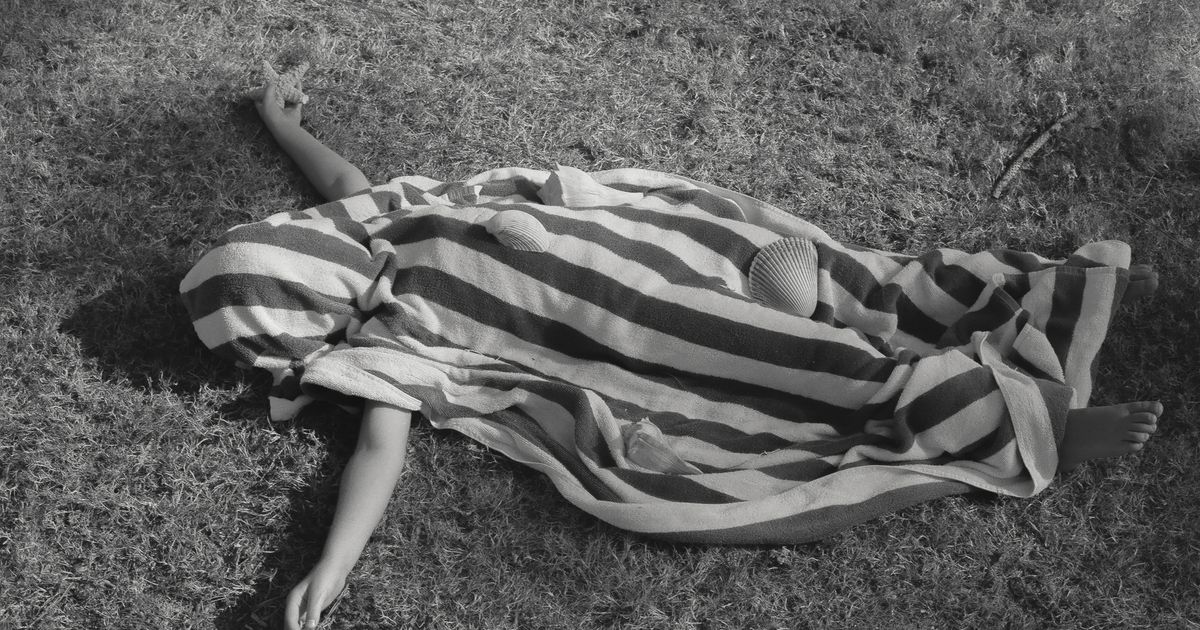 But his passion is fine art photography. â€œI wish I could make it a full-time activity,â€ he says. “But advertising stuff pays a lot more.”

This dual identity also defines Shaw’s point of origin in Cartersville. Her mother had humble roots there, having grown up on a farm. His father’s education was more â€œcountry clubâ€. Deciding where it fits in that equation is another act of push-pull.

Yet he plays down his pedigree when he says his father, Julius, now retired, “worked in the carpet.” In truth, Shaw’s grandfather and great-uncle founded Shaw Industries, the world’s largest carpet manufacturing company.

Unlike the photographic traditions of documenting the abject poor (Walker Evans, Mary Ellen Mark) or the ardent middle class (Bill Owens, Larry Sultan), Shaw’s photographs offer a fascinating keyhole in another world – a decidedly WASP world. , with blondes as far as the eye can see, manicured lawns and polo shirts neatly tucked away in ironed shorts.

The results can look eerily like a movie with its perfect light and attractive people, as in an image from Shaw’s “New Songs” series. In the photo, members of his family stand around a yellow convertible; his nephews hang out in the front seat. One of the little boys looks out from behind Bieber’s bangs with a knowing look somewhere between Ferris Bueller and Sally Mann. It’s not necessarily documentary work, just the visual reality from which Shaw weaves his storytelling.

There is also a touch of wise humor in many of the images, such as a color photograph of two blonde women at dinner, the older one admiring the small child in the other woman’s arms. But the way the older woman grabs a sharp steak knife in one hand as she strokes the baby’s head is more like the setup of human sacrifice than maternal worship.

Tatum Shaw’s family members have gotten used to posing for his photographs. Her niece is the subject of “Summer” (2020). Courtesy of Tatum Shaw

â€œSometimes something that I find funny seems scary,â€ Shaw explains of that pleasantly quirky look and the half-foreign, half-insider vibe that comes out of much of his work.

Shaw’s images are featured in “Plusgood!” an art book by Savannah-based publisher Aint-Bad. A feverish dream of summer sickness and plenty of WASP iconography inspired by Shaw’s childhood, “Plusgood!” takes its title from “1984” by George Orwell. It is the code of ultimate happiness within the dictates of authoritarianism, and it is as concise an expression of the freedoms and constraints of childhood as there is.

For Shaw, this combination of sentimentality and anxiety is rooted in his Nana home in Cartersville, a Valhalla defined by Kent cigarettes, Sunbeam bread, and a chlorinated pool. The colors of “Plusgood!” are saturated like a David Lynch movie, and the vibe is, well, off. The work deals with nostalgia for the sunny languor of summer, but also with memory as an incomplete and often imperfect pearl of the past.

Repeatedly, â€œPlusgood! Suggests the mistaken view of childhood itself, when the world seems decidedly strange and adult semiotics are muddled and open to misinterpretation. The general mood of the book is deeply silly with a melancholy side.

â€œMy childhood memories are the most trippy things I have ever experienced,â€ says Shaw. â€œThere are so many childhood memories that I have that should be great memories. But I’m like, ‘Why was I so afraid of this?’ Little things where you misinterpret the world around you because you just don’t understand it.

“Better!” is accompanied by a charming dedication “For Nana”. Shaw’s grandmother is one of the many female Sphinx-like figures who seem to consume her consciousness, at least in her art. Her work is defined by powerful blondes like the outrageously pregnant Portland friend posing completely on her deck, looking like ripe fruit in summer.

Shaw’s latest projects are a start. â€œOff Daysâ€ is about a world washed out of color during COVID-19. A more documentary series, it includes images of a beautiful brick house with a giant skeleton on the lawn and a trio of little girls sitting on a sidewalk wearing surgical masks. These melancholy black and white images capture the zeitgeist of 2020. â€œThe times were sort of black and white,â€ says Shaw. He “lent himself to this feeling in the air”.

Still in training, his “Positive Purpose” project is a blatant reference to the cryptic banner that said “Lives That Matter Are Made with Positive Purpose” displayed by OK CafÃ© during the Black Lives Matter protests last summer. â€œRead the play,â€ Shaw scoffs.

The work reflects the time Tatum spent in Atlanta during the 2020 presidential election and heightens anxiety over COVID-19. Like so much of Shaw’s life and work, it’s complicated. The reality for Shaw is happiness with a warning: all is well.

Ring doorbells and cameras are getting end-to-end encryption, and now I would consider buying one