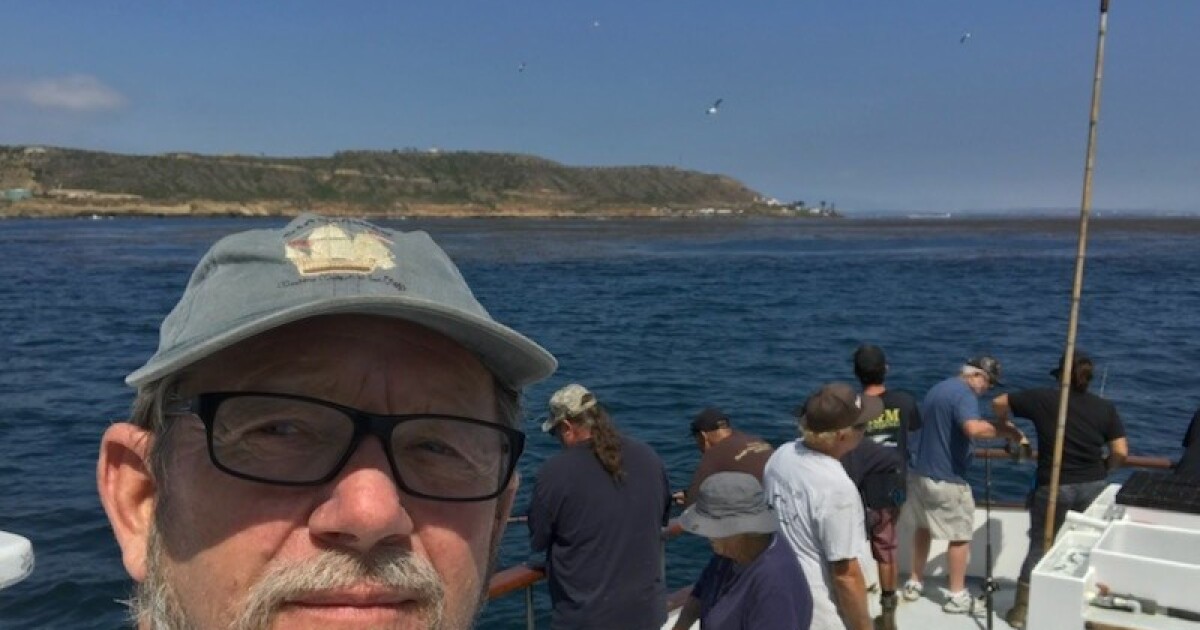 Gibbons is a former San Diego Union-Tribune photographer. He is retired and divides his time between San Diego and Bahía de Los Ángeles in Baja California.

Sneaking into the old Mercado Hidalgo in downtown Tijuana as a toddler on my dad’s shoulders in the early 1960s was always a treat on our trips from San Diego to buy groceries at the bustling and bustling market. My first memories of Tijuana go back to the top of this shoulder pole, passing through colorful piñatas and coming face to face with whole pigs’ heads hanging on hooks in the butcher’s stall waiting to be turned into a tasty pozole stew or eaten as a folk remedy for a hangover.

Tijuana and Baja California have always felt like home.

We provide this platform for community feedback for free. Thank you to all Union-Tribune subscribers whose support makes our journalism possible. If you’re not a subscriber, consider becoming one today.

Being a Spanish-speaking gringo in the late 1970s, I was kind of a novelty and that helped connect me with my colleagues in Tijuana in the newspapers there from my first full-time job at a newspaper as a photographer in North Shores, now defunct. Sentinel in San Diego.

As a photojournalist for the San Diego Union and the San Diego Evening Tribune, now The San Diego Union-Tribune, where I worked from 1979 until my retirement in the spring of 2020, I was fortunate to be able to share the visual feast that is the border region with our readers and later our viewers and listeners as technology has exploded and our storytelling tools have multiplied.

In 1994, I was assigned full-time to our office in Tijuana instead of only coming down when there were assignments. I made it my mission to find stories I could tell that illustrate things we share in common, but perhaps in different ways, as well as what makes us different. Some of the light stories we shared were about the Tijuana Municipal Band and its bus rides to remote settlements, mass weddings on Valentine’s Day, housing made from recycled garage doors, and workshops where the famous paintings of Elvis on velvet and plaster of Paris Tweety of the birds were created.

There was also more in-depth work like attending a Tijuana police academy from the day the candidates showed up on their first day of police training until they graduated and took to the streets to try to control the city without being corrupted by it.

Daily news also appeared. Chronic infrastructure failures in the region have allowed entire neighborhoods to roll down the hills in seasonal rains. Children have been poisoned with lead because an illegal smelter of old car batteries was operating near their homes. The politics of the roller coaster was also a source of daily work for us.

It was while working on these stories that I had the most interaction with our colleagues in Tijuana. The friendships forged over the years were the most important thing that allowed us to function there. We shared information about what was happening where and when. We traveled together to remote or dangerous parts of town for safety and camaraderie. I got a lot more help from them than I was able to give, but it didn’t matter. Tijuana journalists form a tight-knit community.

There were times when we were warned. Once, during a security assessment of our office in Tijuana, a listening device was found installed on one of the phones, the phone that Greg Gross had used while working on stories that included drug trafficking, government corruption and other issues we have covered. . After that the company installed an extensive alarm and monitoring system and myself, Sandra Dibble and Anna Cearley were trained in situational awareness and evasive driving techniques through a program taught by the San Bernardino County Sheriff’s Department. The remote start system installed in my company car for safety reasons was ideal in cold weather to start the car and warm it up before getting in.

As a foreign press, we were there to work on our articles, but it was always the Mexican journalists who did the heavy lifting. They were the ones who lived there and fearlessly reported the kind of stories that could cause trouble for them, or worse, their lives. Mexico is now the deadliest country in the world for journalists outside active war zones. It’s not an abstract idea for those of us who have worked on it. Three of my Mexican journalist friends were killed in Tijuana in the years I worked there and not all of them died there for what they do, just the ones I knew closely. The fearlessness of these women and men, now exposed after two of their own were killed earlier this year, is humbling.