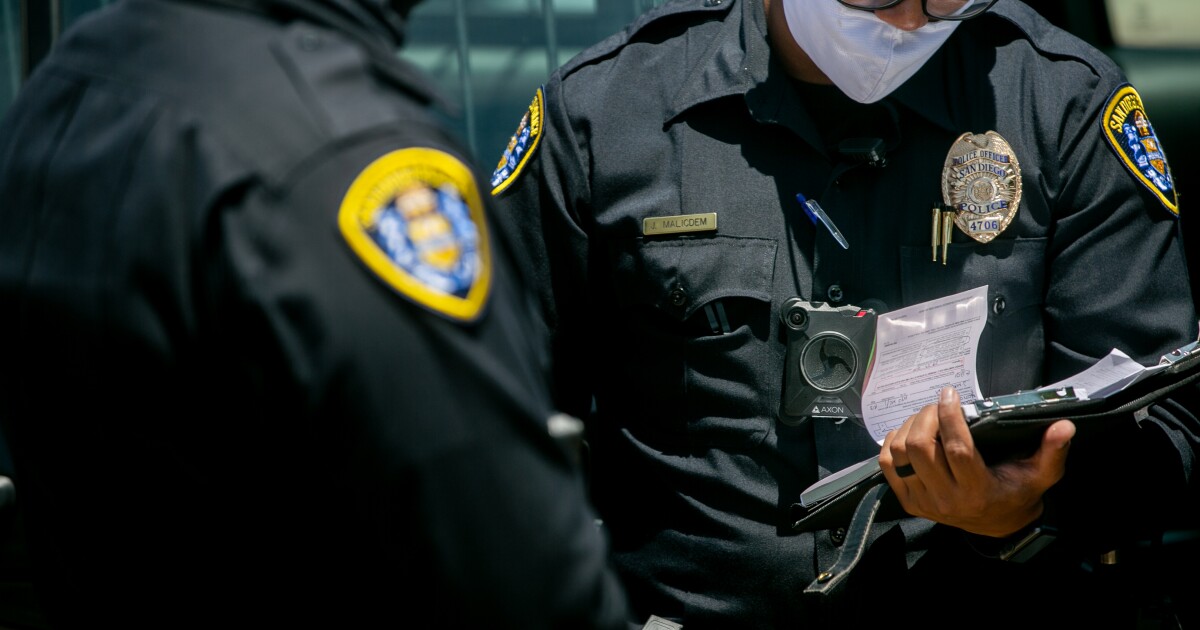 As the San Diego Police Department and Chief David Nisleit grapple with scan after scan showing racial disparities and bias in stops, searches and use of force, especially among black people, officers face further criticism on another issue critical to building and maintaining trust in law enforcement among community members.

The city’s Police Oversight Board sent a note to Nisleit last week, expressing concerns about a “steady increase” in the number of officers not activating body-worn cameras the department uses. since 2015. The SDPD will meet with the city’s Police Practices Commission next week to discuss the issue.

The memo from commission chairman Brandon Hilpert noted that “several officers, in all divisions” have not turned on body cameras, representing a steady increase in “cases where officers do not respect the spirit and the ‘intent’ of the SDPD policy. Hilpert did not specify the timeframe or the number of cases considered by the commission. He said officers may have been forgetful, neglectful or concerned. But none of these is an acceptable excuse in 2021. Nowadays, there is no excuse.

The only consistent things about these cameras should be SDPD training and actual use.

The SDPD deployed body cameras for some officers in 2015 and expanded their use the following year when nearly half of the 15,328 law enforcement agencies in the United States acquired them. Among departments with 500 or more officers, about 80 percent had them.

Over the years, some officials in the United States have complained about the cost and logistics of the cameras used to record contact with the public, but for five years now they have been common, accepted and despite conflicting studies on their effectiveness. , they have been shown to reduce the use of force by the police.

In San Diego, policy generally requires officers to keep cameras on and record prior to contacts such as traffic stops and interviews with possible crime suspects. If this does not happen, a cultural change and new steps are needed. Reminders should be given at the start of shifts, training should be given more regularly, and checks to ensure that contact videos have been properly recorded should be done more.

Next week’s meeting between the SDPD and these Commissioners should be short and productive. SDPD can simply say â€œMessage receivedâ€ and promise to follow up later with â€œMission accomplishedâ€.