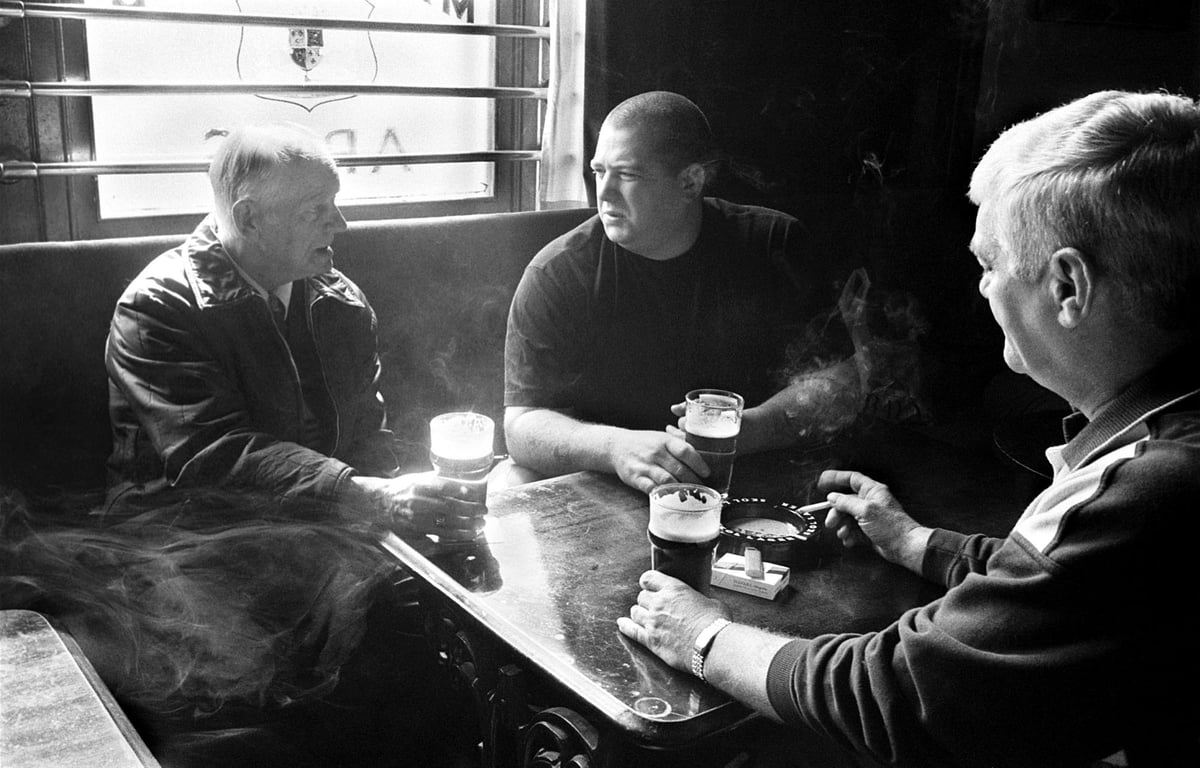 Jeremy Sutton-Hibbert donated his work to the University of St Andrews, the acquisition doubling his photographic archive which dates back to the first half of the 19th century.

Everyday moments of ordinary people and their surroundings feature regularly in his collection, as do the realities of industry – from North Sea fishing to coal mining – as he searches for the stories of our times.

Register to our daily newsletter

Mr Sutton-Hibbert said: “It’s a huge privilege for my work to enter the collection, but I don’t really consider it to be about me. Over the past 32 years, so many people have let me into their lives, whether in their living room or on their fishing boat. So many people let me in and many times didn’t really ask why.

“This collection of work is their story and I hope the photos I take, if people see merit in them, will contribute in some way to Scotland’s history.”

Series of photographs taken in the aftermath of national tragedies, such as Dunblane and Lockerbie, are also part of the collection.

Mr. Sutton-Hibbert began taking pictures at the age of nine, with his pet cat and family vacations among his earliest subjects. He then went to Glasgow College of Building and Printing with his growing abilities with a camera helping to fuel his need to travel and explore.

While Scotland remains a constant lode in his work, he has spent more than three decades “traveling the world twice”, with overseas assignments including after 9/11 in New York, the nuclear disaster in Fukushima in Japan and whaling in the Southern Ocean.

Longannet Colliery, three generations of miners. George Lang (centre), grandfather Jock Land (left) and father Bert Lang (right) were miners all their lives. They are pictured having a beer at the Mansfield Arms, Sauchie, Scotland, April 2001. © Jeremy Sutton-Hibbert/ Courtesy of the University of St Andrews.

Mr Sutton-Hibbert added: “I’m extremely lucky that my little camera takes me all over the world, whether it’s a coal mine or Papua New Guinea. But with that comes the responsibility to share those images.

He began organizing the last three decades of his work during lockdown with archival guidance from Rachel Nordstrom, head of photographic collections at the university’s libraries and museums, which led to the acquisition.

The photographer said: “You don’t take these pictures to hide in a back room. You take them so they can hopefully benefit society.

Mr Sutton-Hibbert said a photographer “first and foremost” should be a people person who operated with honesty and curiosity.

Eastern European ‘klondyker’ fishing factory ships at anchor off the Shetland Islands, where they had come to buy herring and mackerel. 1994. PIC: Jeremy Sutton-Hibbert

He said he felt he had caught “the end of the golden age of photojournalism” with Sunday magazine spreads and figures such as Don McCullin helping to propel the work.

Mr Sutton-Hibbert, a founding member of the Document Scotland photography collective, added: “Nowadays, people everywhere are taking pictures on smartphones and publications and websites are using this public content.

“But the danger is that this photo will not be archived. Will this image be maintained in 50 years? How will it be accessible? How will you find it, where will it be?

“There is a great need for photographers to work in a documentary way. This is why archives like St Andrews are so important to the nation.”