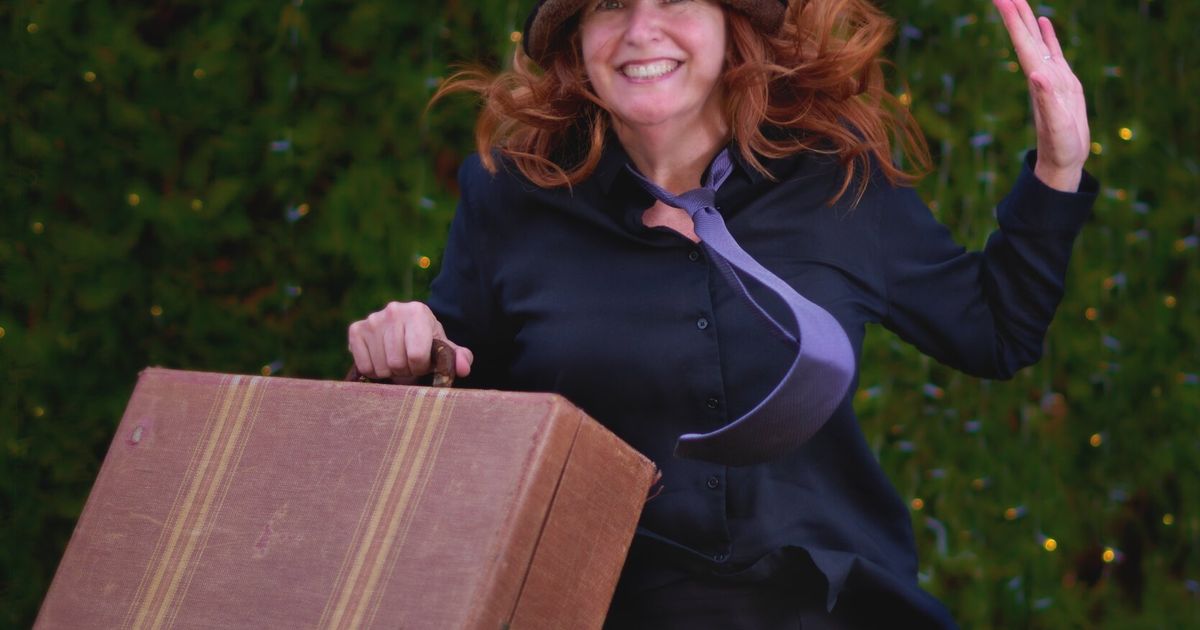 Each page tells a story.

The black and white photos of an aging jazz musician living on the streets of San Francisco, his weathered face and wrinkled hands speak volumes.

A delightful series of oil paintings of young girls entitled “Princesses and Promises”.

Glamorous photos of a busty blonde dressed in leather.

A portrait of a woman’s hands dripping with blood holding what looks like a human heart.

Beauty is in the eye of the beholder, and Hara Allison has often found it in the most unlikely places. She presents what she found in a new magazine, Beneath Your Beautiful. Launching tomorrow, the magazine is free online and also available for print purchase.

His journey as a photographer has been winding, but it’s been a lifelong passion.

“In high school, I had my own darkroom,” Allison recalls.

She has won numerous photography awards, including the first in the state of the Florida Scholastic Press Association Student Life Display Photography Contest.

Being the editor of her school newspaper and working on the yearbook staff drew her to journalism.

“But my college journalism professor hated my writing and called me out, so I changed my major to advertising,” she said.

A survivor of childhood sexual abuse and raised by a single mother who died when Allison was 18, Allison forged her path in graphic design, leaving photography behind.

“I didn’t think I was smart enough to learn lighting,” she says.

She founded Studio H, moved to Post Falls, Idaho, and enjoys a thriving career, but three years ago her passion for photography was rekindled at a conference in Toronto.

“The conference was about dreamers,” she said. “I realized that I was a dreamer and I wanted to show others, as I had learned, that beauty was everywhere and in everyone.”

The following weekend, she attended the Forever Fierce: Midlife Matters conference in Los Angeles where she met a woman who talked all weekend about how much she disliked the way she looked.

“At the end of the weekend, I asked her if I could take her picture to show her what I saw, how beautiful she looked,” Allison recalled.

This photo gave birth to a series she called “Yes, yes the magic”.

“Yes, yes the magic is a tattoo I have on my wrist and a line of ‘A Streetcar Named Desire’; I don’t want realism. I want magic! Yes, yes, magic!

Next, she took a series of photos titled “See Me.”

Her daughter came up with the idea of ​​finding words that described who she was rather than what she looked like or what others thought she was.

Allison painted the words on her back and took the pictures. In the end, the series included 29 women.

“They chose their words carefully and we had intimate conversations about why they chose them,” she recalls. “I realized that people very easily shared their personal stories with me, and those discussions inspired my podcast ‘See Beneath Your Beautiful’.”

She chose the title of the podcast from a song by Labrinth. Her guests share stories of grief and hope that inspired her to create the magazine.

“Beneath Your Beautiful is in the same vein as the podcast: I show beauty through what we go through. It is our obstacles and our imperfections that are the most beautiful.

Allison said the magazine’s content will run the gamut, from heartwarming to heartbreaking.

“It’s not a fashion magazine full of pretty pictures,” she said. “These are images that you can look at over and over again – they tell a story or evoke an emotion.”

The first issue features 30 contributors with their biography included.

“I really want to promote other artists.”

In addition to artwork and photos, selections include a play about the Hungarian Revolution told in words and art by Ildiko Kalpacs, an essay by Kristi Leavitt, and poems by Travis Lawrence Naught, a quadriplegic writer.

Beneath Your Beautiful will be published monthly. Allison hopes to find like-minded advertisers and sponsors to expand the magazine’s reach.

The November issue includes art by Kathleen Cavender and a story about Rick Clark, founder of Giving Backpacks.

His mission with the magazine and the podcast is simple.

“Witnessing the hard things in life makes me appreciate the beautiful things,” she said. “Life is beautiful. There is hope. As a young woman, I didn’t know that.

For more information about the magazine, visit underyourbeautifulmag.com.

Master the night and share it with the world with new night portrait photography with vivo’s latest flagship device, the vivo V25 series – Manila Bulletin