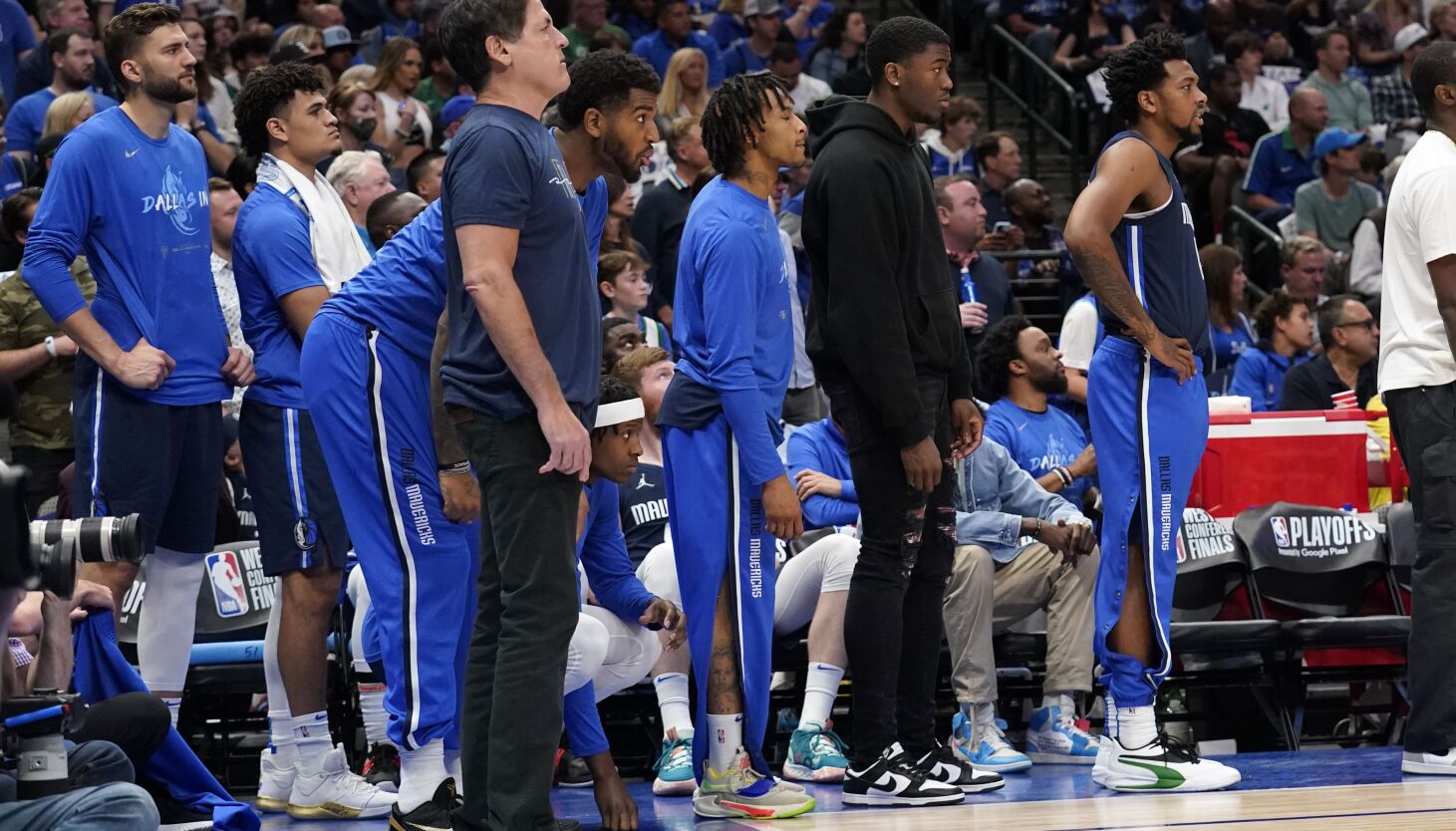 The Dallas Mavericks were fined $100,000 on Sunday for violating team bench rules in a playoff game. When the league fines a player or team, a press release regarding the fine is sent to NBA reporters. But this was the third league office email I’ve received in the last three weeks referencing the Mavericks.

“The Dallas Mavericks organization has been fined $100,000 for continuing to violate league rules regarding team bench decorum,” the statement said. “On several occasions, several players and a member of the coaching staff stood for an extended period of time in the area of ​​the Mavericks team bench, stood off the team bench, and were on the field of play or encroached upon it during the game.”

I was a bit surprised that the league enforced a rule regarding bench decorum because it’s something that happens throughout the regular season, every year, without penalty.

On December 8, 2021, I actually brought this up in a postgame interview with Utah Jazz players when I noticed the Minnesota Timberwolves were just standing against the border of the field and sometimes on it for a match. It’s not unique to the Mavericks.

So how do you prevent this sort of thing from happening? That is supposed to be what fines are for. But that doesn’t seem like a deterrent.

According to an NBA spokesperson, when asked who pays the Mavericks’ fines, “in this case, the money comes from the organization, not the players.” So the players aren’t affected and their behavior doesn’t change and there doesn’t seem to have been an edict from billionaire owner Mark Cuban telling his players to stay off the field when not in the match.

Even though the money came from the players, fines don’t bother NBA players. In a 2021 article by Joe Vardon of The Atheltic, which detailed how the NBA fine is used, Draymond Green made it clear that fines weren’t going to stop him from breaking the rules.

“I’ve been fined so many times, it doesn’t bother me at all at this point,” said Green, whose fines over the past two seasons were equal to about eight-tenths of one percent of his annual salary. average of $25 million.

“Every tech he draws is subject to a $2,000 fine,” Vardon wrote. “Taking into account his other infractions, verbal attacks on umpires and even a tampering charge, Green has been fined $200,000 in the previous two years by the league’s front office.

Vardon went on to detail where the money goes from NBA teams, players and owners. In short, it is split between the NBA and the NBPA and then donated to various charities. It’s certainly a good use of the money the league receives from technical fouls, suspensions, flagrant fouls and other violations. But the Mavericks’ recent fines have made me think more about the area around the field.

Players on the bench must not be able to breathe on the neck of any player in the game. This kind of closeness is simply not necessary. In this sense, we should protect players and spectators from injury around the pitch. Fans, baseline photographers, scorekeepers and inactive players are all so close to the pitch that they are at risk of being landed, kicked in the face or injured by being in space landing players.

And of course, we can’t forget the barf game in Sacramento this season, when a fan blocked a game after throwing up on the field. Drinks are spilled, fans throw objects on the court and basketball players become impromptu competitive hurdles as they attempt to navigate courtside seats.

When fans weren’t allowed in NBA arenas at the start of the pandemic, and then when they started allowing limited fans in arenas, there were stricter policies around proximity to the field that prevented some of these things to happen, so we know it’s possible.

And it would be very easy for the NBA to restrict bench players to a certain area near the bench. The problem is money.

NBA teams won’t push fans back to courtside because they don’t want to give up revenue from those high-priced seats. Eliminating front row seats to give players a dedicated bench section would also reduce revenue, so that won’t happen either.

Should fans be able to spill their drinks and vomit on the pitch? No. Should players be at risk of injury due to the proximity of fans to the pitch? No. Should inactive players be able to stand on the pitch or be so close that they can see every pore of a player’s face in-game? No. Can the NBA and NBA owners make the necessary changes to prevent these things? Yes. Are they going? No.

Sarah Todd is the Utah Jazz Rhythms Editor for the Deseret News.