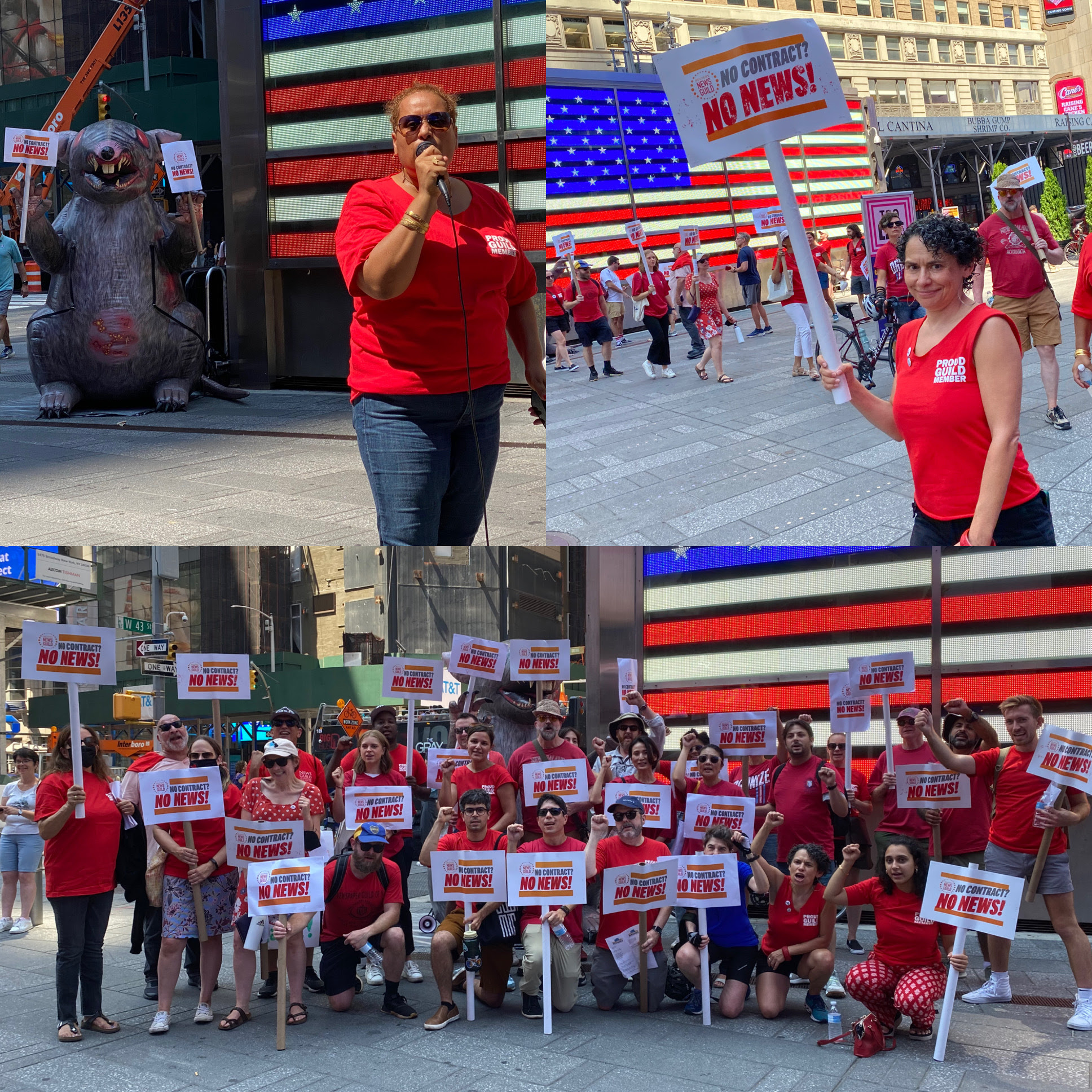 Nearly 300 journalists from Reuters, the global news agency, walked off the job for 24 hours yesterday to protest the slow pace of management contract renewal negotiations, the first major industrial action by the company’s journalists in more than 30 year. Reuters journalists, photographers, videographers, editors, producers and technicians are represented by The NewsGuild of New York. Here in New York, reporters picketed Reuters News’ US headquarters in Times Square.

Journalists came out to protest the management’s offer of a guaranteed annual pay rise of just 1%, which would effectively mean a pay cut given the soaring cost of living. The company’s profits are at record highs: Since the end of 2017, the company’s cash from operating activities has totaled around $6.3 billion and its dividend has increased by almost 29%. Yet management’s latest offer, in addition to the guaranteed 1% pay rise, also includes zero retroactive pay for the nearly two and a half years since its last general pay raise in March 2020. miserly pay is particularly hard to swallow for journalists who have found themselves in the crosshairs like never before in recent years, whether reporting on the front lines of the COVID-19 crisis, war in Ukraine or extreme weather events.

Meanwhile, the company’s majority owner and billionaire chairman, David Thomson, 3rd Baron Thomson of Fleet, is one of the wealthiest people in the world and an avid art collector. His family’s wealth has grown by more than $17 billion since journalists last received a general pay raise in March 2020. For more, click here and follow the NewsGuild of NY and Reuters Guild on Twitter.