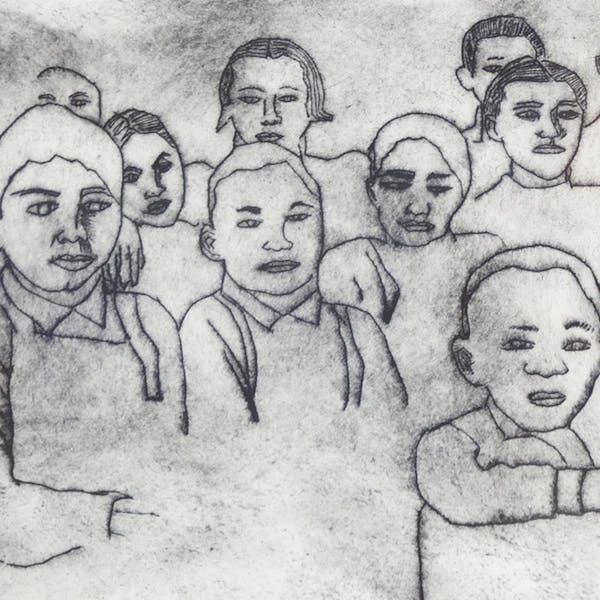 Brutal colonialist practices and white supremacy have suppressed the culture and relationships of black and indigenous communities for centuries, leaving many members of younger generations disconnected from their native languagelineage and double identity.

To strengthen kinship and recognize Black and Indigenous identities, the National Museum of the American Indian (NMAI)”The ancestors know who we areThe exhibit affirms how Western norms of isolating identities cannot diminish or silence the unified and candid bond of the Black-Indigenous community.

Anya Montielcurator of the exhibition, brought together the works of six black indigenous women artists who reflect various aspects of intersectionality, the harms of oppression and patriarchal norms and the solidarity between black and indigenous communities in their struggle for liberation collective.

The exhibition presents works of art from a variety of mediums and includes essays by Indigenous Black scholars and activists reflecting on topics such as art in relation to gender and Black and Indigenous identity and futurity – the need to recover stolen land and prevent the alienation of one’s culture to secure a future for black and indigenous communities.

“In the United States, we often talk about black and indigenous peoples as distinct and peripheral groups to white people,” said Fariza Nzinga, research professor-in-residence at Berea College’s Bell Hooks Institute. “This narrow framing ignores shared histories, erases blended families, keeps parents isolated and alienated from each other, and falls into the trap of centering the white experience.”

In the “Troy” photograph, a man is depicted sleeping quietly on a bed with his arms crossed over his eyes, displaying peaceful vulnerability. After targeting police violence and high standards of masculinity, letting our guard down can be dangerous and life-threatening for black men.

Kyle T. Maysan Afro-Indigenous writer and scholar, reflects on this photograph and relates it to his personal experience: “Looking at the photograph of ‘Troy’, it reminds me of being told when I was a young boy that ‘sleep is the cousin of death’… We rarely tell black men to rest and relax, proactively take care of their bodies and minds.’Troy’ reminds us that the act to take care of oneself is, in truth, a masculine act and necessary to the path of resistance.

Pernambuco’s photos resist the patriarchal norms created by white supremacy and seek to document the history of black-indigenous peoples, since their history has been destroyed by colonizers. Pernambuco said in a interview with the NMAI how she doesn’t know who her African ancestors are and therefore affirms the existence of Black-Indigenous people through her art.

The artwork by Pernambuco and others shows the importance and necessity of unity between communities to fight for social justice and liberation from white supremacy. “Ancestors Know Who We Are” shows how, despite history being erased and stolen from Black-Indigenous people, the creators used art to dismantle Western racial definitions and hierarchies while celebrating their multiple identities.

The digital exhibition is visible here.

More from The Eagle