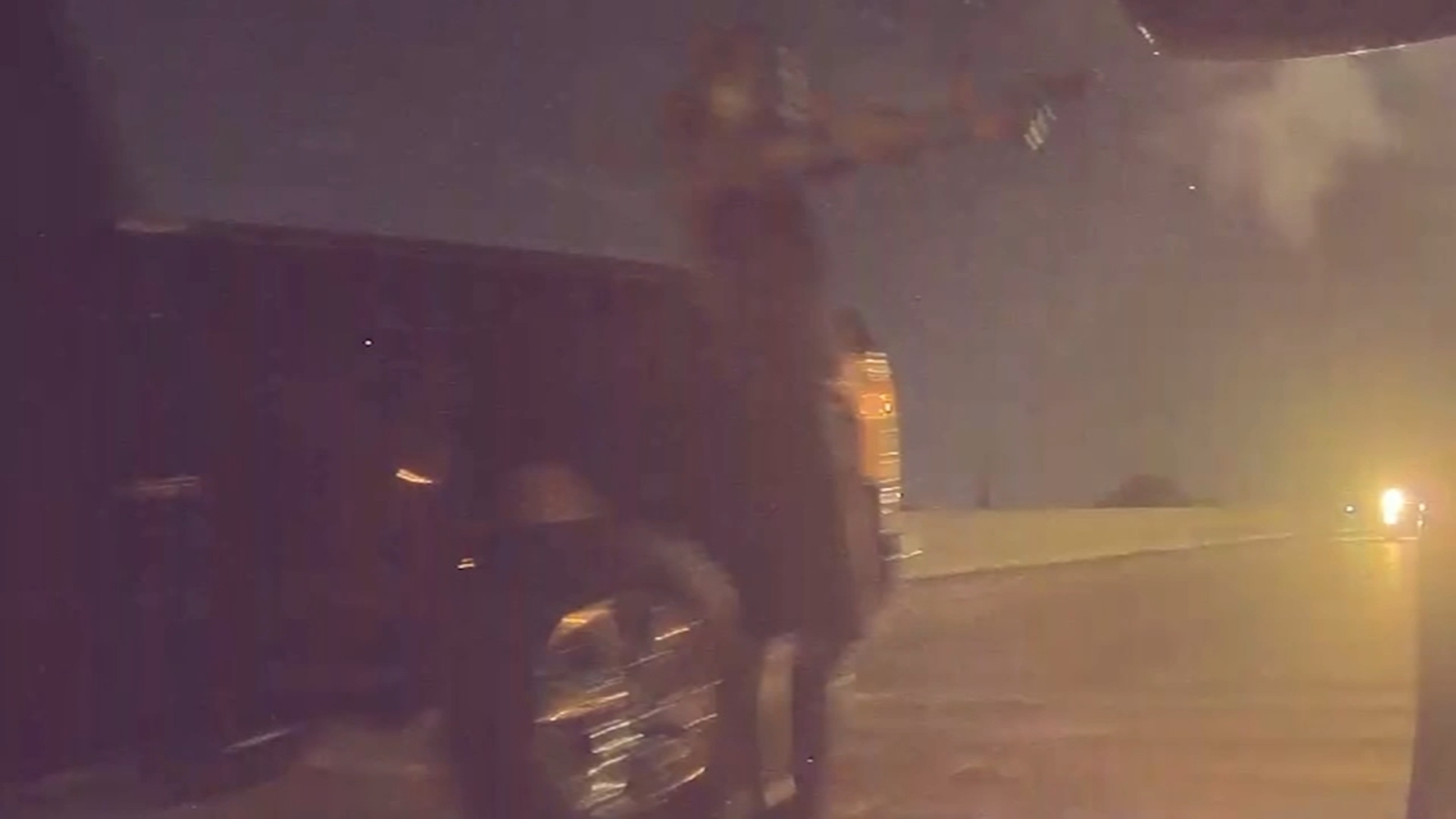 The incident happened around 8:30 p.m. Sunday, when Chris Harclerode was returning from the airport. Harclerode was driving west along Westpark Toll Road when he said a dark-colored truck began to drive aggressively behind him.

“He tried to tailgate, hit me, tried to split the car on the right,” recalled Harclerode, who shared the videos from his Tesla’s dash cams. “He pulled up next to me; he had his window open, the gun pointed at my car. At that point, I accelerated and tried to stop him from getting to the side or in front of me so he can’t open fire.”

The video shows Harclerode existing at Eldridge Parkway, and the man shooting past him. The man gets out of the car, points a gun at Harclerode’s car and fires several times. Miraculously, he was not injured.

“The window tint basically (stopped) one of the bullets. It hit the rear passenger window, the only thing that stopped the bullet from my head was the window tint,” Harclerode said.

Investigators used license plate numbers captured on cameras to track down 32-year-old James Young, who is now charged with aggravated assault with a deadly weapon, a second-degree felony.

Initially, Harclerode thought Young should be charged with a first-degree felony. But that was not the case.

“If you point a gun and shoot someone, that’s a serious assault, isn’t it? If there was no shot, that’s second degree” , explained Stephen Aslett, a former prosecutor turned defense lawyer.

Aslett explains that generally, unless the victim is a police officer, security guard, witness in a case, or family member of the suspect, being shot is a second-degree felony, according to law. of State.

“If he got hit and suffered serious bodily harm, and most of the time if you get hit you’re going to suffer, then that’s a first-degree felony,” Aslett said.

As for Harclerode, himself a gun owner, he said he was frustrated by the number of gunshots on the road.

“Everyone has the right to own a gun and defend their family, at all costs. But something like this, on a simple incident of road rage, shouldn’t cause someone to jump up and open fire on an unarmed civilian,” he said.