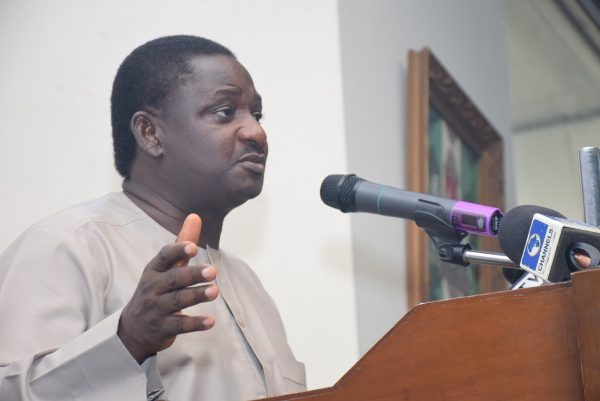 Ibrahim Shekarau, senator representing Kano central, and Femi Adesina, special advisor to President Muhammadu Buhari for media and publicity, will be among the dignitaries present at the fourth edition of the Campus Journalism Awards (CJA).

The event, scheduled for December 11 in Abuja, will celebrate young Nigerian journalists for their exceptional impact on society.

Shekarau confirmed his presence in a statement by Sule Yau Sule, his media assistant, calling the invitation an “honor”.

Speaking on the award, Gidado Yushau Shuaib, Editor-in-Chief of Youths Digest, said he was delighted that the annual awards ceremony fostered “the spirit of competition” among aspiring journalists who strive to compete. become better versions of themselves.

â€œOur coveted CJA is the only platform and avenue that has ever celebrated these brilliant guys,â€ he said.

â€œAs campus journalists, they have, through their explosive investigative stories and other genres of writing, reshaped the face of the Nigerian media.

“Therefore, it is only fitting that we deploy the drums to honor these exceptional writing and journalism wonders every year.”

Shuaib also revealed that the â€œEdirin Jerry-Wesley Award for Best Broadcasting Studentâ€ will also be presented to immortalize the late Managing Director of the Nigerian Customs Broadcasting Network (NCBN).

CJA 2021 initially received over 300 applications from campus journalists across the country.

The CJA event is organized with the support of CISLAC / Transparency International Nigeria.

Galaxy Z Fold 3 cameras have found an ally in DxOMark