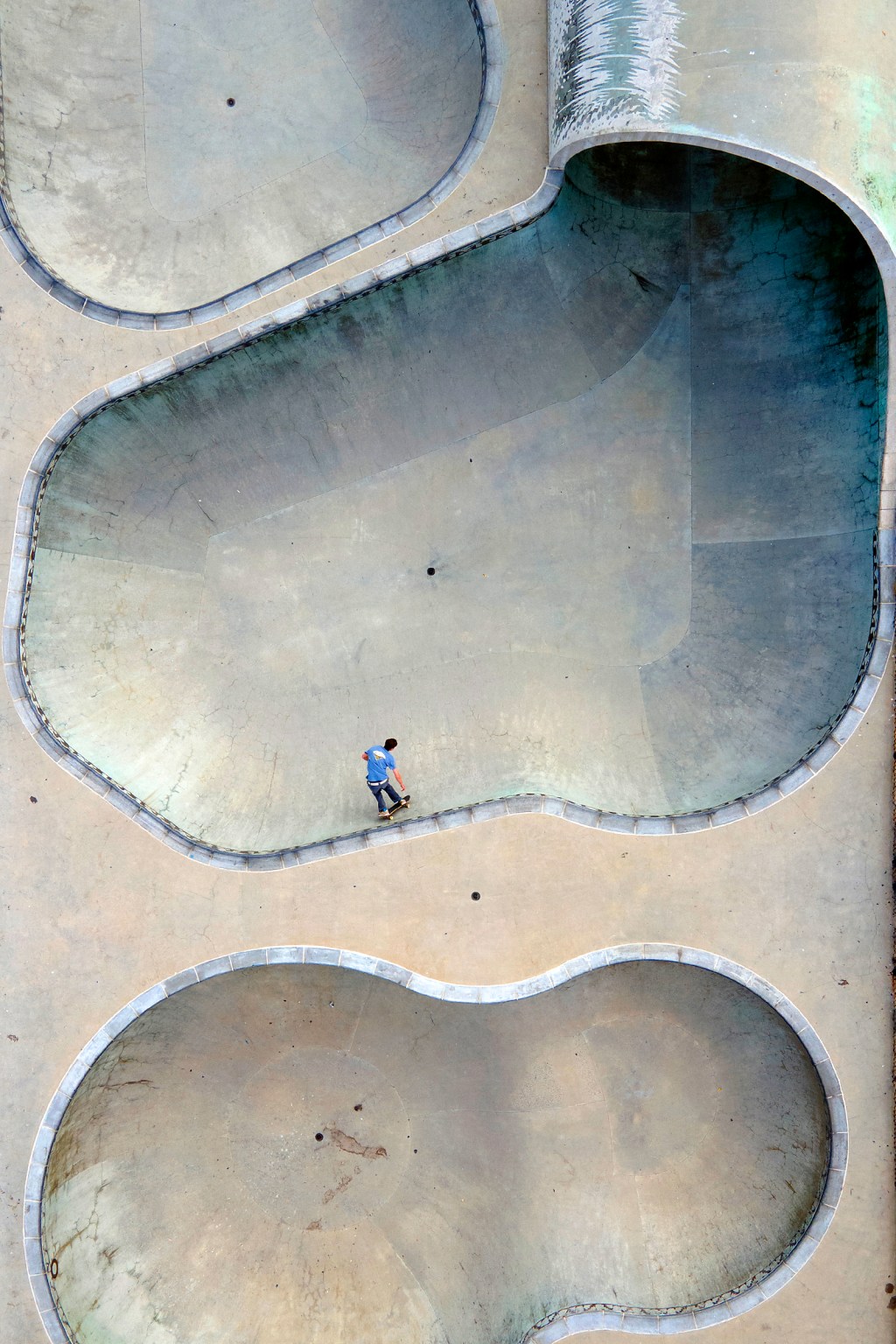 Jack Pearson carves in the big bowl at Ken Worhoudt Skate Park (formerly Mike Fox Skate Park) on San Lorenzo Boulevard in Santa Cruz. The park, which opened in 2007, features a full pipe, two bowls, a street course with steps, hubba ledges and metal rails, was designed by Santa Cruz local Zach Wormhoudt, who has took over the business when his father Ken passed away in 1997. The park was designed by Charlie Prograce, built by entrepreneur AJ Vasconi, and artwork by Israel Forbes and graphic design by Judy Oyama. Before his passing, Ken Wormhoudt was the world’s first skate park architect and continues to be recognized as the pioneer of skate park planning. His approach, which his son Zach follows to this day, was to involve local skaters in the design of their own park, with the architect providing a realistic sense of options and helping skaters select and organize features that meet their needs. needs. Ken would provide the skaters with play dough and have them work together to design their own ideal park. Ken Wormhoudt designed and supervised the construction of what is widely considered to be one of the world’s first public skateparks at Derby Park in Santa Cruz. He then designed and built over 80 municipal skateparks and provided advice on the planning and design of skatepark facilities to over 460 skateparks in municipalities around the world. (Shmuel Thaler / Santa Cruz Sentinel)