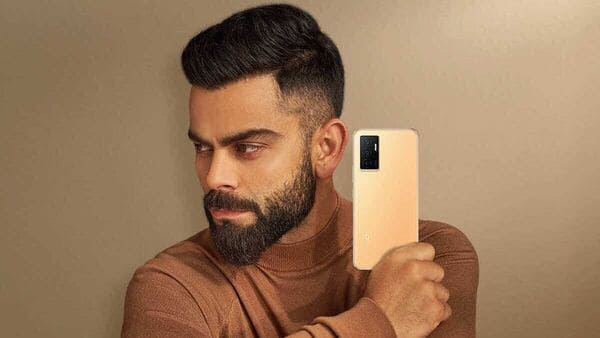 Smartphones and tablets launching next week in India

Along with the name, Vivo will launch a new smartphone under the existing V23 series. It is called Vivo V23e. It will launch on February 21.

Similarly, its sister brands Oppo will introduce a new Find X series under the name Oppo Find X5 series on February 24, while Realme will add a new smartphone under the Narzo series called Realme Narzo 50 on the same day.

Meanwhile, Samsung will launch its high-end tablets under the Tab S8 series on February 21 in India.

Here are all the expected features, prices on these smartphones and tablets:

After launching the Galaxy S22 series of smartphones, Samsung is now gearing up for the launch of the Galaxy Tab S8 series. The new Samsung Galaxy Tab S8 series includes three new tablets, Tab S8, Tab S8+ and Tab S8 Ultra. The new tablets will also see the low-latency S-Pen for productivity. These were launched at the Unpacked event on February 9 in select markets along with the S22 series.

The Tab S8 Ultra sports a dual front camera of 12MP resolution with a 4nm chipset. It has an 11,200 mAh battery. It also has two rear cameras. The S-Pen attaches magnetically to the back panel of it and can also be charged from there.

Similarly, the Galaxy Tab S8+ will come with a 10,090mAh battery and the Tab S8 will see an 8,000mAh battery. The three tablets may not have a charger inside the box, but need to purchase it separately.

The Tab S8+ gets a single 12MP camera on the front and two lenses on the back. It also uses a 4nm SoC. The Tab S8 also benefits from the same camera and chipset features.

Oppo will launch the new high-end Find X series flagship smartphone. Known as the Oppo Find X5 Pro and Find X5, these two new smartphones are expected to feature the Snapdragon 8 Gen 1 chipset. For the first time, the Hasselblad brand arrives on Oppo smartphones with the Find X5 series. Hasselblad is already in partnership with its sister brand OnePlus.

The teaser hints that the Oppo Find X5 series will target night photography and also rectify overexposure in shots.

The OnePlus Find X5 series also prominently features the MariSilicon brand. This is the company-developed neural processing unit, also known as NPU, which was announced during Oppo Inno Day 2021 in December last year. It is supposed to improve 4K night videos.

The Oppo Find X5 series is presented in two colors; White and Black. The back design is smooth and glossy. The rear panel also shows off triple camera lenses as well as the LED flash.

Other expected features, the Oppo Find X5 series would see a 6.7-inch AMOLED display with a 120Hz refresh rate. It is likely to get a 5,000mAh battery and an 80W charger. For photography , Find X5 series can come with Sony IMX766 sensor.

Vivo V23e images indicate that the smartphone has a dewdrop-shaped screen and a slim design. It has a triple camera setup on the back. A main camera, ultra-wide lens, and macro sensor are shown in the image cutout. The Sunshine Gold color variant is presented in the hands of its brand ambassador, Virat Kohli.

Vivo might pack the V23e with a MediaTek chipset paired with 6GB of RAM. It’s most likely to run on Android 11 with Vivo’s FunTouch OS.

Its predecessor, Vivo V23 runs Android 12 based on FunTouch OS 12 with a 4200mAh battery. It was powered by MediaTek Dimensity 920 SoC. For photography, the V23 has a 64 MP main lens, an 8 MP ultra-wide sensor and a 2 MP macro lens. It also has dual 50MP + 98MP resolution selfie cameras.

Vivo V23e would probably have a more powerful battery, maybe around 5,000 mAh. Lens specs are also likely to get a facelift in V23e.

Realme has announced a new smartphone that will be launched in India under its Narzo series. This new smartphone will be known as Realme Narzo 50 and will be launched on February 24 in India. “Realme ushers young people into an era of innovation and is set to expand the narzo family with a powerful new entrant – realme narzo 50, a smartphone equipped with the best processor and display in the segment,” Realme said.

Details available on the Narzo 50 indicate that the smartphone will feature a triple camera installed at the rear. The poster hints that the company has improved night photography in the Narzo 50.

The Chinese smartphone maker added, “The Realme Narzo 50 will deliver the thrill of powerful performance, equipped with MediaTek Helio G96 gaming processor, brilliant display, fast charging capabilities and long-lasting battery life, nothing but the best in the segment”.

The smartphone also features a punch-hole display and can come with the standard 90Hz AMOLED display.

* Thank you for subscribing to our newsletter.