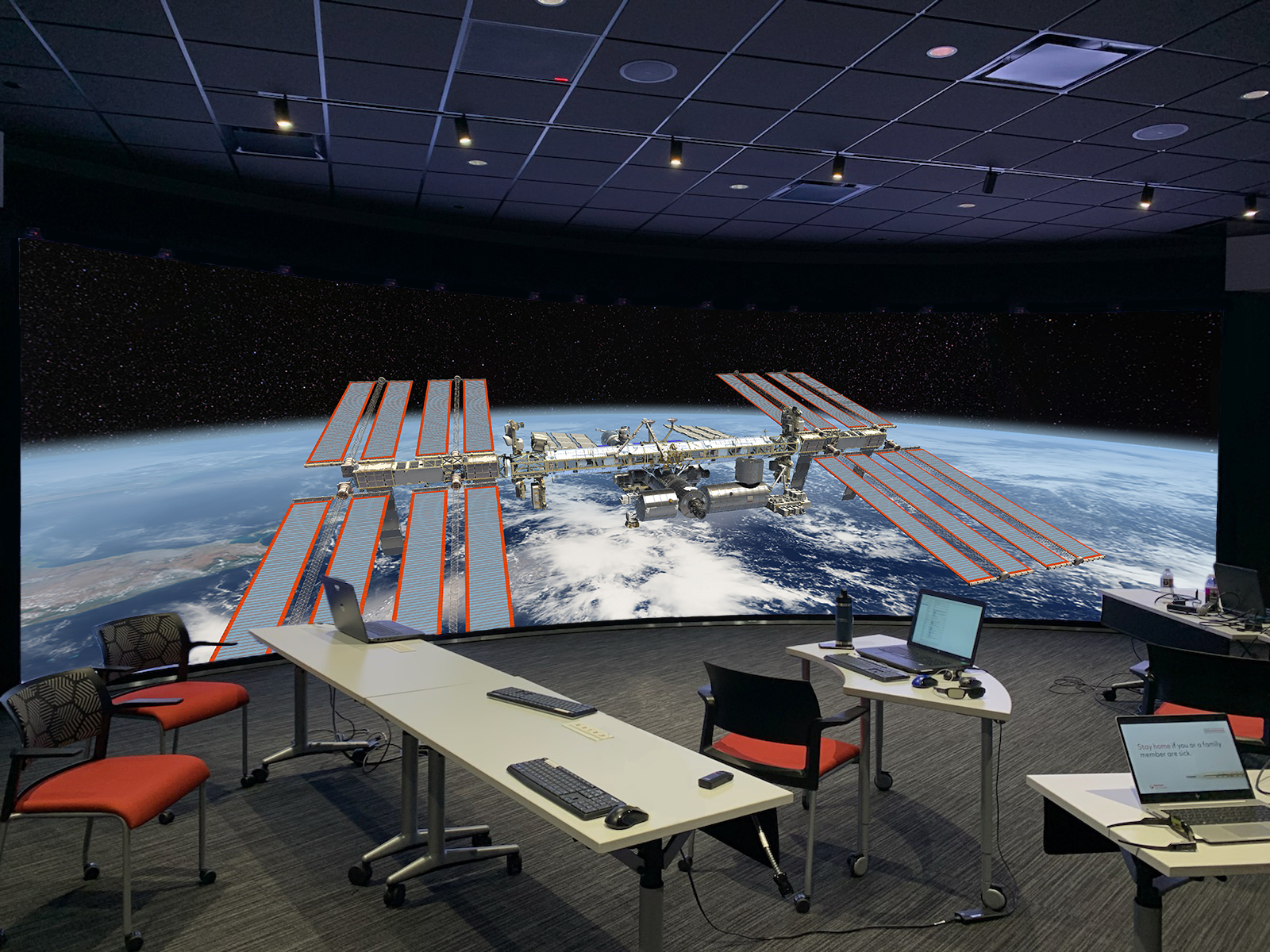 Sony and Mechdyne collaborate in the aerospace arena

Sony and Mechdyne recently collaborated to create a Crystal LED installation for 3D simulation for a government contractor customer in the aerospace industry.

According to Sony, the customer needed a visualization and simulation environment that matched the advanced designs of engineers who needed detailed and immersive images for design reviews. The company said the project required cutting-edge 3D display technology combined with design, integration and virtual reality expertise to enable diverse use cases and multiple image sources.

Sony revealed that the centerpiece of the project was a curved 32 ‘x 9’ 8K Sony Crystal LED direct-view display system, one of the few curved Crystal LED walls in existence. The extra large aspect ratio required special programming to ensure the display of complex CAD models in their native format.

According to the company, the Crystal LED technology, modular in nature, accommodates virtually any size or aspect ratio. Sony also pointed out that the 1,000,000: 1 contrast ratio of the LED displays different color depths for enhanced picture quality, while the extra wide viewing angle ensures an impactful experience for attendees. Sony has also said that the technology can be used in a wide range of applications, but its colors, textures and resolution are particularly valued by the virtual design industry which relies on fine detail and analysis for precision and accuracy.

Both companies said the large display will provide users with user-friendly and intuitive collaboration while viewing 3D virtual reality designs, a feature that is not available to groups using head-mounted VR displays.

Sony and Mechdyne have revealed that the latter has integrated and programmed the installation to suit various use cases. According to Mechdyne, the included windowing system was able to display stereoscopic 2D and 3D content from multiple sources anywhere on the screen.

The company said the video wall was programmed with Mechdyne’s Meeting template software to display up to four HD inputs and four UHD 4K inputs simultaneously. In addition, the system was a virtual reality activated by 16 motion tracking cameras so that a user’s position and orientation could be monitored in real time. This feature has been added to allow image changes to match the perspective of the image based on user movements. The design also included support for finger tracking to monitor the position and orientation of a user’s hand relative to on-screen components.

Mechdyne engineers said they built the display into the main wall so that it would appear as part of the structure. By building a custom frame and base to bring the panels as close to the ground as possible, they wanted to create a portal-like effect. According to the company, auxiliary flat panels were installed elsewhere in the space and at the entrance, while 7.1 surround sound filled the room from discreetly positioned speakers.

Finally, to complete the setup, Mechdyne said they included a checkpoint from which a meeting facilitator could create and manage work sessions and dynamic presentations.

Test the correct operation and operation

At the start of the project, the company revealed that Mechdyne’s internal team of control programmers had examined the use cases in depth to ensure that the windowing software and user interface met the customer’s needs. â€œThe advanced set-up at the Mechdyne Engineering Center verified the integrity and function of the system prior to installation,â€ said Chad Kickbush, general manager of Mechdyne’s integrated systems business unit. Kickbush added, â€œThe system has been made fully functional, including screen integration, windowing software, custom user interface programming, and the computing power to make it all work.

Sony mentioned that the customer also performed a Factory Acceptance Test (FAT) to approve the interface and functionality before shipping, while the offsite set-up allowed Mechdyne to perform the integration. onsite quickly, accurately and with minimal disruption to the customer’s daily operations. .

Sony and Mechdyne both viewed the collaboration project as a success. â€œThe compelling visuals provided by Sony’s detailed Crystal LED display have been further enhanced through the collaboration with Mechdyne, who implements cutting-edge technology in a way that amplifies its inherent power in supporting major customers. and government applications, â€said Sander Phipps, National Accounts Manager for Visualization and Simulation at Sony Electronics.

Phipps added that the collaboration has helped “the web really come to life in a way that inspires and empowers our users.”

As the system remains confidential, no details have been provided on the example use cases and the results of initial and continued use.