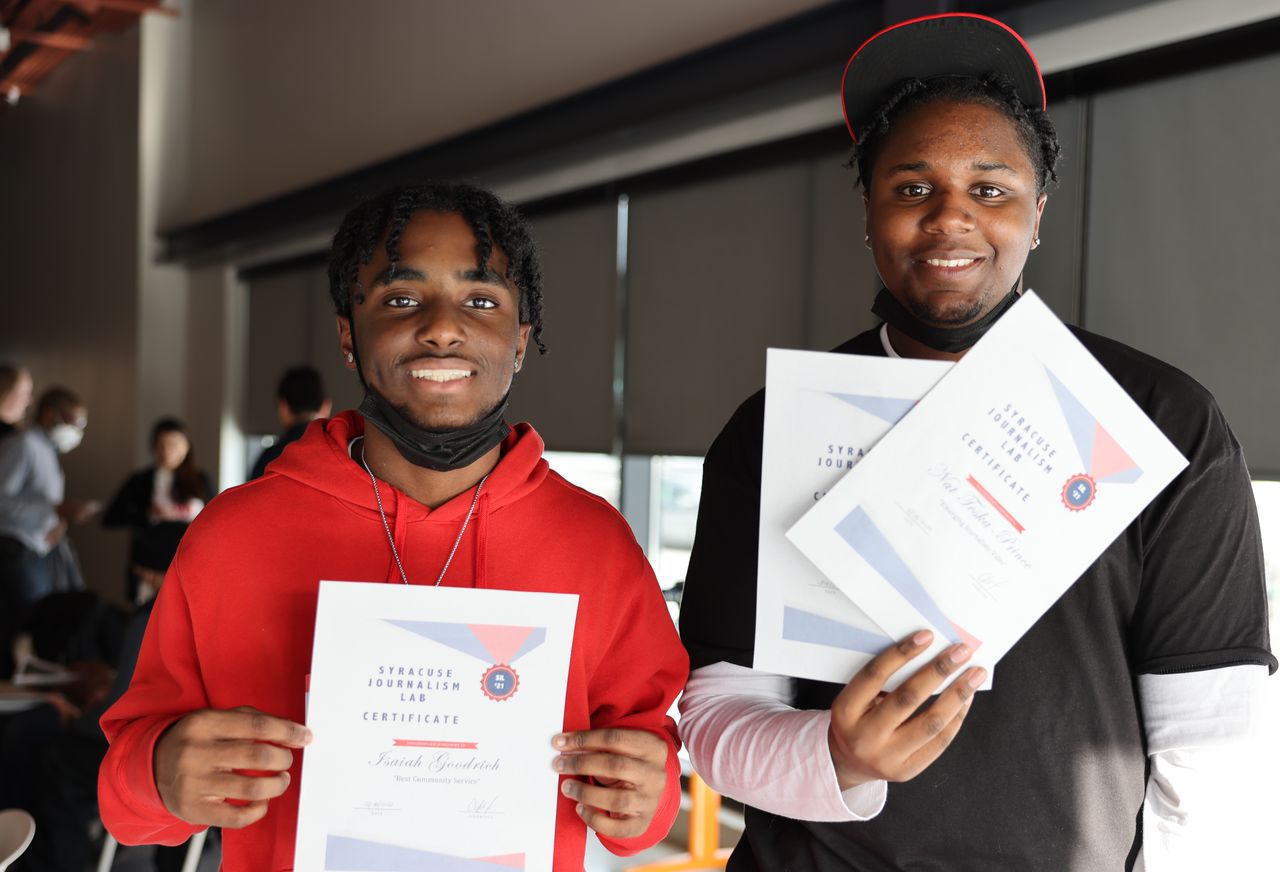 A new program aimed at training the next generation of journalists has completed its first class of graduates at ITC, the Syracuse Central Institute of Technology.

The Syracuse Journalism Lab was launched in September 2021 to prepare young people for careers in journalism and media. The Lab’s first class graduated Friday at the Salt City Market.

The long-term goal of the program is to broaden the diversity of those working in local newsrooms, increasing the pool of talented Syracuse journalists to hire in the future.

The Journalism Lab is a collaborative effort between the Syracuse Press Club, The Stand Newspaper, and the Syracuse City School District. The lab was funded by a grant from the John Ben Snow Foundation. The booth served as the lab’s fiscal sponsor and Advance Media New York (which owns Syracuse.com) was a corporate sponsor.

The program used the grants to hire Buffalo journalist Camalot Todd as the program’s educator. Todd visited the class weekly from September to February to teach journalism and media criticism.

“It was energizing,” said Todd, mental health reporter for Spectrum News 1. “I’ve been in journalism for so long that I’ve forgotten how fascinating this profession can be. industry through their eyes, witnessing their enthusiasm. It was great to see the drive and creativity of these kids…it was just an honor. I learned so much from them.

Todd also created lessons in media literacy to encourage the class to be critical consumers of news as well as producers of news.

“Students leaned heavily toward lessons on race and representation in media,” Newell said.

Several students said they wanted to see more diversity in local newsrooms and in stories covered by local media.

“Everyone naturally has a bias,” said student Bobbi Griffith. “So if there are different voices, genders and ethnicities [in newsrooms] then we will have less prejudice, because it is simply a broader scale of opinions.

Fifteen students completed the program by completing an essay in journalism or media criticism. Eight of these graduates presented their work on February 18 at the Salt City Market.

“The children’s voices in the city of Syracuse are the most powerful voices and they have the best stories I’ve ever heard,” Newell said. “They were able to amplify their voice through their projects. They felt like they had a platform to say things they wanted to say, or maybe were afraid to say.

Student Cashmere Dancil has published her first story in The Stand about finding a balance between schoolwork and employment. Student Jasper Cotroneo wrote and illustrated a graphic comic about gender identity and the mental health of trans youth.

“I don’t know if print journalism is my chosen field, but I definitely enjoy it now,” McGiveron said. ” I like photography. Photojournalism is still my favorite.

“I’m interested in being on camera,” Teska-Prince said. “I could see myself on ESPN one day, commentating and doing the Olympics like Mike Tirico.”

The lab paired students with mentors from local newsrooms and media organizations, such as Ashley Kang of The Stand, Solon Quinn of Solon Quinn Studios, and Doug Dowty, James McClendon and N. Scott Trimble of Syracuse.com.

The class also welcomed national journalists into the classroom, like Natasha Alford, CNN political analyst and senior correspondent at the Grio.

Many Lab graduates plan to pursue studies in journalism or communications at university.