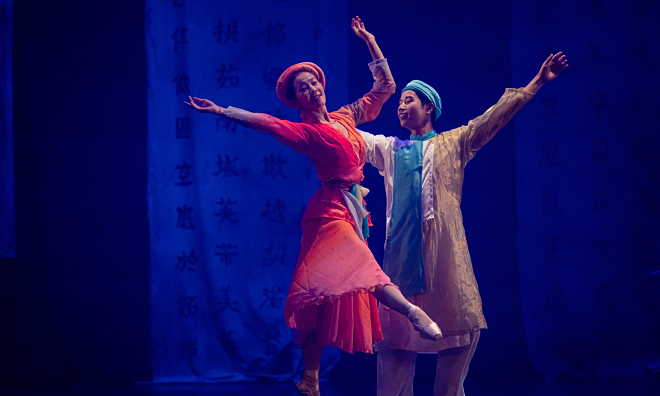 ‘Kieu’, the first ballet based on Nguyen Du’s epic poem ‘The Tale of Kieu’, is set to be staged again in Ho Chi Minh City after two years.

The public will be able to see it on August 20 at the Opera.

Tran Hoang Yen plays the main role, that of Thuy Kieu, and the show is directed by Tuyet Minh.

The ballet won a medal at the 2021 National Dance and Music Festival in Buon Ma Thuot in June.

Projection of holograms (3D stereoscopic image) was used throughout the performance. During scene practice, Tran Hoang Yen (as Thuy Kieu) and Kim Tuyen (as Dam Tien) had to immerse themselves in water for seven to eight hours in the middle of winter in Hanoi for the team to checked in.

The work also uses traditional musical genres such as Ca Tru, Xam and Tuongand ethnic instruments like the moon lute and 16-chord zither.

‘The Tale of Kieu’ tells the story of a talented and beautiful young woman named Thuy Kieu who has to sell herself in marriage to save her family and is then forced into prostitution.

Over the years, Nguyen Du’s 3,254-line masterpiece has been translated into multiple languages ​​and adapted into various art forms.